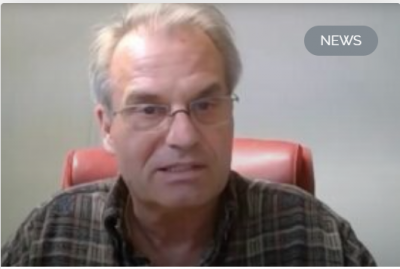 Licensed to practice law in Germany and the US, trial lawyer for 26 years Reiner Fuellmich is one of four German Corona Investigative Committee members involved in documenting damages from what he calls the invented US/Western “corona crisis.”

Based on what’s already known, he renamed it the “Corona Scandal, stressing:

Responsible parties “must be criminally prosecuted and sued for civil damages.”

Along with over 1,000 lawyers and more than 10,000 medical and scientific experts, he and his team began legal proceedings against the Pharma-controlled CDC and WEF dark forces for all things related to flu/covid crimes against humanity.

Besides masks that don’t protect and risk respiratory harm, PCR tests nearly always wrong when positive, and destructive to normal interactions social distancing, Fuellmich called flu/covid jabs designed to harm health, not protect and preserve it as falsely claimed, in breach of the Geneva Conventions, the Nuremberg Code and other human rights laws.

Explaining his mission, he said he and other Corona Investigative Committee members began listening to (evidence presented by) a large number of international scientists and experts…to find answers to questions about” what’s gone on since early last year.

Major cases of corporate “corruption and fraud…pale in comparison (to) the extent of the damage that the corona crisis has caused and continues to cause,” he stressed, adding:

“On a political level, everything must be done to make sure that no one will ever again be in a position of such power as to be able to defraud humanity or to attempt to manipulate us with their corrupt agendas” — especially on what relates to health and well-being.

He cited “three major questions to be answered in the context of a judicial approach to the corona scandal,” as follows:

“1. Is there a corona pandemic or is there only a PCR-test pandemic?”

“(D)oes a positive PCR-test result mean that the person tested is infected with (flu/covid), or” is the test not designed to measure viral infections as part of state-sponsored mass deception on all things covid?

2. Do so-called “anti-corona measures, such as the lockdown, mandatory face masks, social distancing, and quarantine regulations, serve to protect the world’s population from corona, or do these measures serve only to make people panic so that they believe – without asking any questions – that their lives are in danger, so that in the end” Pharma can cash in big on a bonanza of profits?

3. “Is it true that the German government was (heavily) lobbied” to go along with the made-in-the-USA mother of all scams?

“Germany is…particularly disciplined…and was (chosen to be) a role model for the rest of the world for its strict and…successful adherence to the corona measures.”

Answers to the above and related issues “are urgently needed” because despite claims of flu/covid hazards to health and well-being to push toxic mass-jabbing, no “excess mortality (occurred) anywhere in the world…certainly not…in Germany.”

Yet measures in place to combat an invented threat “caused the loss of innumerable human lives and have destroyed the economic existence of countless companies and individuals worldwide.”

What’s most important is “establish(ing) facts” based on science from medical and scientific experts, Fuellmich stressed.

Summarizing what he and his team seek to determine is:

“1. How dangerous is the virus really?

2. What is the significance of a positive PCR test?

Positive PCR test results are the foundation on which the mother of all scams is based.

According to numerous “highly respected scientists” and medical experts there’s no “corona pandemic…only a PCR test pandemic” based on false analysis.

“If it weren’t for the test results that are constantly reported in the media, the pandemic would be over because nothing really happened.”

“There are at least four coronaviruses that are endemic and cause some of the common colds we experience, especially in winter.”

“They all have a striking sequence similarity to the coronavirus, and because the human immune system recognizes the similarity to the virus that has now allegedly been newly discovered, a T-cell immunity has long existed in this respect.”

Some “30 per cent of the population had this before the allegedly new virus even appeared.”

“Therefore, it is sufficient for the so-called herd immunity that 15 to 25 per cent of the population are infected with the allegedly new coronavirus to stop the further spread of the virus. And this has long been the case.”

On PCR tests, Yeadon et al said, “The likelihood of an apparently positive case being a false positive is between 89 to 94 per cent, or near certainty.”

Nothing justified draconian policies to protect against an alleged threat at most too minor to matter.

According to him, it concluded that “there was…no sufficient evidence (of) serious health risks” to justify imposition of draconian policies, adding:

Many medical and scientific experts, as well as lawyers and judicial scholars, know that state-sponsored fear-mongering mass deception replaced the rule of law with totalitarian control — with diabolical aims in mind.

Fuellmich believes that all things flu/covid and related facts will be proved true in one or many courts worldwide.

Facts based on science “will pull the masks off the faces of all those responsible for these crimes,” he said, adding:

“To the politicians who believe those corrupt people, these facts are hereby offered as a lifeline that can help (aggrieved parties) readjust…and start the long overdue public scientific discussion (to hold culpable) charlatans and criminals” responsible for their high crimes against humanity.

Stephen Lendman is a Research Associate of the Centre for Research on Globalization (CRG).

GET READY KIDS,AMERICA IS THE MOST DEMONIC NATION IN HISTORY,the people are ALL in denial and they won’t listen,OUR FATHER will take what few he has in america and then let them kill each other till they’ve wipped out their population to zero,AMERICANS ARE COMPLETELY INSANE,theres NO reasoning with them,they have a VEIL OVER THEIR EYES and EARS…they have NO UNDERSTANDING ABOUT ANYTHING…THE US GOVERNMENT AND THEIR MILITARY WANT TO KILL EVERYONE ON EARTH,by command of THE SON OF PERDITIONS ORDERS..BARACK OBAMA,the true face of EVIL….