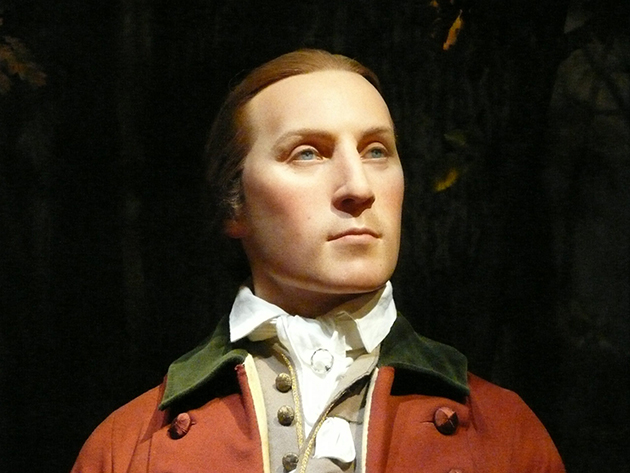 To honor America’s vision along with those who served to protect it, we should remember how that vision was put into words as well as actions by perhaps our most indispensable veteran—George Washington.

Washington was essential to our revolution’s success, the creation of our Constitution and the precedent of how to govern under it. Perhaps most telling of the latter is the fact that he voluntarily stepped down from power out of principle, which King George III said made him the man of the age.

Washington knew his efforts were a means to an end—maintaining liberty. We would profit by reflecting on his words and whether the vision we act upon today reflects that vision or distorts it.

Without George Washington, America, which he called “this land of equal liberty,” with “the fairest prospect of happiness and prosperity that ever was presented to man,” would probably not exist.

During many years as “first in war, first in peace, and first in the hearts of his countrymen,” George Washington left us a legacy of wisdom in what he said as well as what he did.

Gary M. Galles is a Professor of Economics at Pepperdine University and a member of the Foundation for Economic Education faculty network. His research focuses on public finance, public choice, economic education, the organization of firms, antitrust, urban economics, understanding liberty, and the problems that undermine public policy. In addition to his new book, Pathways to Policy Failures (2020), his books include Lines of Liberty (2016), Faulty Premises, Faulty Policies (2014), and Apostle of Peace (2013).