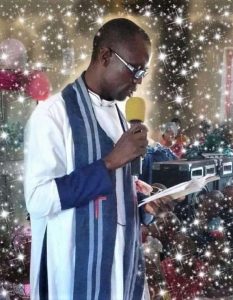 The Rev. Danlami Yakwoi of the Evangelical Church Winning All (ECWA) was kidnapped on July 12 along with two of his sons and a nephew in Tawari, Kogi state, and died after being tortured, church secretary Musa Shekwolo said.

“One of his children who was kidnapped along with him was released on Sunday, July 25, and he informed us that his father died a day before his release by the herdsmen,” Shekwolo told Morning Star News by text message. “The pastor’s captors are yet to release his corpse to his family, and two of his family members are still being held captive.”

Pastor Yakwoi’s family paid a ransom for the release of his son, Shekwolo said.

“Please be in prayer with his family and the church at this trying moment,” he said.

“He was kidnapped by Muslim Fulani herdsmen at 8:30 a.m. in the premises of the hospital,” Esther Audu told Morning Star News by text message.

The chairman of the Nigerian Medical Association (NMA), Dr. Omakoji Oyiguh, confirmed the abduction in a press statement.

“Please be in prayers with us,” Oyiguh said.

In Koton Karfe, Kogi state on July 14, Fulani herdsmen kidnapped an unidentified pastor and his wife, an area resident said, but it was not possible to independently verify the report.

In Kaduna state, 28 of the more than 120 students abducted from Bethel Baptist High School earlier this month have been released. The AP reported that a total of 34 of the students had been released or had escaped.

More than 80 children remain in captivity by the gunmen, the Rev. Israel Akanji, president of the Baptist Convention, reportedly said. Church officials returned the released students, who had been kidnapped in the wee hours of July 5 by suspected Fulani herdsmen, to their parents at the school on Sunday (July 25).

Akanji reportedly said the church paid no ransom for the students but could not stop their the families from taking action to win their release. The kidnappers have reportedly demanded 500,000 naira (US$1,214) for each student.

Nigerian Police spokesman Mohammed Jalige said security forces and civilian defense forces found three of the kidnapped students in the wilds on July 12, and that two other children escaped on July 20 while they were gathering firewood.

Nigeria led the world in number of kidnapped Christians last year with 990. In Open Doors’ 2021 World Watch List of the countries where it is most difficult to be a Christian, Nigeria broke into the top 10 for the first time, jumping to No. 9 from No. 12 the previous year.

Nigeria was the country with the most Christians killed for their faith last year (November 2019-October 2020), at 3,530, up from 1,350 in 2019, according to the World Watch List report. In overall violence, Nigeria was second only to Pakistan, and it trailed only China in the number of churches attacked or closed, 270, according to the list.