You are here: Home » Prophecies » United States Prophecies » California Prophecies » From up high, I looked down across California and saw explosions, fires, chaos and destruction. The whole state looked to be a war-zone.
Share this post: 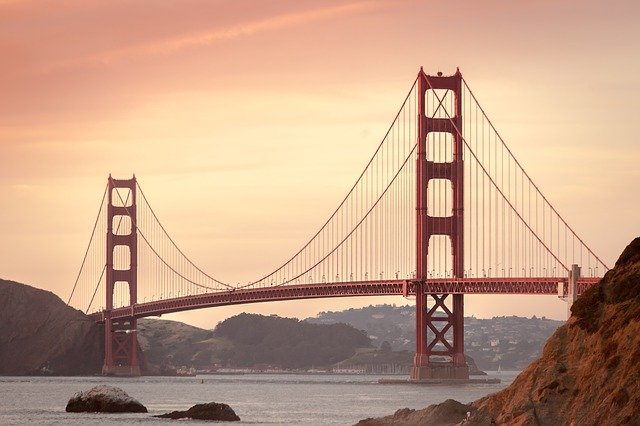 My dreams are where God often likes to meet me in the night, and last night He gave me a dream of California.

In the dream, it was as though I was an eagle flying alongside Jesus high above the state. From up high, I looked down across California and saw explosions, fires, chaos and destruction. The whole state looked to be a war-zone.

Then, Jesus looked over at me and said, ‘Let’s take a closer look.’

This scene was like out of a movie where a satellite zooms in close from space, directly onto a specific target. We zoomed in to what I perceived to be the prophetic heart of the State and suddenly, it was as though I was inside a giant clock, watching the inside cogs ticking and turning. The giant wheels were seemingly jammed, ticking very slowly and struggling to move, as though the clock itself was dying.

Jesus then looked at me again and said, “This is where it shifts. Behind the scenes. The enemy likes to display his game plan as a loud, clanging symbol, but I win the battle behind the scenes in the unexpected. I am sending My people into the heart of the matter. They will repair the time. In stealth, they will begin to shift the culture from the inside out. So don’t lose heart… fight from the inside, out.”

I then began to see scenes playing out before me of God’s sons and daughters impacting their local workplaces and communities, shifting cultural mindsets and ideologies from right where they were. As this happened, the wheels of the giant clock that were previously struggling to turn, began to move more and more freely. I looked over at Jesus and saw He had a cheeky smile on His face as He poured fresh oil over its wheels.

I want to encourage those of you in California, YOU ARE CARRYING THE FRESH OIL that will heal this State. Yes, the enemy thinks he has won, but his game plan hasn’t strategized correctly, for he hasn’t prepared for the seemingly little movements of God through His people that will overturn this State for the Glory of Jesus. God is on the move in California!

So pick yourself up and go and release Jesus today into your local regions. Watch as the battle shifts through the oil YOU release. California belongs to Jesus.

Christy and her husband Nate host online courses to train, equip and empower people as they walk through deep inner healing, identity issues. They release regular encouragement and prophetic words to the body of Christ through social media and create simple, bible-based books and resources to help edify and empower the body of Christ to walk in their full authority and identity as Sons and Daughters of the King.

Everyone is leaving Cali, but it is ironic that my wife and I believe we are called back to be with a small fellowship in the northern area. My young son and daughter presently live there. My son is very new to Jesus and just got baptized. So if we go back, we can encourage him. If it all works out (a big move for us), we would like to be a blessing to that little northern town. I already know the Lord has shown me it will be hard there one day. I feel awkward going but we want to stay in the center of Gods will. Thank you Christy for sharing this. This really encouraged me to press on to do his will. – tim

well done! <Love is patient, Love is kind. It does not envy, it does not boast, it is not proud. it is not rude, it is not self seeking, it is not easily angered, it keeps no records of wrong.> 1cor. 13:4-5 We are here to Be His Light where darkness wants to take over. I bless you & your family in your next seasons. Terry

Thank you for your lovely response..about the Christian Love.
I had forgotten the scripture, though so well known from Corinthians.
It has been really a hard journey.
Be blessed

Paul, I have prayed for you. Seasons in our journey can sometimes seem to never end.I share from you experience that the following words are true: <After you have suffered for a little while, the God of all grace, who has called you – Paul – to his eternal glory in Christ, will Himself restore, confirm, strengthen, and establish you.> 1 Peter 5:10 I would encourage you if you have the gift of tongues to pray in the Spirit each day. The results are evident. Blessings to you Paul and your loved ones. Terry

Thank you Terry.
Well received and I do so everyday in the Spirit. Like all believers, expecting the long suffering to be over and be in His eternal rest forever.
I live in the Northeast tri state area, and looking for fellowships like the underground ones in China, India……and be a part with passion, do not know how this will come about.
Without blaming anyone, I am tired of going through the motions etc and so stay at home. I have tracts in my bag ready to give and then wonder, looking at the so sorry state of affairs all around.
Longing to go “Home”
Be blessed and thank you. Amen

Greetings in Jesus’ Name! 🙌🏼
Over 40 years ago (Wow, doesn’t seem that long ago!) Jesus directed me to move from my birthplace; Washington, D C; a thriving and dynamic SPIRIT FILLED ministry—-to a small rural town in West Tennessee. It was quite a culture shock and it took me a few years to adjust to the much slower pace.

Although at first, I must confess that I wasn’t very thrilled about the relocation. But as the years went by, I grew so much CLOSER to JESUS ❤️ And the Lord truly blessed me with MORE opportunities to be a living witness for Him. The Lord directed me to start an OUTREACH MINISTRY during this time. I thought at one time He would allow me to pursue a career in broadcasting. I was able to train at a local Gospel Radio Station and then apply & obtain a LIFETIME FCC License. Worked as a Gospel Radio announcer and DJ @ several radio stations. But that was not Jesus’ “career path” for me, and I’m very grateful for OBEYING HIS VOICE and allowing Him to lead me into HIS “PERFECT WILL” for my life! ❤️🙌🏼🔥