You are here: Home » Church » Remnant » Come on folks when are we going to mature?
Share this post: 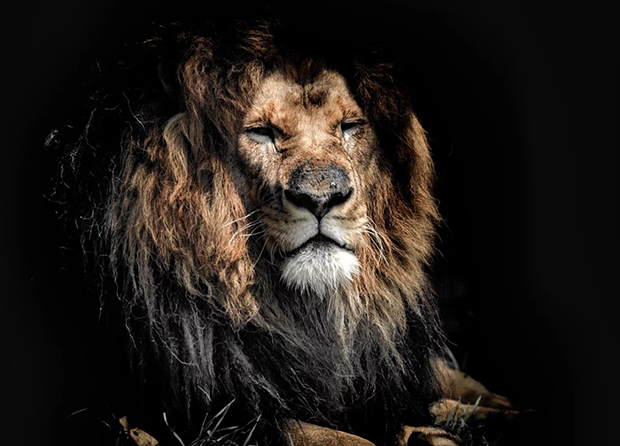 Do you know anyone lately who prayed for a deaf and dumb person, seen them miraculously healed, and commanded them not to tell anyone? (Mark 7)

This will be the mark of the third day church, a people who need no applause and recognition for doing what they see their Father in heaven do, a people who understand true authority and power come from being hidden in Christ, a people who don’t do deeds of righteousness to be seen by men, and won’t miss out on their reward in heaven. (Matthew 6:1)

I don’t know about you, but I want my reward in heaven. When we desire to be “seen” by men, we aren’t “hidden” in Christ. (Colossians 3:3) Doing your acts of “righteousness” for the pay off of being seen, which really is to “impress” people, is actually in short, prostituting the gift. You receive a pay off, you receive man’s reward, but you lose His reward. How horrific!!! What an awful pay off!

However many unknowingly are trading their heavenly rewards by seeking to impress man, receive man’s praise and acceptance, and take credit for moves of God, bragging on their successes and works for the kingdom.

Come on folks when are we going to mature?

When we get to the point where miracles are flowing and souls are getting saved and instead of getting on Facebook and broadcasting how great we are because God is doing this and that though our ministry, or making 45-minute videos displaying the glory of our ministry and “numbering the people” and the statistics of those impacted by our ministry; but rather truly giving God the Glory, we will see true mature sonship come forth and in turn will then see nations be drawn unto him. John 12:32 says; when Jesus is lifted up from the earth, all men are drawn unto him.

David caused great destruction upon his kingdom for numbering the people. This example offers great insight into God’s ways and His heart. This scenario is a picture of how unfavorable this behavior is to God, as it speaks a message of pride in our successes. But somehow in our modern culture, it has been accepted and we aren’t really moved by how God sees it, but rather our culture defines and measures success. (1 Chronicles 21). There is nothing wrong with rejoicing in victory, seeing fruit and achieving, publicly testifying and giving glory to God, but God does have a problem when we boast in it.

This end time harvest we all talk about will come in when the sons come forth into maturity and instead of desiring the Glory will be giving the glory to God because they walk in the place of being hidden in Christ. So if we are hidden in Christ, guess who will be seen? Yes, that’s right, Christ!

Let another man praise you and keep your reward in heaven. (Proverbs 27:2)

You have done well, this is excellent knowledge. The adversary, enemy of our soul would tempt us to seek recognition. It is what we have been geared to in this world all of our lives, to be successful and to be seen. God often will take the most unlikely person to do the most spectacular thing, I really love that about Him.

Actually, we are in a war and our spiritual strategy has to be the same as a Military strategy. We do reconnaissance, recognize the tactics and terrain and then move forward. A big part of any offense is stealth.

So, attracting attention to ourselves is like calling “open season” hunting, sitting ourselves up for attack.

We are to war for God in spiritual places and we are to obey the command to heal, however our good for His Kingdom is to be kept between us and God. Pray, seeking His face, His precepts and when the Holy Spirit commands action, do it without question. The approval of God is more important than that of man.

Billy Graham
Every Good and perfect gift are from above , coming down from The Father of Heavenly Lights,
Who does not change like shifting shadows. James 1:17

Actually, the revival has already begun but most Christians don’t know it because it’s so “under the radar.” Which is exactly what Anita is describing. I personally know dozens of Christian leaders on every continent who are training others in great humility to make disciples who make disciples, who start simple reproducing churches (which often meet in homes) that also reproduce. Two sets of colleagues in India have seen over 10,000 house churches started in the past five years, with tens of thousands of new believers (Every year they share the numbers but I lose track)

Another friend who has built rapport with movement leaders around the world has been given data from every country where there has been a verified people group movement of churches planting churches. These movements have no big budgets, no famous people preaching on stages, no big names leading healing crusades- just ordinary believers reproducing disciples and starting simple churches with no money and no paid staff. And here is what my colleague says- in the past 20 years there have been 75 million NEW BELIEVERS join God’s Kingdom through these simple reproducing movements. I believe his data because I know a number of the leaders who have helped launch those movements. And none of them have names anyone here would recognize because these people have one goal- like John the Baptist they work to decrease and see Jesus increase. Great is their reward in heaven.

Friends, the end times harvest has already begun and it started about 20 years ago. Anyone can be a part of it- but like Anita says it requires a maturity to put down the social media bragging and to work hard behind the scenes to make others excellent at making disciples. Hard work. Worth it.

I copied this from your words:

“This will be the mark of the third day church, a people who need no applause and recognition for doing what they see their Father in heaven do, a people who understand true authority and power come from being hidden in Christ, a people who don’t do deeds of righteousness to be seen by men, and won’t miss out on their reward in heaven. (Matthew 6:1)”

Excellent!! I know of no one who has understood this, nor stated this so succinctly.

Now, dig deeper scripturely, and build on this with regards to yourself and His calling for you.

“MANY are called, but FEW are chosen.”