You are here: Home » Church » Judgment » “The flood waters of deception shall rise high on the earth and cover all nations.”
Share this post: 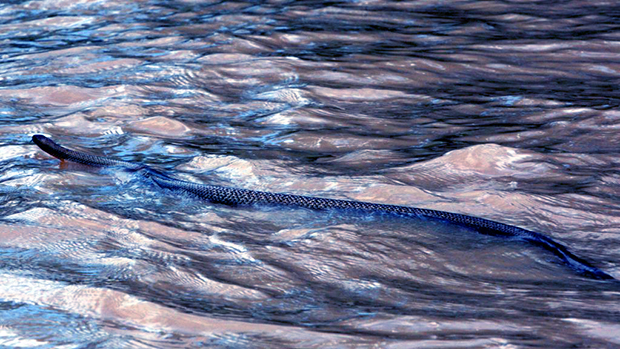 Last week I received the following word while in prayer.

“There is a deluge of deception coming. It will flood the earth and destroy all that is not of Me. Many will be swept away by the flood. As in the days of Noah, so will it be.

For soon I will separate My people unto Myself. I will separate the wheat from the tares, the sheep from the goats, the righteous from the unrighteous, those who love truth from those who will not receive the love of the truth that they may be saved.

The flood waters of deception shall rise high on the earth and cover all nations. Only those found in Me will be spared as a father spares his only son that serves him. Those who reject my son will drink of the cup of strong delusion and they will not be able to resist it. They will believe the lie. This is My judgment on those who have rejected truth.”

Let both grow together until the harvest: and in the time of harvest I will say to the reapers, Gather ye together first the tares, and bind them in bundles to burn them: but gather the wheat into my barn. (Matthew 13:30)

And for this cause God shall send them strong delusion, that they should believe a lie: That they all might be damned who believed not the truth, but had pleasure in unrighteousness. (2 Thessalonians 2: 11,12)

But as the days of Noah were, so shall the coming of the Son of man be. For as the days that were before the flood they were eating and drinking, marrying and giving in marriage, until the day that Noah entered into the ark, and knew not until the flood came, and took them all away. (Matthew 24:37-39)

And they shall be mine, saith the Lord of hosts, in that day when I make up my jewels; and I will spare them, as a man spareth his own son that serves him. Then shall ye return, and discern between the righteous and the wicked, between him that serves God and him that serves not. (Malachi 3: 17-18)

Copied and pasted this post, with video included from “Light Has Come” site.

“Well Donald’s (Trump’s) true colors are now coming out for all to see. He calls himself a Christian yet just celebrated the pagan god of Hinduism Diwali and lit the candles. Oh my, we are sealed now more than ever to our demise. He does not follow our God people. A true Christian President would never do this.

Are you all waking up finally? Father said they are all “wearing masks” and now the masks are coming off. They don’t care anymore and are now showing us to our faces whom they are.”

WATCH THE VIDEO ABOVE FOR YOURSELF AND READ THE REST OF IT.

U.S. President Donald Trump has celebrated the Hindu holiday of Diwali, known as the festival of lights, in a lamp-lighting ceremony in the Oval Office.

Indian-American members of the Trump administration, including U.S. Ambassador to the United Nations Nikki Haley, gathered with the president Tuesday as he read an official statement and lit the ceremonial oil lamp known as the diya.

In his statement, Trump said, “We especially remember the people of India, the home of the Hindu faith, who have built the world’s largest democracy.”

Speaking to Indian-Americans in the room and elsewhere, Trump said, “You have made extraordinary contributions to art, science, medicine, business and education.”

He continued, “America is especially thankful for its many Indian-American citizens who serve bravely in our armed forces and as first responders in communities throughout our great land.”

In celebrating the holiday, Trump said, “We reaffirm that Indian-Americans are truly cherished, treasured and beloved members of our great American family.”

Vice President Mike Pence also tweeted a Diwali greeting, saying, “May we all strive for peace, prosperity, and the triumph of light over darkness.”

Thank you Peggy for sharing this important piece of news. Is it just me or do the majority of Christians willingly close their eyes to the effort he is putting into promoting other religions. I would think even if you were a baby Christian the Holy Spirit would bring great conviction if you sought to participate in ceremonies tied to other Gods.

I believe that the great deception will be the return of the fallen ones. They will tell the masses that they are our brothers (watch whoever the pope will be at that time)! He will be the one who will reveal it all. The first sentence Jesus said to the disciplines in Matthews 24 BE NOT DECIEVED when referring referring to the end of days……

Technology will play a huge role in this deception.

I agree 100% Matt. I’m thinking transhumanism is a key component of the mark of the beast.

I was reading James’ post about 15 things that must happen before the return of the Lord. If you read that post it really won’t take long for each one to happen in succession once they begin. Someone mentioned that Obama is having an event on October 31. I wonder if this could be the start of something to start the ball rolling. One false flag could easily start a major war. Which would start a chain of reaction. Just felt this because I am so ready for the Lord’s return. The wickedness of the world is becoming unbearable.

I agree. Once the events start things will progress rapidly.

We r entering into the last Great Awakening which might last 3 yrs then Believers must be trained for the Final Battle in the End Times! It takes time for so many prophesies to happen but know for certain that it is God’s Will that All Men be Saved (1 Tim 2:3-4)! People must hear Truth before the Great Deception occurs!

Yes Taryn I believe God is sending a mighty testimony through his endtime harvesters. They will preach with power and conviction for this final harvest. I believe those that refuse that testimony will be deceived and believe the lie.

Our redemption draweth nigh……closer than most think I believe. While some project out into the future of what will God be doing with the church in the 2030’s and 2040’s and even the 2050’s………I really don’t see how a world that’s ready to explode and come under the anti-Christ system will go along as normal for decades. The time is very soon……and for American’s, it’s even sooner than that, because I believe we are the last domino stumbling block to the NWO and the AC

May the show begin . . .for the past 5 years I’ve been warning and spreading the Gospel. The mockers and scoffers are not believing the watchmen unless big events happen, so it’s time for the show to begin according to God Almighty’s Holy Will.

I wonder if this is not the alien agenda we have read about?. I often wonder what would turn every one against Christians that do no harm. Now if the aliens were to appear and understand that aliens are nothing but demons in bodies without souls and the return of the nephilim. But if they were to return in a show given by project blue beam. and they said they put man here eons ago. and had returned to save mankind. and to join their belief you had to take a rfid chip in your right hand. The Christians that understand would not take the chip or join their church. This would turn everyone against Christians and against Christianity. and be the lie that God would allow them to believe.

One
Reply to  d ames

The great deception will be that the antichrist will come and counterfeit the name ‘Jesus’. The antichrist will walk this earth claiming to be ‘Jesus’ which he is not and deceive people into receiving the mark of the beast. Even many christians will fall into this deception. The real YAHUSHUA/Jesus of the Bible will come later to destroy this antichrist.

it is crucial to know and understand the antichrist will deceive the masses by using and counterfeiting the name Jesus so don’t fall into this trap.

I do not know what the aliens will do or what their message will be.

This is why it is important to have a deep relationship with Jesus (and be filled with the Holy Spirit) in order to discern and avoid unnecessary pitfalls. John 10.

If you fall into the deception. Does it mean you were never a true follower of Christ?

Not according to the Bible:

For it would be better for them not to have known the way of righteousness, than having known it, to turn away from the holy commandment handed on to them. (2 Peter 2:21)

william michael
Reply to  One

For all the non-Christians and secularists out there, like my family, even so, they would never follow someone claiming to be someone (Jesus) from millennia ago. It wouldn’t matter what miracles ‘he’ did as they have a bias against Christ in the first place. They also wouldn’t care if Christians warned otherwise, and certainly not bothered enough to act against them either.

One thing that we can know without a doubt is that the miracles themselves play an important role in the deception because scripture is clear that they are deceived by the miracles.

Thanks for sharing Ming.

For millions to fall for some alien delusion, they would have to see real 3D space ships, aliens, technology, etc. So, where exactly would these alien ships have been built? Yes, of course, I know that deception can include illusions and trickery but they turn out to be only that. This UFO/alien reveal would require real evidence of their physicality in this world for the whole world, comprised of many agnostics and atheists, scientists who want proof, etc, to believe it.