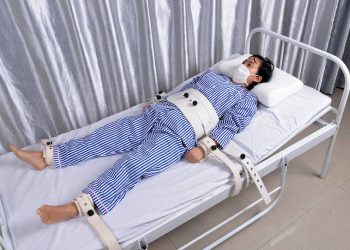 Abstract – “The main risk of death or serious harm to public figures in western countries comes not from terrorists or criminals, but from the activities of lone individuals with intense pathological fixations, the majority of whom are mentally disordered. We report preliminary efficacy data from the Fixated Threat Assessment Centre (FTAC), the first joint police/National Health Service unit in the United Kingdom, which was set up to assess and manage such risks. One hundred consecutive cases assessed as being of moderate or high concern were examined. Eighty-six per cent suffered from psychotic illness. Following FTAC intervention, 57% were admitted to hospital by local psychiatric services, and 26% taken on by community psychiatric teams. Concern levels were reduced to low through FTAC interventions in 80% of cases. FTAC proved able to catalyse suitable health outcomes which both benefited the patients and reduced risk to public figures. The advantages of joint police-National Health Service units are discussed.”

Very serious times. Leaders of alternative media need to understand that Fixated Threat Assessment Centers are in existence globally & are in operation. If you disagree with the official narrative parroted by a public figure, there is a risk of being taken to one of these centers & held indefinitely. Currently, citizens in the UK are being taken to an FTAC & held for days with NO charges being brought. ?. Personal rights are being suppressed & traditional legal protections being removed.

We are not to be fearful when speaking Truth but we need to stay apprised of the systems the Globalists are building to help speed the rise of the Antichrist/Beast/One world Government System. Pray for His protection on you each & every day.

More details on these centers available in this video.