You are here: Home » Trading » Silver » Finding the Top of the Silver Rally 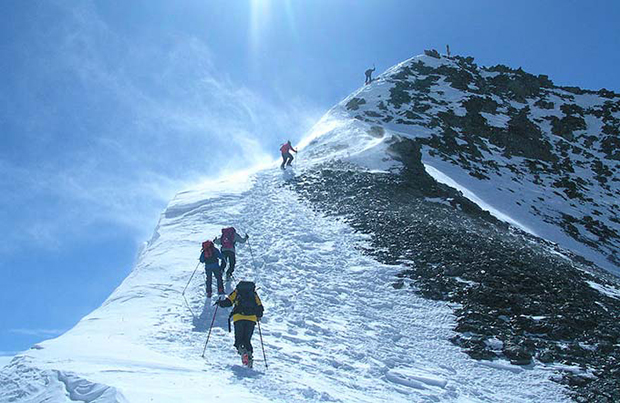 Over the past three weeks, I have been sharing my dreams and visions showing silver prices moving higher. After hitting the bottom at $15.17 on July 10, it has been steadily moving up, reaching its’ highest point yesterday at $16.82 before dropping back down to the current price at $16.57.

So, now the big question is where is the top; how high does it go before it starts dropping? At the start of my prayer time yesterday, I asked God that question. Later, I saw a short vision of a line graph of silver prices moving higher and crossing a little above a horizontal line, which marked the next dollar increment. I did not see any numbers, but He allowed me to know the horizontal line was not much higher than the current market price. So, I believe it was at $17.00. Since the price peaked just a little above that, I am expecting the top to be around $17.10.

That price confirms another graph I saw on March 15 2017, which formed a rounded top at $17.10. After reaching the top, it started to slope down just a little, then it did a small up-down gyration within a tight range. Then it arrived at a seal or emblem that I understood was like the finish line or the point which the steep drop would start. So, I believe God has been revealing this upcoming move for months. I have shared glimpses of it in several posts.

Technical Analysis:
The chart below confirms strong resistance at $17.10 and $17.20, which are the approximate locations of the 100-day (yellow line) and 200-day (green line) moving averages. In the first week of June, the price tried to break through those levels, but was not able to stay up there long. 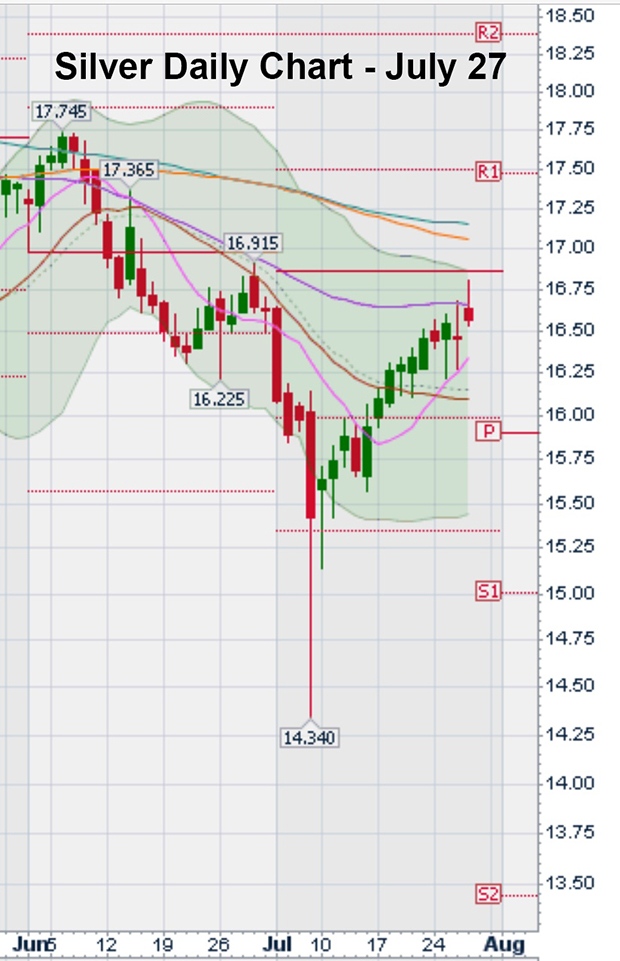 Amazingly, a similar drop occurred during the late June and early July, but the drop started at $16.92 instead of $17.10. It then dropped to $16.16 where it paused for a couple of days before making a much bigger drop down to $14.34. Also, the second leg of the drop occurred during after-hours trading and dropped down and back up within one minute, a flash crash. It was so close to what I saw, I wondered if that was it, but was disappointed because it was not even tradable for me since I don’t trade futures. Anyway, I stopped watching for it, thinking it was a dud.

After seeing the graph today, I believe the two legs down has not yet been fulfilled, but is about to be soon. I will be watching for the pattern topping at $17.10.

Please note there is always a spread between bid and ask prices. Charts can be configured to show either one, and I was not shown which one I saw. In the past, they have proven to be asking prices, which makes sense because that is what we need to set limit orders. So, I am assuming the same this time.

My assumptions and interpretations of what I have seen could be wrong. This information is shared only as a starting point for prayerful consideration and is not a recommendation for investing.

Hi James, do you still expect 17.10 for silver before drop? Or is it already dropping to pit?

I don’t believe silver is going into the pit yet because yesterday, before I saw the price drop, during my prayer time I saw a 3D graph with a white line coming towards me down a hill, like into a valley, then it climbed back up but this time it crossed over a horizontal line, which I believe was the $17.00 mark. That’s the second graph I’ve seen showing it moving above $17.00, but this was especially helpful since it has now started moving down. My interpretation is to wait for $17.10 before opening a short position, but the lower it drops the more tempting it will be to open a long position. I did not see any numbers for the bottom, but my guess is at least a 30 to 40-cent drop because otherwise it would not be worth mentioning.

Thanks James for sharing your dreams with us. Had a revival last week in the Appalachian area and now in Nashville, TN at a LifeWay men’s conference. The same theme is being preached…. All In. When It drops to $15.00 or lower I will financially be All In. Spiritually I already am. God Bless

I believe it is going to get there and even lower. I will be sharing a new post on that this weekend.

Wow James, that’s so cool that He spelled it out for you so clearly. I bet He’ll tell you how low it will go, if you ask…

I think it’s close to the top, but might still have some upside when equities drop sharply.