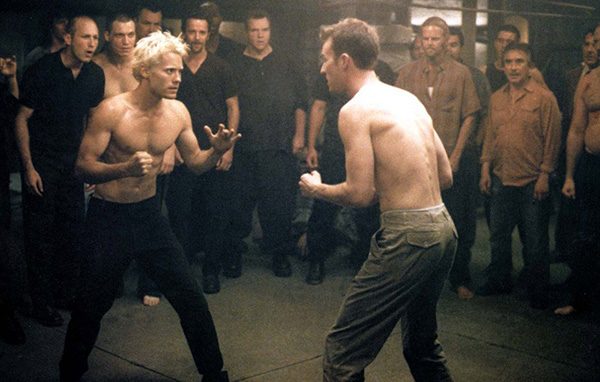 Despite all the talk about the importance of tolerance, Americans are more polarized and less tolerant of alternative views today than ever.

We are deeply divided and the cracks are surfacing, even at the YMCA in Scranton PA where club members can no longer agree on which channel to watch news broadcasts while working out. After repeated fights, the YMCA finally had to ban all 24-hour news networks.

Scranton is a great example of the divide in our nation because in the 2016 Presidential election, they were almost evenly split between Hillary Clinton and Donald Trump.

Scranton is the seat of Lackawanna County, which Hillary Clinton won narrowly last fall with 49.8 percent of the vote, compared to 46.4 percent for Donald Trump. Trump made his final campaign stop in Scranton, en route to winning Pennsylvania. Joe Biden, a Scranton native, stumped for Clinton in his hometown on the weekend before Election Day. (See the complete report)

Since YMCA stands for Young Men’s Christian Association, maybe it’s time they tune their televisions to some great Christian ministries.

President Trump effects are not confined to US. In India we are experiencing many welcome changes.
HAARP induced drought is over. It is raining heavily as i write this.
http://www.dnaindia.com/delhi/report-r-day-rainfall-heaviest-in-january-in-a-decade-2296535
Bill Gates and his bag of Vaccines are no more welcome.
Obama induced war on cash is over and things almost back to normal.
Monsanto is not able to hold Farmers to ransom
Drug Testing on humans by multi national drug companies curtailed.
Trans Gender agenda losing steam.
US Funding for fake climate agitators stopped.
US induced environmental regulations effects waning.
These are just few. To say the least, US pressure is over.
We are also praying for President Trump. His enemies will not prevail..

We are inching closer to 1862 civil war all over again. When I read this article somehow I pictured “The Village People,” fighting each other in the middle of the song “YMCA,” as an analogy for the different groups of people at war.

We have The Police (Which represent the deep state/police state, silicon valley)

We have The American Chief (Which represent environmentalist)

We have The Cowboy (Which represents the Constitutional believing individuals)

We have The Biker (Which represent the hardcore, George Soros funded, Liberal, Rebel Gangs)

We have The Military Man(Which represents the Military Industrial Complex)

We have The Construction Worker (Which represents Big Business, The
Banking Cartels, and The International Monetary Fund (I.M.F.))

Matthew 25:31-34 “When the Son of Man comes in his glory, and all the angels with him, then he will sit on his glorious throne. Before him will be gathered all the nations, and he will separate people one from another as a shepherd separates the sheep from the goats. And he will place the sheep on his right, but the goats on the left. Then the King will say to those on his right, ‘Come, you who are blessed by my Father, inherit the kingdom prepared for you from the foundation of the world.

When you look at division from the standpoint of the Bible, everything makes sense.

In early January I was up late praying and asking the Lord about the times we are in and also about Obama and Trump and their roles in it. The next morning my 9-year-old daughter came in my office and showed me Judges 9, specifically Jotham’s parable of the trees, because she felt like God wanted to show her something there. I think the Lord did have a message for her, but it was also an answer to my prayer.

The Lord had brought Judges 9 and the story of Abimelech and Gaal to my attention several times before, I never really understood the significance of it crystallized in that moment. The story is a prophetic metaphor for America. Since Abimelech and the men of Shechem committed murder and wickedness, God allowed a spirit of conflict to arise that would divide the nation and provoke a form of civil war as a divine judgment. This is what we’re seeing now – division along many lines that will lead to bloodshed.

I wrote a little more about it in a post here:

I am having a hard time recognizing our country anymore. Only 25 years ago, politicians of different persuasions would go out for lunch or dinner. In such a short time, vitriol has overrun our country. Only God can truly save America.

Maybe this event happened by design of the Lord, to get the lying media out of this organization. We should pray this becomes a movement across the nation that the YMCA and other outlets where MSM propaganda is spread is banned and no longer fed to the sheeple!