You are here: Home » News » Political News » How The Federal Reserve Is Setting Up Trump For A Recession, A Housing Crisis And A Stock Market Crash 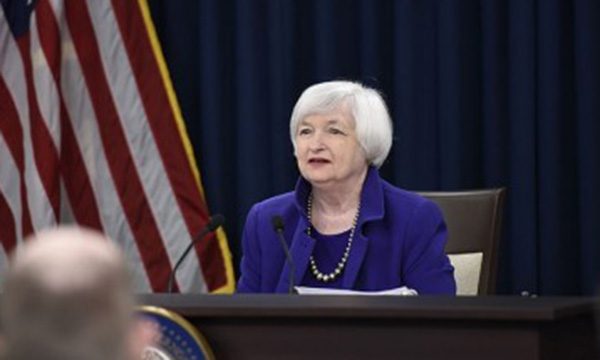 Most Americans do not understand this, but the truth is that the Federal Reserve has far more power over the U.S. economy than anyone else does, and that includes Donald Trump.  Politicians tend to get the credit or the blame for how the economy is performing, but in reality it is an unelected, unaccountable panel of central bankers that is running the show, and until something is done about the Fed our long-term economic problems will never be fixed.  For an extended analysis of this point, please see this article.  In this piece, I am going to explain why the Federal Reserve is currently setting the stage for a recession, a new housing crisis and a stock market crash, and if those things happen unfortunately it will be Donald Trump that will primarily get the blame.

On Wednesday, the Federal Reserve is expected to hike interest rates, and there is even the possibility that they will call for an acceleration of future rate hikes…

Economists generally believe the central bank’s median estimate will continue to call for three quarter-point rate increases both this year and in 2018. But there’s some risk that gets pushed to four as inflation nears the Fed’s annual 2% target and business confidence keeps juicing markets in anticipation of President Trump’s plan to cut taxes and regulations.

During the Obama years, the Federal Reserve pushed interest rates all the way to the floor, and this artificially boosted the economy.  In a recent article, Gail Tverberg explained how this works…

Asset prices, such as home prices and farm prices, can rise because the reduced interest rate for debt makes them more affordable to more buyers. Assets that people already own tend to inflate, making them feel richer. In fact, owners of assets such as homes can borrow part of the increased equity, giving them more spendable income for other things. This is part of what happened leading up to the financial crash of 2008.

But the opposite is also true.

For the Federal Reserve to raise interest rates right now is absolutely insane.  According to the Federal Reserve Bank of Atlanta’s most recent projection, GDP growth for the first quarter of 2017 is supposed to be an anemic 1.2 percent.  Personally, it wouldn’t surprise me at all if we actually ended up with a negative number for the first quarter.

As Donald Trump has explained in detail, the U.S. economy is a complete mess right now, and we are teetering on the brink of a new recession.

So why in the world would the Fed raise rates unless they wanted to hurt Donald Trump?

Raising rates also threatens to bring on a new housing crisis.  Interest rates were raised prior to the subprime mortgage meltdown in 2007 and 2008, and now we could see history repeat itself.  When rates go higher, it becomes significantly more difficult for families to afford mortgage payments…

Of course stock investors do not like rising rates at all either.  Stocks tend to rise in low rate environments such as we have had for the past several years, and they tend to fall in high rate environments.

And according to CNBC, a “coming stock market correction” could be just around the corner…

Investors are in for a rude awakening about a coming stock market correction — most just don’t know it yet. No one knows when the crash will come or what will cause it — and no one can. But what’s worse for most investors is they have no clue how much they stand to lose when it inevitably happens.

“If you look at the market historically, we have had, on average, a crash about every eight to 10 years, and essentially the average loss is about 42 percent,” said Kendrick Wakeman, CEO of financial technology and investment analytics firm FinMason.

If stocks start to fall, how low could they ultimately go?

One technical analyst that has a stunning record of predicting short-term stock market declines in recent years is saying that the Dow could potentially drop “by more than 6,000 points to 14,800″…

But if the technical stars collide, as one chartist predicts, the blue-chip gauge could soon plunge by more than 6,000 points to 14,800. That’s nearly 30% lower, based on Friday’s close.

Sandy Jadeja, chief market strategist at Master Trading Strategies, claims several predicted stock market crashes to his name — all of them called days, or even weeks, in advance. (He told CNBC viewers, for example, that the August 2015 “Flash Crash” was coming 18 days before it hit.) He’s also made prescient calls on gold and crude oil.

And he’s extremely concerned about what this year could bring for investors. “The timeline is rapidly approaching” for the next potential Dow meltdown, said Jadeja, who shares his techniques via workshops and seminars.

Most big stock market crashes tend to happen in the fall, and that is what I portray in my novel, but the truth is that they can literally happen at any time.  If you have not seen my recent rant about how ridiculously overvalued stocks are at this moment in history, you can find it right here.  Whether you want to call it a “crash”, a “correction”, or something else, the truth is that a major downturn is coming for stocks and the only question is when it will strike.

And when things start to get bad, most of the blame will be dumped on Trump, but it won’t primarily be his fault.

It was the Federal Reserve that created this massive financial bubble, and they will also be responsible for popping it.  Hopefully we can get the American people to understand how these things really work so that accountability for what is coming can be placed where it belongs.

The Feds just raised the key interest rates .25 as of 3pm 3/15/17. How will this hike weaken the markets? Also, what happens if the debt ceiling isn’t raised by the march 16 midnight deadline? Thanks

Erron,
Higher rates make it more exspensive for banks to borrow money, they then pass that on to the consumer who needs a loan . Higher rates mean bigger payments for the same amount borrowed at a lower rate.

Buying a house ,car or even just a simple loan costs more money. The housing sector has had low rates for way too long now. Example a $500k house at 3% or 6%. 500k @3.0=2108 500k@6.0=2998
If rates keep climbibg the house would have to drop in value by 30% for the mortgage to stay the same. Thats when the problem begins to get worse because more people selling than buyers buying. Houses will drop even more just to sell them. Its 2007/2008 all over again.

The higher rates dont really affect the market directly, its the lack of extra money now going into the markets that slows down the buying and the markets stop climbing like they have been. Less buying means drop in prices so buyers will buy and sellers can sell.

The debt ceiling has to be raised. They have built a ponzi sheme all based on debt. No debt = game over.

Good explanation, Michael. The Feds are in my opinion “deep state” to their roots! They protected their “leader” OHO and have now been given orders to blow this thing on Trump!
God’s part may well be to allow it as Mena Lee said “3 stages” of judgement, the Lord told her is coming. I know z3ers are ahead of this curve but the “grace” loving, “God is all Love”crowd will be shaking their heads, “what’s going on, Lird?” when this hits! All being said, wake up, America!! HS be our guide.

Carol I have studied military history since I was eight and prophecy for 30+ years , and as a Z3er I thought I had good idea of the horrors coming to the world . For two weeks HOLY SPIRIT has been freaking me out , telling me it is going to be worse than I think . I already expected it to be worse than the destruction of Carthage or the fall of Rome , so that is not good .

John, thanks for the heads up. All of us who have been knowing for so long, we almost want to get it over with, but there are people still to reach before it happens.

It will be the best opportunity ever to preach the Gospel.

PLEASE start/keep thinking BETTER, BRIGHTER, MOST Wondrous Thoughts (Philippians 4:8) of God, Who Promised a FUTURE Hope for His People (Jeremiah 29:11) – to counteract this “going to be worse than I think” effect (Habakkuk 3:2)

All of us thank you for bringing forth HIS Goodness in the coming days (For His Mercy TRUMP judgment (James 2:13) and HE is doing exceeding abundantly above all that you ask or THINK, according to the Power that works in YOU (Eph 3:20).

Hi Ming , do you think that was what Moses was saying & thinking standing at the Red sea , with Pharaohs chariots facing him ? I only repeated what HOLY SPIRIT said , it was not an effect . Exodus 14 : 15

John, maybe we will all be jerked into the new reality then! If it’s going to be worse that you even imagined…,I’m really praying the Lord gives wisdom!

I hope Rick Wile’s recent Barcelona experience was an epiphany for him that we are NOT in a reprieve or a 400 year cycle but facing the Agenda 2030 program of the United Nations. Rick went to the Barcelona Conference hoping to learn how to put Trunews video onto hand held devices but was stunned by the NWO’s plans for an ubiquitous global brain with artificial intelligence, a universal mind and language not seen since the tower of Babel.