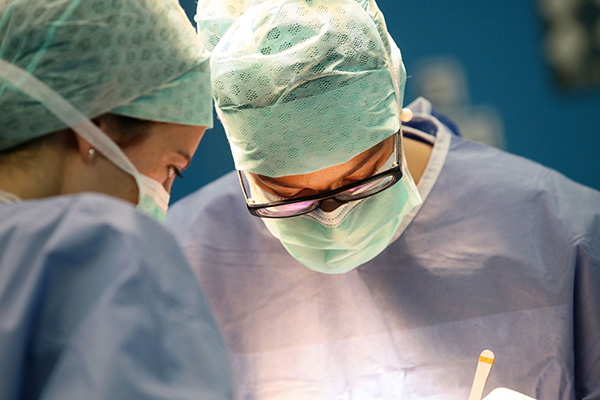 The more time passes, the more we learn about our federal government’s assault on our Constitutional freedoms passed by Congress in 2011 in the name of fixing our health care system, commonly known as Obamacare. It empowered the federal government with new ways to punish people of faith by taking away their freedom to follow their religious convictions.

Thank God for the righteous remnant of Christians across the nation who have stood against it, and for Texas Judge Reed O’Conner because he ruled against it on December 31 2016.

“A federal judge has ruled against the Obama administration’s mandate that health professionals must carry out gender reassignment surgeries, even if they have medical or religious objections.

“The regulation not only forces healthcare professionals to violate their medical judgment, it requires them to violate their deeply held religious beliefs,” U.S. District Judge Reed O’Connor of the Northern District of Texas said in a Dec. 31 decision granting a temporary injunction against the Obama administration.

“Tragically, the regulation would force them to violate those religious beliefs and perform harmful medical transition procedures or else suffer massive financial liability,” the judge added.” (Source: CNA)

This was not the first time Judge O’Connor has ruled against the Obama administration. In previous rulings, he struck down Obama’s rules for schools and gender identity.

Obamacare mandates like this would effectively force Christian health professionals to find other career paths by making it impossible for them to practice medicine without violating their faith. In effect, it would purge the industry of Christians and hand our health care system over to godless bureaucrats lacking in sound judgment. That’s what happened to our public schools where religious freedoms have been under attack for decades. Many excellent Christian teachers have opted to stay out and many Christian parents have pulled their children out, making it a hostile antichrist environment for those who remain.

President Elect Trump has promised to get rid of Obamacare, which makes this a great time to send up prayers for his success.

Praise and thank you Lord for Judge Reed O’Conner !
Multiply men and women like the Judge , those ” Joseph’s ” that take the
stands against the ungodly practices of this day !
Even though it SEEMS like –we won’t have to worry–that a new day is around the DT corner —let us press in to prayer !
I pray this deregulation will turn from temporary —-to DONE !
Thank you James for the update —–also let us pray for this Judges family
and his protection . Peace and Safety to all —what did I just say ?

God bless and protect Judge Reed O’Connor, and may the Lord raise up many more just like him.

Praying just about every day for this new administration and for America and the people of the country. Jan. 20 can’t come fast enough.

ADDENDUM: The wicked device of the court, will be to label you – remember, they can only label paperwork – insane, and stil, they have no authority to do that because they tehmselves have no law and no jurisdiction and are LEGAL FICTIONS with no authority over you or tell you what you think or are allowed to think! and are FRAUDULENT and EVIL with no authority at all.They are government impersomators and should all be in prison and the key thrown away, they are very, very treacherous, evil men.. In Communist Russia, which was run by the Vatican, the commiies put the Russian Orthodox people in gulags for being crazy, because they didn’t “believe in” communism. That is the purpose of these faker, wicked psychiatrists, psychologists and social workers, to throw you into the court and find you “guilty’ of their thought crimes: schizoophrenia or whatever fakery these madmen can cook up. These frauds, Total frauds. They will use their fraud psychologists, social workers and psychiatrists who are insane themselves, trained satanists from birth, to put you in gulags (mental institutions). That is canon law, you are considered a heretic and only worthy for death. Teh courtrs are running under canon law, and the Roman Catholic bishop of the diocese runs the courts, he is the local shadow government. All Courts are Ecclesiastical – Satanic Kangaroo Courts 11 – YouTube Video for all courts are ecclesiastical courts▶ 52:55 https://www.youtube.com/watch?v=_LON3NXh9M8 Jan 9, 2015 – Uploaded by sovereignliving DC Courts are Ecclesiastical Courts operating under Admiralty Maritime Law. The fake courts are a Jesuit trick to eventually put all christians in gulags by calling them “crazy” and the trick is, you can’t disprove it because they are not talking about you, about about the strawman, the legal ficiton! It’sd a diabolical… Read more »

I would be most surprised if this “judge” were not part of the script. The powers that be control both sides, and they give their own the good roles, including plaintiff and defendant. All so called “judges” are controlled…by the bishop of hte diocese. Judges “decide” nothing. They are not judges. They are clerks in a trading association misnamed a “court’, misnamed a ‘trading association actually, because they are running a highly corrupt slave racket against the people, uisng the strawman device. There are no “judges”. They are third party debt collectors and their job is to “collect” (translation: defraud and extort) the fake debt from the strawman account. Instead, they bamboozle you into the fraud that you are a legal fiction all caps name account. There is nothing noble about these people. lIf they were noble, they would get out. He is playing a part. If he didn’t do what he was atold to do, he would be assassinated, maybe, fired certainly, imprisoned most probably. He is a clerk, and he is a puppet and for some reason, he was chosen to play this “good guy” part. Don’t get your hopes up. It’s all controlled. You must study their fraudlent statutes, and we must learn how to hold these phonies responsible. PJlease start with this article by Rod Class, then go to his 1000 talks on talkshoe AIB radio 48361 Rod Class, breaking the info down and provoing its veracity. Courts are running a very evil con game on you. It suits their purposes to have some play the part of hero. If he BOMBSHELL: ROD CLASS GETS FOURTH ADMINISTRATIVE … http://www.fourwinds10.net/siterun_data/government/corporate_u_s/news.php?q…were a hero he would come out and expose the rottteness of the court system. This is who is on trial, the strawman. Meet Your Strawman! – YouTube… Read more »

James, please see my comments on Terry Bennett’s post. I am so blown away when I first got on your site this morning that was at the top of my page, but after I had posted and started reading the comment section I realized this was an old post so I went back and hit the home page and it was gone. So I know the Lord answered my prayer from last night.

One man, a godly man, can make a difference.