You are here: Home » Church » Remnant » “Fears are going to melt away in the fire of His love and a new sound is going to bubble forth!” 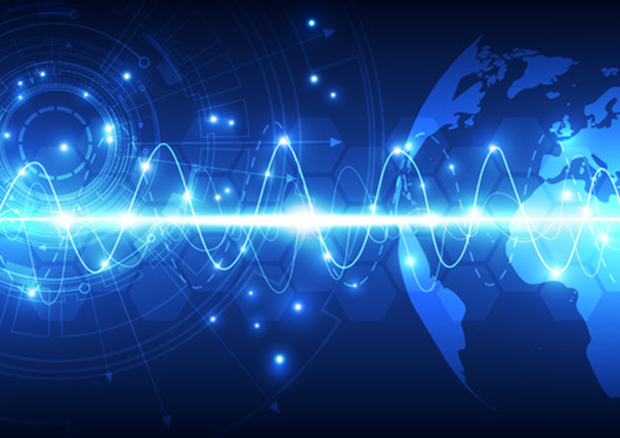 I have been prophesying for a quite a while now that this is a “Garden season”. The Lord is taking His people deeper into that place of the Garden, the Garden of deeper intimacy and walking with Him in the cool of the day. The place of rest, refreshing, the place of deeper communion, the place of fruitfulness.

The Lord spoke to me recently and He showed me that from the Garden place there was a room in the spirit that He was now leading many into and He said this room is called “DELIGHT”.

Instantly He whispered to me Zephaniah 3:17:

For the LORD your God is living among you. He is a mighty Savior. He will take delight in you with gladness. With his love, He will calm all your fears. He will rejoice over you with joyful songs.” – Zephaniah 3:17

The banner over this room of DELIGHT was Zephaniah 3:17. Many entering into this room in this season are moving into the place of greater revelation, awakening and healing that comes from the deeper revelation of the truth of how He delights in them.

“This room is full of encounters with Me that will burn the truth into hearts in deeper ways that I rejoice over My people with singing. How delighted I am in My people. These encounters with My heart that will take place in the room of delight will change everything. The vines of fear and lies that have tried to strangle them for so long will suddenly be gone. They will know the place of breathing deep again in the rest that comes from knowing how much I delight in them. All the false identities the enemy attempts to put on them, they will all come off like a cloak. Many will no longer live with deep fear and foreboding as roots are removed. There will be a new breakthrough of life and living with a sense of excitement, expectation and joy of what I am doing and about to do.

I saw in this room of delight, these deep encounters that were taking place and going to increase, He was removing labels.

They were labels that had been placed upon God’s people by the enemy and through words spoken over them. They were labels that were LIES about their identity, calling, destiny, dreams, ability, and giftings. These labels all had two common denominators. They were all LIES, and they were all CONTAINING words. Their assignment in being placed there by the enemy was to CONTAIN and HINDER, but the Lord has seen the containment, the torment and oppression many have been in, and He has decreed encounters in the room of delight that were going to RELABEL. It is the FIRE OF HIS LOVE that is going to RELABEL with truth.

As He was removing the labels, and the beautiful, tender, yet fierce fire of His love was falling upon His people, He was awakening and relabelling with His truth.

His people were coming alive in new and fresh ways and DREAMS were FINALLY being ignited.

IT IS TIME TO COME TO THE HEAVENLY VIEWFINDER

As this was taking place, I saw Jesus take His people by the hand and He smiled and said, “It is time to come to the heavenly viewfinder.”

As these labels were removed, the Lord took each one to this heavenly viewfinder and He spoke, “LOOK”.

As they leaned forward to look through the heavenly viewfinder, I then saw all these angelic hosts surrounding where Jesus was standing with His people and they spoke in one accord, “IT IS TIME TO SEE THE INCREASE! IT IS TIME TO SEE HEAVEN’S PERSPECTIVE AND IT IS INCREASE!”

Jesus spoke again, “The enemy has been decreeing decrease, but My perspective and decree is INCREASE!!!!”

The Lord began to point with His finger on areas of the lives of God’s people where the enemy had been lying, and He would say “Look there,” and they would look through the heavenly viewfinder and they were left in AWE and WONDER as they saw the TRUE REALITY OF HEAVEN, the INCREASE God is bringing NOW but also the INCREASE that was TO COME in the future. The Lord was showing His people, giving them a greater prophetic glimpse of the frame and boundary lines of increase that He has been setting up for the future. Prophetic vision and increase was INCREASING of the INCREASE that is to come and the SMOKE and MIRRORS of the lies of the enemy were falling to the ground. I could hear the enemy shrieking in loss of more ground as God’s people were being taken into a higher place of being discipled in the heavenly perspective.

A NEW SONG IS ABOUT TO COME FORTH

Out of this room of delight a NEW SONG is about to come forth from deep within many.

The Lord spoke to me that there is a SOUND deep within many believers, a NEW SOUND, an expression of His heart and creativity within many that the enemy has been fighting hard with fear to keep contained. He has silenced the SOUND of many for so long. Many have kept silent because the feel their SOUND is different. But ALL our sounds are different, but together our sounds form His beautiful song of love, redemption, grace, life, creativity, forgiveness and hope to the world.

The Lord showed me that in this “Room of delight,” as God’s people hear HIM rejoicing over them with singing, the fears that have kept them silent and their sound muffled, these fears are going to melt away in the fire of His love and A NEW SOUND IS GOING TO BUBBLE FORTH! The SOUND they were CREATED TO CARRY is going to come forth and it will not be silenced by man, it will not be silenced by the enemy, but it will be fuelled and rooted in Jesus, the One who never changes and ALL of these SOUNDS will carry such BOLDNESS, no fear of man, such biblical truth and EVERYWHERE the sound is released, all the sounds will have one common denominator. Everywhere the sound is heard, HIS LOVE will be seen. The sounds will release the SHOCKWAVES of His LOVE everywhere it is released.

People of God, get ready! Position your hearts in expectation and prayer for some lifechanging encounters with the Lord in the “Room of Delight”. So much is going to change as you truly see how much He delights in you!!!!

Love it! Can’t wait! Once again, your words of encouragement leave me breathless with anticipation, Oh God let it be true. Thank you Lana.

Thanks Jesus for your GREATEST assurance that your children SOULS are 100% HEALED and SAVED forevermore. I’m at REALISATION that your EVERYTHING is beyond our EVERYTHING. 1 Cor 2:9 Isaiah 55:8-9.