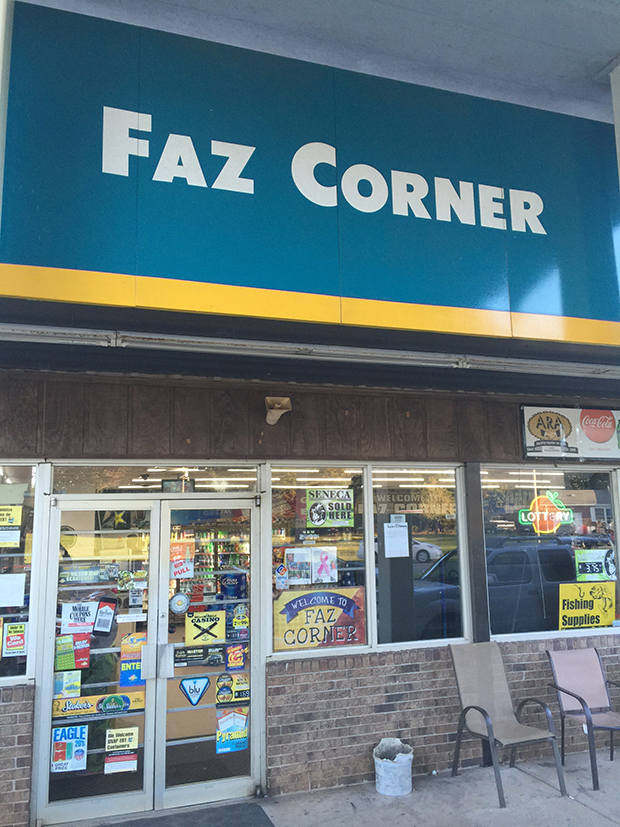 While driving home from a trip, in the middle of nowhere, I drove past this little convenience store called FAZ Corner. Of course, I had to pull in and take this photo.

In a prophetic dream in 2014, I saw an inverse ETF skyrocketing after a sudden collapse of our financial system. The stock symbol I saw was FAZ, which is a leveraged ETF bear, which moves in the opposite direction as the Russell 1000 Financial Index, three times as fast, so when the economy tanks, FAZ goes up fast. 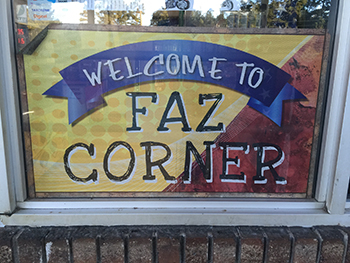 Historically, the financial sector has led the way down during stock market crashes and appears likely to repeat that pattern in the next major crash because financial institutions are loaded down with more debt and greater risks from derivative products today than ever before. These conditions confirm FAZ would do well when the collapse happens. My plan is to own lots of shares before then, but FAZ is not the only game in town. Other inverse ETF’s are available, including FINZ and WDRW.

I recently compared price changes from election day in November 2016 to July 28, 2017, and found FINZ (-58.2%) and WDRW (-62.8%) dropped faster than FAZ (-51.9%), so the indexes they’re based on showed greater strength than the Russell 1000 Financials. Normally, strength is a good thing, but for inverse ETF’s, the goal is to avoid strength and find the weakest sector that will crash the hardest because the price moves in the opposite direction.

During the strong bull market of the past nine months, all inverse ETF’s got hammered hard, but while FAZ declined sharply (-51.9%), it was not as bad as FINZ (58.2%) and WDRW (62.8%). So, FAZ appears to be the best choice because it’s based on the weakest financial sector. When severe trouble comes, FAZ should perform better than FINZ or WDRW.

Another big difference between these ETF’s is options trading is not available for FINZ, FINU, WDRW, or DPST, but is available for FAZ and FAS. However, anyone trading options for these ETF’s should beware of the risks because in the past, when Direxion split shares of FAZ and FAS, they converted open options contracts from standard to non-standard, which immediately made them almost worthless because they were replaced by new standard options. Anyone owning non-standard options was stuck with a huge loss. In a market crash, stock splits would be more likely because prices would be moving fast. As if options trading was not already risky enough, this adds another huge risk to the equation, which is why my preference is to own these ETF’s outright and avoid options for them. There have also been prophetic warnings about trading options for FAZ and FAS. At the very least, it would be a good idea to read the contract carefully (but no one ever does).

In summary, FINU outperforms FAS and DPST in a bull market while FAZ outperforms FINZ and WDRW. This information is provided as a starting point for prayerful consideration and not as a recommendation for investing.