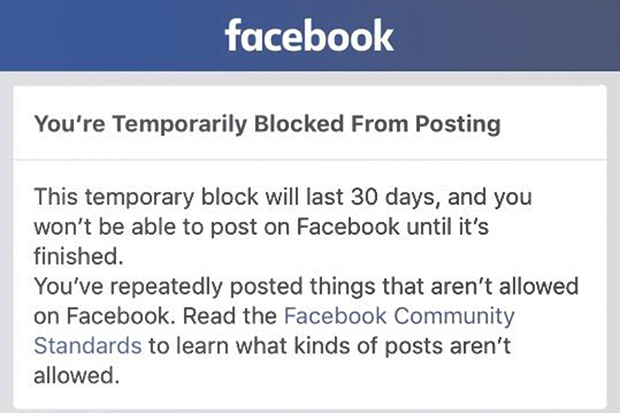 Facebook refused to publish paid advertisements promoting my new book, “Culture Jihad: How to Stop the Left From Killing A Nation.” Premiere Marketing says they were told Facebook had issues with the book’s title. Also, my social media team has noticed a massive drop in traffic whenever we mention the name of the book on Facebook. For example, we have over 265,000 followers. However, Facebook only allowed a few dozen people to see the posting.

This is basically a modern-day Big Tech book banning, folks.

Facebook is not the only tech giant taking an openly hostile stance against Christians and conservatives. Google is doing the same thing by manipulating search results and shutting down YouTube accounts (Google owns YouTube). I spent some time this week cleaning up my YouTube subscriptions and was amazed to see how many of them have been shut down by YouTube with messages stating they had violated YouTube’s community standards.

YouTube also banned a couple of videos I uploaded recently to my account. It looked like they were banning my videos completely, but they opted instead to just suppress them, making them almost invisible to their visitors, which has resulted in a dramatic decrease in the number of people viewing them. The reason they gave was that I was guilty of hate speech.

Hostility toward anyone standing for Christian or conservative values has increased significantly in the United States, especially since Donald Trump announced his plans to run for president on June 16, 2015. That same year, millions of young Muslim men began their march into European nations from North Africa and Middle Eastern nations, resulting in exponential increases in terrorist attacks in every nation where they settled. However, these changes in the world are much bigger than Donald Trump or Muslim invaders because it is the fulfillment of prophecies recorded in the Bible thousands of years ago, as shown in these verses.

For behold, the darkness shall cover the earth, and deep darkness the people; but the Lord will arise over you, and His glory will be seen upon you. (Isaiah 60:2 NKJV)

“Then they will deliver you up to tribulation and kill you, and you will be hated by all nations for My name’s sake.” (Matthew 24:9 NKJV)

It’s also fulfilling a prophecy received by Dr. James Maloney way back in the mid-eighties when God revealed to him, “In the year 2015, darkness will begin to accelerate exponentially in the earth.”

The good news is as the world enters into deep darkness, God is raising up a righteous remnant to shine His light through them, creating a stark contrast for all to see.

5 In that day the Lord of hosts will be for a crown of glory and a diadem of beauty to the remnant of His people,
6 For a spirit of justice to him who sits in judgment, and for strength to those who turn back the battle at the gate. (Isaiah 28:5 NKJV)

1 “For behold, the day is coming, burning like an oven, and all the proud, yes, all who do wickedly will be stubble. And the day which is coming shall burn them up,” says the Lord of hosts, “That will leave them neither root nor branch.
2 But to you who fear My name, the Sun of Righteousness shall arise with healing in His wings; and you shall go out and grow fat like stall-fed calves.
3 You shall trample the wicked, for they shall be ashes under the soles of your feet on the day that I do this,” says the Lord of hosts. (Malachi 4:1-3 NKJV)

Wow, amazing. Anyone have the link to James Maloney’s prophecy where he says that about the year 2015? I know I also felt a shift in my spirit, about the same time, and became aware that something had happened -that evil was increasing on the earth. I even had a dream where I felt like the Lord was showing that some of the fallen angels who dwell in the 2nd heaven, had come down to earth, to rule from here, to increase wickedness on this earth. I think all of us who are praying and watching believers have felt this and have been aware of this evil that is increasing.

Censorship will continue until all Independent Media is shut down. All Christian voices will be silenced. Think Nazi Germany, the former Soviet Union, and Mao’s Communist China to name a few. ALL dissenting voices must be shut down in order to bring in the New World Order – the Anti-Christ System. Americans foundation of freedom must be destroyed from the inside out. We are watching it happen right in front of us, yet we are doing nothing to stop it. We are the proverbial frogs in the boiling pot, soon it will be too late to jump out of said pot. God is the only place of Sanctuary…

There is a book out called “Dark Agenda” by David Horowitz. I think it is a must read, regarding the attempt to demolish and stamp out Christianity in America by certain government entities.

WE must pray to fight it not just think,it will come so we stay mute. I am aware it is a bible prophecy but our prayers can delay it to help souls to be enlightened before the darkness fully covers the earth.So that those who have the light before the darkness will be substantial and will arise in time of the darkness.