You are here: Home » Prophecies » The Event Before the Event 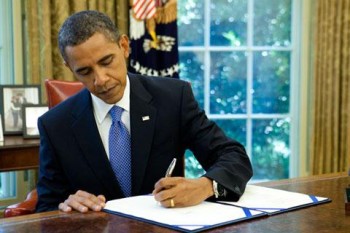 If you have been following this blog you know a big event is coming soon that will cause a sudden drop in the stock market and the U.S. dollar. I shared the details about that event in my previous posts, Warning: Sudden Economic Collapse Coming in 2015. I also laid out the coming sequence of events in my post: The Final Four Seasons of the U.S. Dollar.

In those posts I shared how I was shown the big event will occur at a time when there are increased tensions between nations and between the American people. So I knew the signs of the times, but did not know the trigger event that would cause tensions to increase. Last night I believe I saw the trigger event.

I dreamed I was an insider in the Obama administration. I was working in what felt like the basement of a large office building. I was working with other staff members on a proposal that had just been given to the President requesting his authorization of $200 million in military weapons and equipment. It seemed like he was being asked to authorize the spending, but that would be odd because the power to authorize spending belongs to the Congress, not the President. As Commander in Chief the President has the authority to deploy military assets around the world so perhaps that was what he was doing. Whatever it was, he did not consult anyone in Congress. He just made the decision himself.

Then we received the news of his decision. He had not only approved it, but increased the amount! Instead of $200 million it was now $1.2 billion! He clearly wanted to send a big message to someone.

Then the scene changed and I was walking into the office of my stock broker. I had in mind to do a trade on a certain ETF. The stock symbol is FAZ. However, when we looked at a graph of the price trend it showed the long-term downward trend in the price had ended and was now moving up. The very same day the news was announced about President Obama’s decision to deploy $1.2 billion in military equipment FAZ immediately increased. I was not shown the amount of the increase, but it seemed like it went up at least a dollar on the very same day. FAZ is currently trading at $12.43.

The sudden price increase messed up my plans for the trade I wanted to make so I decided not to do anything. That was the end of the dream.

What I saw was not a declaration of war, but just the deployment of military equipment. President Obama’s reckless act of war-mongering caused great concerns in financial markets. Financial stocks dropped immediately. I know that because FAZ only goes up when they go down. I believe this event will be the turning point for FAZ because the graph I saw showed it going up after that.

I was not shown where the military equipment was going, but given all the sanctions already in place against Russia over the Ukraine situation my guess is this will be another escalation in Ukraine. However, that is just a guess because I was not shown that. So it might be the Middle East or the South China Sea or some other hotspot.

Regardless of where they were going, this action would fulfill what I saw previously about a time of  increased tensions between nations caused by a stand taken by the U.S. government. This action would also fulfill a word the Lord gave me about a time of increased tensions between Americans. I was shown those would be the signs of the times. When we see those things happening then we will know the sudden economic collapse is about to happen.

Why wait for the news to break when you can read about it before it happens here at Z3news.com? LOL.

I found your website through Trunews and have been reading it several times a day for the past several weeks, maybe a month. I had originally read this article a few weeks ago while tracking back on some of your prophecies. I reread part of it today while tracking back from your post on 11/20/15. The first thing that popped out at me was maybe the reason that the president is approving something and Congress is not mentioned is that the president has already called martial law and has done away with the Congress and the Constitution. Considering all the other prophecies and all our feelings that something big is going to happen very soon, maybe it will result in martial law. In lieu of the Paris attacks and possibly attacks on the US, it does seem possible.

I believe we will see martial law in the future because many people have seen it in dreams and visions and we see evidence of this administration already preparing for it. However, I believe Obama will authorize the $1.2 billion before we get to that point. It is normal procedure for proposals from the Pentagon to be approved by the President before being sent to Congress for funding authorization. Obama’s authorization was the only part I saw so that is what I am watching for.

Brother James, with the stock market plunge, I researched lethal military aid to Ukraine. I know HR 1735 is one way to get there. However, I believe there is another way. Congress already passed a resolution in March urging Obama to do so already. http://www.zerohedge.com/news/2015-03-24/us-house-votes-348-48-arm-ukraine-russia-warns-lethal-aid-will-explode-whole-situati. Also Boehner recently blasted Obama for not using the option (for lethal aid) provided in the Ukraine freedom act already passed. http://www.washingtonexaminer.com/boehner-hits-obama-for-abandoning-ukraine/article/2570548?custom_click=rss. My point is Obama at any time can authorize lethal aid to Ukraine for any amount he wants ($1.2 billion). With the stock market plunging they will want to start a war or escalate a war. So let’s keep our eyes open this week and the next. Shalom.

You are correct in saying it does not have to be part of the 2016 NDAA. What I saw was a proposal given to President Obama for military aid in the amount of $200 million. He then increased it to $1.2 billion. The original 2016 NDAA approved by the House includes $200 million in military aid for Ukraine. The House and Senate are still reconciling their differences, which I expect will happen in September. So it seems likely what I saw was part of the NDAA, but not necessarily.

I believe you are correct. At least now, we know how the $ 1.2 billion comes about. Exactly like you saw in your dream. He has that authority already given to him by congress. After they present NDAA to him he goes crazy. Shalom

James, would you recommend buying FAZ now and holding till the drop in the stock market? Also, if the derivatives market collapses along with the stock market wouldn’t this affect the payout if FAZ shoots up in value. In other words, is there a risk you couldn’t sell FAZ when it peaks?

Yes, I recommend buying FAZ. After the sudden crash happens it will be too late. Markets might even be closed temporarily. Only God knows the future and he showed me FAZ shooting up like a rocket. I don’t believe he showed me that to destroy my finances. I believe he wants us to prosper because his word says so.

What a forum this is where we can discuss prophecy and it’s practical implications on everyday life. God is good I’m excited about what He is doing.

Thank you for this news site James. The financial insight will save lives. To trade the usd/chf, i tell my broker i want put options on the usd/chf out to september [or thru september] ? And would .58 or .59 be the strike price? sorry, i never traded options

90% of options trades result in losses. If you have never traded options you should get some training to avoid losing your money. Regarding this trade, I was told the devaluation of the dollar would happen this year, but I was not told the month. So if you buy options expiring in September there is a good chance you would lose everything you invested. For that reason, this kind of trade should be limited to a very small amount of money that you can afford to lose. Sounds like you are confusing options with forex trading. Perhaps you can find some training resources online.

Thanks for all the fascinating info. It looks to me that “the event before the event” will be part of the Defense Authorization Bill for 2016. Congress is pushing that thru right now, which is unusually early this year. Hmmm. We will propose using a portion of the $1.2B to install missiles in the Philippines that will directly threaten the Chinese made islands in the South China Sea. China will be infuriated, threaten war, but instead display their massive gold hoard. This will bring down the western banking system and the west itself. Not a shot need be fired.

One more observation: September will likely see a bank run in the U.S., but the dollar will struggle on, while America steadily loses credibility and refuses to display its paucity of gold. The final crash will occur in 2016. I believe this scenario comports with the headlines of Terry Bennet and John Paul Jackson. Unrest will start in earnest this Fall and continue into 2016. Rick Wiles believe Sept/Oct 2015 to Sept/Oct 2016 will be bookend financial events. Sounds plausible.

That is my recommendation.

Hi James,
I had a question about the potential for FAZ prices to increase during a crash. I was looking at the prices of FAZ during the 08 crash. Correct me if I am wrong. FAZ is currently around 11.6 and the prices during the 08 crash ranged from 11,000 to 20,000(price adjusted for dividends and splits). This would be a potential increase of 1,000 to 2,000%. I am understanding this correctly? Thanks so much for taking the time to answer my question.

Could this be the event, they mentioned 1.3 billion in military aid. http://www.foxnews.com/politics/2015/03/31/us-releases-military-aid-to-egypt-cites-national-security/?intcmp=latestnews