You are here: Home » Church » Evangelist Sues Maryland Police for Being Charged With Trespassing on Public Sidewalk
Share this post: 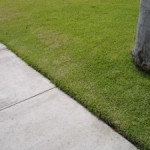 Montgomery County, Maryland – A Washington D.C.-area evangelist has filed a lawsuit against a Maryland county and its police department after being cited with criminal trespass for engaging in free speech activity on what he asserts is a public sidewalk.

Attorneys representing Michael Corral explain that the evangelist was reading the Bible aloud, distributing tracts and speaking with passersby about his Christian beliefs outside of a movie theater in Silver Springs, Maryland last March when he was approached by a security guard. Corral was informed by the guard that the sidewalk he was utilizing was privately-owned, and that he must discontinue his activities.

Following a brief disagreement, the two then approached a nearby police officer, who was mounted on a motorcycle, in order to obtain resolution. The officer advised Corral to move across the street to the Veteran’s Plaza area, and contended that the sidewalk adjacent to the theater was indeed private.

In response, Corral, who states that he was careful to stand out of the way so as to not block any pedestrian traffic, noted to the officer that the sidewalk was being used as a public thoroughfare, and therefore could not be considered off-limits to free expression. After discussing the matter with police for several minutes, Corral was cited with criminal trespass and ticketed. He relocated to Veteran’s Plaza as recommended, but found his attempts to engage in effective expression in the area to be futile and left.

Corral then turned to the Center for Religious Expression (CRE) for assistance.