You are here: Home » Trading » Crypto Currencies » I saw Electroneum and Reddcoin moving up.
Share this post: 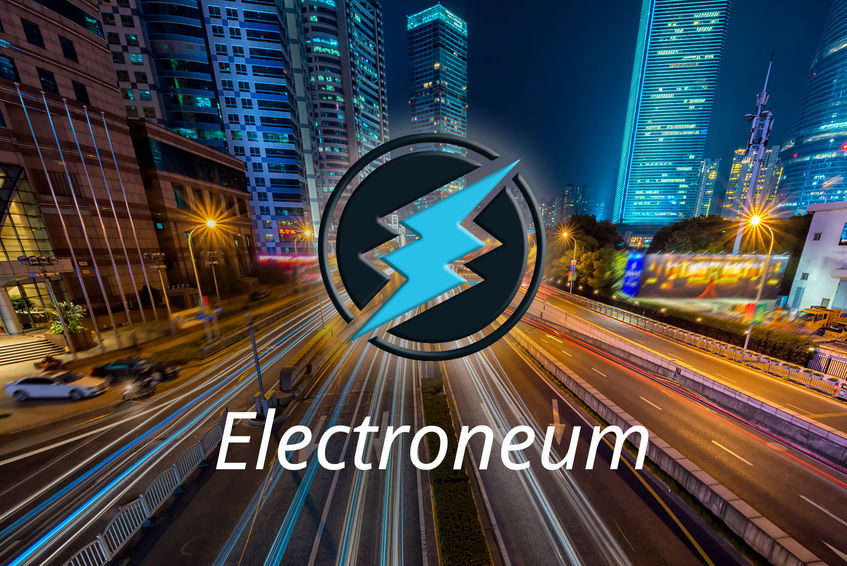 I want to share some significant dreams I received this morning. In one dream, I saw Electroneum (ETN) and Reddcoin (RDD) moving up. I saw RDD was nearing 1 cent ($0.01), a decent rise. Then I saw ETN was at $0.88 (88 cents). I was shocked, and the two prices were side by side, and I believe I saw that ETN was 88 cents and RDD was 1 cent. Then I saw ETN had kept rising and was over $1.00 and the dream ended.

I prayed about this and was shown to take a larger holding in ETN, and saw the prices of 1.2 cents to 0.4 cents for ETN (probably highlighting the similar buy range I was shown earlier). I also saw a dream of my father and mother had written a number of ETN price targets between $5 and $5.30 on a large whiteboard.

Also I’ll add that yesterday I received “reinvestment opportunity 45k” which I thought meant when Bitcoin (BTC) was at $45,000 but I’m not sure when that is relevant. Please seek the Lord regarding your approach.

Here is a video I made discussing the dreams https://www.youtube.com/watch?v=zyn3aNKI570 God bless you.

On 24/3/21 I had a dream where I saw the BTC price on an exchange, the price was over 100k. The price froze on a figure like 109k, then changed to 111k and froze there for several seconds. I sold at this price in the dream and saw my balance on the exchange (based on my current holdings would equal an ETN price of approx $1.50). Then I saw the price change lower rapidly, numbers were flashing lower and lower all the way to $0. Then I saw my balance on the exchange was also $0 and I was confused. Then I was telling my brother this was important information. Then I woke up. With this dream my interpretations are that 111k is not necessarily the top of the move. While I saw the numbers rapidly changing to lower values for BTC all the way to $0, I believe there will likely still be ups and downs during that time. My holdings on the exchange going to $0 might be because I hadn’t converted into fiat, or it may suggest that BTC going to $0 might cause the exchange to even fail or that you will not be able to withdraw. These are my thoughts about it. The crash happened very rapidly in the dream but I don’t know how much time it would take in reality. This dream suggests it is important to be able to exit safely when you decide to, and that your funds may not be safe on the exchange during a BTC crash to $0. I believe this would be the crash of the third wave (from my earlier dream) giving those strong buying opportunities (fishing from the bottom) and beginning of a crypto winter time period before recovery (I made a Youtube video about my dreams on this topic recently).

On 25/3/21 I saw 2.2 cent ETN in a dream. Later I heard “22.5k strength”. I believe this could be referring to BTC having a strong support at this level. Then I had a dream of seeing ETN at 7.89 cents, and I heard someone was saying that people were about to pile into ETN to try to take advantage of the rise. Later I received $2.10 and $3 (I believe these could be ETN prices, as I received over $5 before). Please seek the Lord regarding your approach and interpretation. God bless. Christopher.

Thank you, Christopher. Because we are to take advantage of BTC going down to zero and the alt coins going very low to buy, we do need to have funds on the exchanges. So your balance going to zero would make sense if it is a warning to not hold BTC as it is going down, but fiat on the exchanges. God bless.

Hi Z3, a few dreams to share. This morning I heard “Each coin $91,000”. I assume that is BTC, no idea on timing but that is quite a high price. I had a dream on 7/3/21 of seeing a $ amount in the ETN web wallet corresponding with a ETN price of 10.6 cents. I also saw BTC at 50k and it had been up 20%, meaning a rise from about 42k. On 6/3/21 I saw a dream that ETN was rising and was at 18 cents, I saw a vertical list of prices written above this with the top number 111 cents. In the same dream there was something about gold contracts with ETN, or something to do with gold and ETN, I’m not sure. God bless. Christopher.

CH, wow that was so cool your ‘gold’ comments!!! The dream I had on 7 Feb with the Electroneum sports jersey was ‘gold’ trimmed!! Wow so cool.

Thanks Christopher. That sounds like it could be coming soon to me because with the exception of a 2-day rally March 1-2, RDD has been trending down since Feb 13. If so, it would be a good time to buy more.

This morning I had a dream that I saw RDD at just over 1 cent on my phone app. No timeline given however I feel could potentially be the next move upwards.

I like that dream David77 because Christopher Harris saw ETN at 88 cents side by side with RDD at 1 cent.

Christopher,
I feel like the Lord keeps reminding me of an old dream that you had? Maybe you? Maybe someone else? It was an announcement that would serve as a catalyst for the ETN rise due to it being adopted to a major exchange? I keep feeling like you were thinking it was Bittrex? Ring a bell ?

I’m looking for a place to by ETN, but as a US Citizen (as least one living in the US), I have not been able to find one (e.g. KuCoin is not available to me). Does anyone have a lead on this?

NIck, a few American z3ers have been able to use KuCoin. Also, you can use the more expensive and less volume, market orders only, Coinspot.com.au

Thanks Marcio. After looking at it again, I now recall that I did get a Kucoin account, it’s just that ETN does not appear to be available to USA customers.

Someone else mentioned changelly and they do have etn listed. https://changelly.com/

Thanks Matt — will check it out.

I live in the US and just purchased ETN on Kucoin yesterday.

Hey Jim –I’ve been following from the original posts on ETN and RDD since the beginning. I’ve been trying to get verified with KuCoin for two weeks but denied. Once that occurred I remembered that USA citizens will never get verified but can operate with the beginning limitations for deposits and withdraws.
Just a question –you stated you bought ETN on KuCoin 3-2-21 are you still waiting for the drop to .004 to purchase additional or is the current price of .011 the best entry price.

Thank you Christopher! Have you bought some ETN or are you still wainting ?

Thanks Christopher. I know you only saw numbers without dates, but I wanted to get an idea what the RDD $ price would be at 0.00000006 BTC assuming the current BTC price of $48,700 and it equates to 0.29 cents. If BTC rises to $60,000, at 0.00000006 BTC, RDD would only rise to 0.36 cents. So this is helpful information because it shows a great buying opportunity ahead for RDD, especially if it happens when BTC has dropped significantly. RDD dropping back down to those levels sounds to me more likely to happen before making a major move up than afterwards, so for anyone who has wanted to buy but thinks they missed it, this would be worth watching.

I saw in a dream this morning the whole crypto market seemed up, fairly significantly. Also on 23/2/21 I had two dreams where I saw ETN at 4 cents. God bless. Christopher.

ETN was on the move up and hit $0.0402 usd high, which was fulfilled by CH dream. Bitcoin and altcoins are now having a correction today.

Hi Chris,
I was wondering if you have had any revelations about HTR. This is a cryptocurrency called Hathor.

Why that particular one Wayne?