You are here: Home » News » Israel and Middle East News » “The enemy will come in and kill their civilians and torture them.” 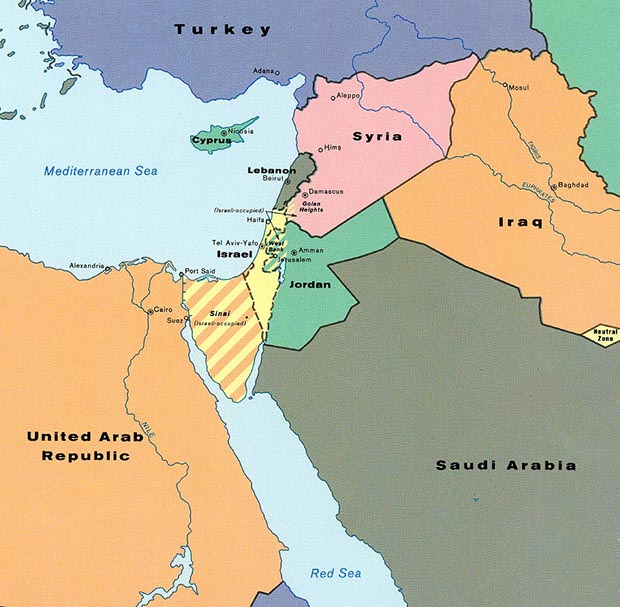 I felt led to share this dream I received on the 11th of August 2018, which I shared on my YouTube channel.

In the dream, I saw a map of Israel that extended beyond Israel to the south. A man appeared in my view and pointed to the coast of the Red Sea. Then the map went up and to the right and then back to Israel.

I saw people in Israel like cartoon or video game characters. A group of them were archers and they were defending their nation with bows and arrows, which I think represent the military forces of Israel, but they only had small groups of defenders and I knew it was not enough.

Then I saw a camp area higher in the mountains and many civilians were hiding out there, sitting in rows inside the camp. My view zoomed in and I saw a man with a sword. His sword was moving around and as I watched, I heard a song which said,

The words were merging together so it sounded like, “Russia-n-Iran.” So I knew their defenses were not going to be enough and the invasion would be terrible. I was gripped with a feeling of worry and concern, a dread of what is coming.

I believe an invasion of Israel by Russia and Iran is coming and it will bring a slaughtering of Israel’s civilians, torturing them and causing destruction. I believe these nations are in close unison in their actions, hence the song merging their names together.

I believe this was from the Lord and reveals what is coming. He is bringing judgment upon His people in Israel. Israel must repent and believe in Jesus Christ their Savior and Messiah and call upon Him to be delivered. I encourage you to pray for Israel and the remnant in Israel.

I share more details about this dream in this 19-minute video:

A friend of mine had a dream of a whirlwind coming out of Turkey towards Israel. There could be more than Russia n Iran.

According to the vision of Sarah Hoffman in 1979, Iran will attack Israel:

“I don’t know the countries of the world very well, but as I looked at these lands I instinctively knew what countries they were. I was looking at the Middle East and watched as a missile flew from Libya and hit Israel with a big mushroom cloud. I knew that the missile was actually from Iran but people from Iran had been hiding it in Libya and fired it. I knew that it was a nuclear bomb. Almost immediately missiles started flying from one country to another, quickly spreading to all over the world. I also saw that many nuclear explosions did not come from missiles but from ground bombs of some kind. I knew that in the future there would be a nuclear war throughout the world and this is how it would start.”

Please be careful with anything from Sarah Hoffman. She is a Mormon and some of her prophetic words claim God was instructing people to read the Book of Mormon. I don’t believe God would ever say anything like that.

The LORD has been putting Israel on my heart once again, meaning that prayer is needed right now. HE also gave me a word and then showed me the SIGN of the SNAKE at the WAILING WALL. This is a sign that peace is going to be removed and evil is coming. Apparently, I just found out another piece of the puzzle last night. There is a video of a pigeon flying out of the wall BEFORE the snake came out of the Western Wall. The pigeon can also stand for a ‘dove.’…..and a dove stands for peace and the HOLY SPIRIT. THEREFORE, the SIGN at the Western Wall is that peace will be taken away, and deception/evil is coming to Israel. This could include, possibly, the signing of the Peace Agreement, as well as the mark of the beast.
Here is the article I wrote that includes the Wailing Wall link and the message I received:
https://latterrain333.wixsite.com/lifeline/blog/message-2-signs-for-israel-time-of-daniel

Thank you Elizabeth, I saw your video on this. May God bless you.

I understand Iran, but what reason would Russia have foe attacking Isreal.

I have had several dreams of Israel, and some of my friends. I pray for Israel. The Word tells us Israel will lose many. Their babies brains will be dashed against the stones and the women ravished. It is so terrible. It is grievous.

Thanks Brother Christopher , I believe this is Ezekiel 38 : 8-9 , notice in V. 10 it says [ at the same time ] so this is a different event than V. 8-9 . V. 11 [ I will go Up to the land of unwalled villages ] This is America . When Israel is attacked , America is attacked very soon after ( days or weeks, imo ) . The key to this understanding is V. 10 [ at the same time ] which shows they are two events happening in close proximity in time . Blessings

Was any scriptural reference given to go along with this dream?

sightedmoon.com
Nuclear weapons and flying scrolls in scriptures.
The unholy woman of Zechariah 5.