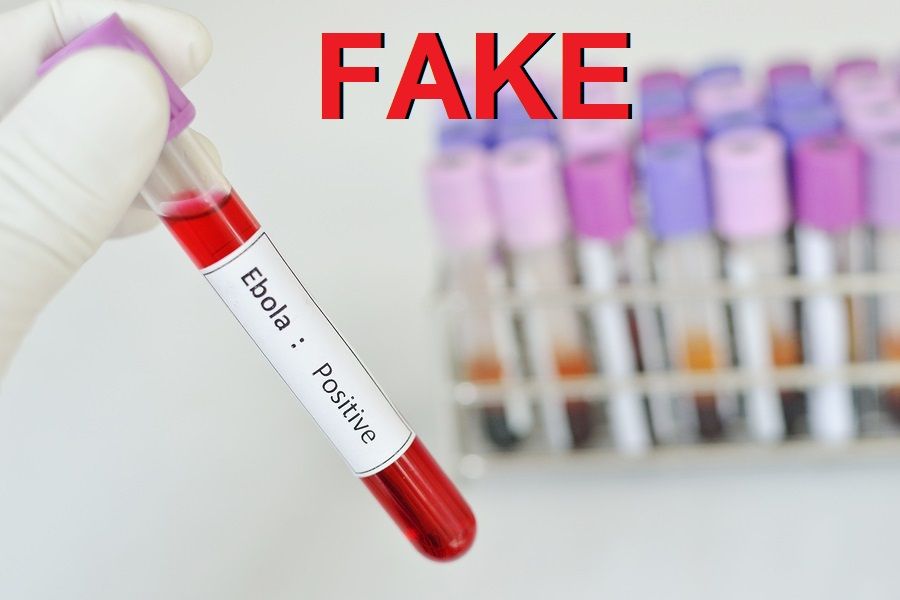 Once again, the virus is the cover story

We’re warned, now and then, that a new Ebola outbreak might be spreading. It’s one of those Coming Attractions in the theater that shows one virus movie after another.

In this case, the fear-hook is the bleeding symptom. It makes people cower in the dark. O my, look at the BLOOD. It’s…THE VIRUS.”

“…the World Health Organization reported a cluster of Ebola cases in Guinea…The Biden administration is moving forward with plans to screen airline passengers from two African countries arriving in the U.S. for Ebola…”

Because I do the work others won’t do…and because I covered the Ebola story in 2017 and 2014, here are essential quotes from my pieces during that period—

There is one predictable outcome: at Congo clinics and hospitals, frightened people who arrive with what are labeled “early signs” of Ebola will be diagnosed as probable cases. What are those symptoms? Fever, chill, sore throat, cough, headache, joint pain. Sound familiar? Normally, this would just be called the flu.

The massive campaign to make people believe the Ebola virus can attack at any moment, after the slightest contact, is quite a success.

People are falling all over themselves to raise the level of hysteria.

And that is preventing a hard look at Liberia, Sierra Leone, and the Republic of Guinea, three African nations where poverty and illness are staples of everyday life for the overwhelming number of people.

The command structure in those areas has a single dictum: don’t solve the human problem.

Don’t clean up the contaminated water supplies, don’t return stolen land to the people so they can thrive and grow food and finally achieve nutritional health, don’t solve overcrowding, don’t install basic sanitation, don’t strengthen immune systems, don’t let the people have power—because then they would throw off the local and global corporate juggernauts that are sucking the land of all its resources.

In order not to solve the problems of the people, a cover story is necessary. A cover story that exonerates the power structure.

It’s all about the virus. The demon. The strange attacker.

Forget everything else. The virus is the single enemy.

Forget the fact, for example, that a recent study of 15 pharmacies and 5 hospital drug dispensaries in Sierra Leone discovered the widespread and unconscionable use of beta-lactam antibiotics.

These drugs are highly toxic. One of their effects? Excessive bleeding.

Which just happens to be the scary “Ebola effect” that’s being trumpeted in the world press.

Forget the fact that pesticide companies are notorious for shipping banned toxic pesticides to Africa. One effect of the chemicals? Bleeding.

Forget the fact that, for decades, one of the leading causes of death in the Third World has been uncontrolled diarrhea. Electrolytes are drained from the body, and the adult or the baby dies. (Diarrhea is also listed as an “Ebola” symptom.)

Any sane doctor would make it his first order of business to replace electrolytes with simple supplementation—but no, the standard medical line goes this way:

The diarrhea is caused by germs in the intestinal tract, so we must pile on massive amounts of antibiotics to kill the germs.

The drugs kill off all bacteria in the gut, including the necessary and beneficial ones, and the patient can’t absorb what little food he has access to, and he dies.

Along the way, he can also bleed.

But no, all the bleeding comes from Ebola. It’s the virus. Don’t think about anything else.

In email correspondence with me, David Rasnick, PhD, announced this shocking finding:

“I have examined in detail the literature on isolation and Ems [EM: electron microscope pictures] of both Ebola and Marburg viruses. I have not found any convincing evidence that Ebola virus (and for that matter Marburg) has been isolated from humans. There is certainly no confirmatory evidence of human isolation.”

In other words, there is no evidence that the Ebola virus actually exists.

As I never tire saying: “the virus” is the greatest cover story ever invented.

Read the full article at NoMoreFakeNews.