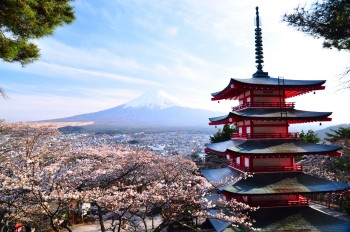 Over the past few days several  visitors to this site have sent in prophetic warnings about an earthquake hitting Japan.

Neville Johnson shared this prophetic warning in his recent newsletter. “I saw Japan being shaken by volcanoes and earthquakes in a way that had repercussions around the world.”

In 2015, Sadhu Sundar Selvaraj shared the following prophetic word. “An earthquake will hit Japan again. While I tell you this, I am seeing a vision. In the right side of the map of Japan, a very big angel is standing on the ocean. Raising his right hand towards the heaven, he says, ‘I swear this in the name of the living God. This will come to pass very soon.‘”

Nita Johnson received two major warnings from the Lord. She was shown that judgment in the form of massive earthquakes is set against both Los Angeles and Japan. She was shown that these would not be just big earthquakes but massive ones that could lead to the loss of life for millions of people. Such events would also have ripple effects across the world and could bring down the economy.

Just ten weeks after Terry Bennett saw these headlines, Japan was hit with a 9.0 earthquake and tsunami, so perhaps that was the first one he saw, but maybe not because the one he saw measured 9.1+, so there might be two more still coming.

Japanese sovereign debt levels are the highest of any developed nation, over 200% of their annual GDP. All that debt would make it almost impossible for them to absorb the cost of another natural disaster. It would be a devastating blow that would also send shockwaves throughout the global economy because Japan has the world’s third largest economy.

I have been watching for these numbers to show up in the earthquake data out of Japan. A 5.7 magnitude earthquake struck at 5:57 at a depth of 490 km. In July of 2016 there was a very detailed mathematical pattern in the Japan earthquake data. It formed a predictable countdown with layers of patterns. I’m wondering if this is the first point. February 4th will be the 1 year anniversary of comet Honda’s closest approach to earth, and the Japanese holiday called Foundation Day. It may be something to keep an eye on over the next week. Here is the link to the earthquake info. http://www.jma.go.jp/en/quake/20180206060405395-060557.html

February 11th, not 4th. Typing on my phone is not my strong point!

Interesting headline for a stock market article. Possibly prophetic? “Market “Earthquake Is Coming” – Icahn Warns “A Lot Of People Will Pay The Price Like In 1929” https://www.zerohedge.com/news/2018-02-06/market-earthquake-coming-icahn-warns-lot-people-will-pay-price-1929

Japan is now celebrating the 70th anniversary of the promulgation of their constitution. It seemed like a date to watch for Japan.

Japan continues to test the Abrahamic covenant.
There was this statement on April 3rd.
“The Government of Japan condemns that the government of Israel continues settlement activities despite repeated calls from the international community including Japan for freezing them.” http://english.pnn.ps/2017/04/04/japan-condemns-israeli-settlement-activities/
It was followed by this statement on April 10.
“The Government of Japan today announced that it deeply deplored the Israeli parliament for adopting the Regulation Bill regarding settlements.” http://www.albiladdailyeng.com/japan-condemns-israel-for-adopting-regulation-bill-on-settlements/
The 2011 Japanese earthquake was preceded by multiple Japanese policy positions condemning Israel for their settlement policies.

Japan continues to “deeply deplore” the Israeli decision to allow settlements in the West Bank. http://english.pnn.ps/2017/06/13/japan-fm-calls-on-israel-to-freeze-settlement-activities/

MANDEEP ! Praise the Father and thank for sharing this word from your friend! Blessing to India–how
wonderful to here from you ! Is this your first visit with Z3news ? Do you are your friend or body of believers
have a time line given to you on world events—-economy crash, New World Order ?
What percentage of your town are believing Christians ? We could pray for each other if there is any
request ! So grateful that we have This Z3news site to be able to speak to one another !
We here are from all over the globe –For me — Hi , from Texas !

Well God bless z3news, Br Bailey and all those who visit and those who post their revelations, Prophecies. I am from India, recently my friend had a vision a third time regarding Japan. She saw islands submerging in water. Huge amount of water covering the islands after Tsunami. She earlier saw huge earthquake shaking both Japan,America. We also saw Great Earthquakes causing widespread damage in Asia especially India and mountains in India and Tsunami in Southern and also Kolkata getting affected due to natural disasters.

Thank you for posting this. I recalled that Neville had mentioned an earthquake striking Japan would be a sign and economic woes would soon follow but because it was in audio format I resorted to googling it and thanks to you its here. God Bless you!

Dear Jim
Not sure if you are aware but Terry Bennett in a list of headlines on the Revelations page of his web site talks about several large earthquakes hitting Japan. Also the late John Paul Jackson saw Mount Fuji explode killing seven million people but no time frame was given.
Regards
PH

Good point! Thanks for sharing that.