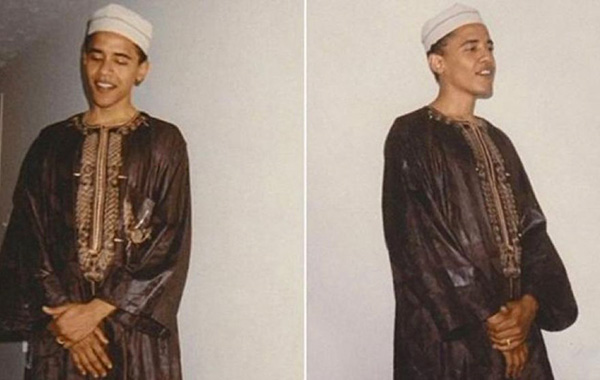 After listening to my recent podcast about President Obama, a man sent me an email sharing three dreams he received this year. He asked to remain anonymous.

I believe these dreams reveal Obama’s true identity, which has been  fraudulently presented by the mainstream news media.

Dream #1: January 29, 2016
I dreamed about President Obama. He was forcing people to do his will. I saw him kissing men and women, one at a time, on the lips. While he was kissing them, he shot red laser beams out of his eyes that immediately shrank them down to microscopic size. They were then placed inside a huge master computer where they were forced to live and do his bidding.

It was evident to me that the people were given an ominous choice or freely obeying him or being taken by force into his computer.

Dream #2: October 23, 2016
I dreamed I was overhearing Obama speak privately with someone. He seemed very stern, cold and angry in how he was speaking. It was clear to me that he was a Muslim and had great disdain for Christians and the Bible. He declared the Bible was to be disregarded because of its support for the Jewish people.

In the same dream, I was then shown a palace that Obama was planning to build for himself. I vividly recall seeing that this palace had three Islamic Mosque-like domes within it, where he would be worshipping.

Dream #3: November 18, 2016
I dreamed I was somewhere staying in a hotel room with a childhood classmate and Obama. Both of us seemed very aware of how creepy an individual Obama was.

I began secretly preparing a camera case in which I was hiding personal valuables like money and my passport so that Obama would not find them. What was really evident to me was that Obama was the sleaziest, most controlling and insecure person I’d ever encountered. I knew he was constantly watching me and going out of his way to try and convince me how wrong the alternative media was about him.

I recall him going into the washroom at some point to take a shower. From the shower he began shouting at my former classmate and me, saying he could hear us talking to one another and demanding we tell him exactly what we were saying.

In the next scene, he approached me in the same hotel room asking for a hug. While hugging me, however, he quickly tried to push me to the floor so that he could get on top of me in order to sodomize me. I yelled, “No!” Then I promptly woke up from the dream.

I have had dreams of Obama since he took office. One dream about two years ago; He was walking down a long hallway. There were doors on either side of the hallway. As he sauntered past them, they flung open on their own. He has demonic powers. He got to the end of the hall, and opened the door facing him. It was the Oval office. He looked over his left shoulder, as he knew I was ‘there’. He smirked at me, then shut the door in my face. I knew that the opening doors where letting BAD things into our Nation. It stops with him. HE is the cause of many bad things coming in.

Do not forget that Obama was chosen to be president of the US by
Jacob Rothschild to carry out his destructive policies not only for the
US but for every nation on earth.

Rev. James B. Medd, I don’t doubt you for a second but could you elaborate on how you came to this link between Obama and Jacob Rothschild? I’m familiar with Obama’s mother, father and step father being communists, she working for the CIA (?) and Obama being groomed from an early age to be an instrument of the subversive elites, a student of Saul Alinsky, the author of Rules For Radicals. Please tell us more.

In a dream, I saw BHO giving a speech. It was in a public area and there were a lot of people most of them were young. I was standing there in the crowd and next to my right a young lady asked me: Who is that man? I respond her: the man of lies. End of dream…. I will keep saying he is the AC. Back in 2008 when I first watch him on TV, I had a bad feeling about him.

“Hug” is a code word for a type of sex act to the one mentioned. Recent revelations regarding the elite have brought some of these terms out.

“Dreams- Word from the Lord- Deception is Rising” (11/13/2015)
Obama is a significant part of the message of these dreams.

will obama re appear in 4 years when the next 2020 president will be the woman? how will he appear if he isn’t president after jan 20th

In a dream, I saw Obama departing the U.S. after he had completed His assignment, as revealed in Daniel 11:39, so that is what I believe. I was not shown the details of how it plays out, just the end result. He can complete his assignment from within the White House or from the outside working as a community organizer, which is what he does best. Even if he does it as a former President, he would still be called President Obama because all former Presidents are still called President.

It is so wonderful to find a site like this one to confirm that many discerning Christians are having dreams and visions. Thank You and God Bless you!

Thanks for sharing those three dreams by “anonymous,” James.

You must have got a fright and a queasy feeling at the time you woke. I could not help laughing at the scene in my mind when you yelled and got up………….
Have a Blessed day,
Paul;

I have been having a disturbing vision about Donald Trump. As far as Mr. Obama goes, yes, he is a anti christ.
I have been seeing Donald Trump being pushed o to a stage; he is in a wheel chair. I have had this vision numerous times since he won the election.
I think some serious harm could come to him. These people will do anything to anyone.
I am praying much for him.

The Beast declares death to anyone who does not worship the authority of the beast. The meaning of death is the end of your job.
Those who do not agree and comply with this law are going to loose their job/career/business/lifestyle.