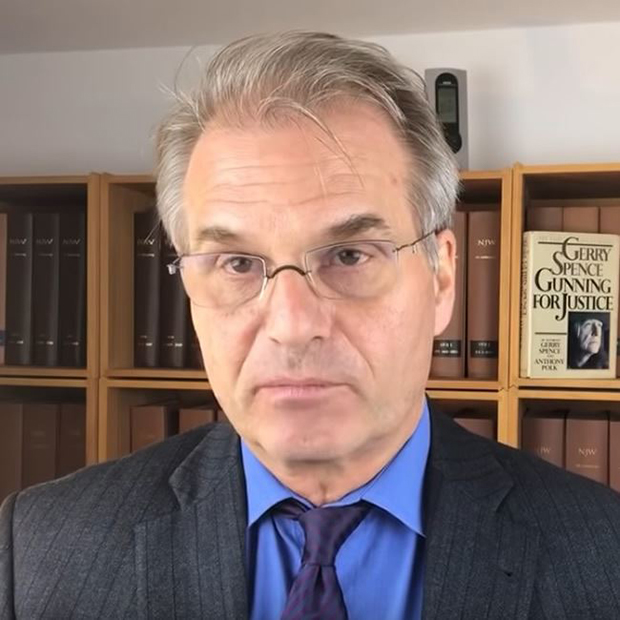 In the 10-minute video message shown below, German attorney and Phd, Dr. Reiner Fuellmich exposes the true agenda of the psychopathic globalists who have orchestrated this fake pandemic. The following provides a transcript of selected quotes from this video.

“The World Health Organization has conceded that the (COVID-19) virus, regardless of whether it is semi or fully artificial or natural, is no more dangerous than the common flu with an infection fatality rate of 0.14%, (meaning 99.86% of infected people survive).”

Note: For comparison, 30% fatality rate smallpox had a during the first half of the 20th century.

“These measures (referring to the injections, lockdowns, economic shutdowns, supply distribution shut downs, mask mandates) are as deadly and destructive as a third world war would be.”

“The Drosten PCR test, which was declared as the gold standard by Bill Gates and the Chinese, is an outrageous fraud. First, a PCR test per se cannot detect infections. And second, the Drosten PCR test with 45 cycles of amplification has been found to show 100% false positives because from 24 cycles on the test lacks anything even remotely scientific. And at 35 cycles it produces at least 97% false positives according to Dr. Mike Yeadon, former Vice President of Pfizer.”

“The shots lack any effectiveness and are extremely dangerous… In normal times it can be assumed that at most between 1% and 10% of all the real adverse reaction events are reported at all, but we do not have normal times. The mainstream media and the politicians which are both under the control of the global corporations and the global NGO’s are doing everything in their power to make registration of adverse events as difficult as possible so that in truth we are, in all likelihood, looking at approximately 500,000 dead after vaccination in the U.S. alone.”

“The Berlin Investigative Committee already now accumulated extremely incriminating evidence which proves that this was never about health. Rather, Mr Global (referring to the globalists) is exclusively pursuing these goals with their measures:

“We are obviously dealing here with megalomaniac psychopaths and sociopaths who should have been stopped a long time ago, but now the time has come for this. That is why millions of people are demonstrating all over the world today.”

We must pray DAILY for the Truth Tellers as Social media & Big Tech has greatly increased their censorship and many of these messages are being silenced. 😔🙏🏻💝