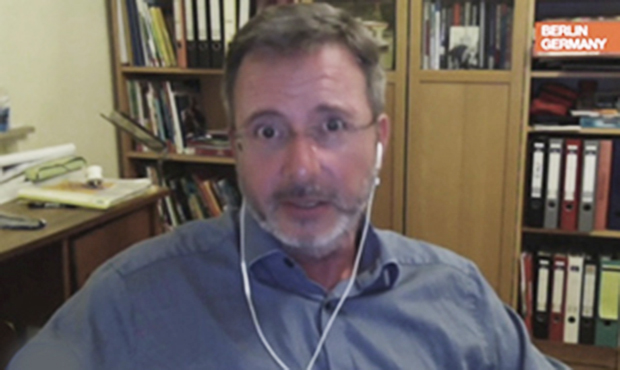 In the 44-minute video shown below, published by Asia Pacific Today, propaganda expert Dr. Piers Robinson explains how the globalists are relying on a COVID propaganda operation to lay the groundwork for the extreme measures being implemented around the world, including mandatory masks, COVID testing, lockdowns, curfews and injections. Anyone submitting themselves to corporate controlled mainstream media news sources is effectively submitting to indoctrination and psychological warfare designed to deceive us, manipulate us and control us.

Dr. Robinson warns, “What I have become increasingly concerned by is that this is clearly not being driven by a health crisis. Clearly we are at a point now, a year and a half into this, with profound changes and restructuring going on to our society, whether it’s digital currencies, vaccine passports, and so on with the continued suspension of civil liberties. What we seem to have here is political actors exploiting the circumstances for political, economic and social objectives… Organizations such as the World Economic Forum have had a very specific vision from the very beginning about how to respond to COVID-19 and a very specific vision for the future… and what it appears is that actors such as that are using and exploiting COVID for the substantial political, economic and social restructuring.”

“And where propaganda comes back into this is because, if this is the case, then all of this is being done without any kind of democratic scrutiny and without any kind of awareness from the public because people are thinking this is all about the virus and people are scared and terrified and parliaments and lawmakers are going along with the agenda, as is the mainstream media and academics.”

Dr Piers Robinson is  an expert on communication, media and world politics, focusing on conflict and war and especially the role of propaganda. He is presently Co-Director of the Organisation for Propaganda Studies, Convenor of the Working Group on Syria, Propaganda and Media and Associated Researcher with the Working Group on Propaganda and the 9/11 ‘War on Terror’. From 2016 – 2019, he was Professor and Chair in Politics, Society and Political Journalism at the University of Sheffield. Dr Robinson has served on the boards of several academic journals. He has lectured at the NATO Defense College in Rome and briefed senior UK military commanders and diplomats. His Research interests focus on Organised Persuasive Communication and Contemporary Propaganda and his current projects include Propaganda and the Syrian conflict; Propaganda and the 9/11 Global War on Terror and Covid19. Dr Robinson’s books include the Routledge Handbook of Media, Conflict and Security (2016), Pockets of Resistance: British news media, war and theory in the 2003 invasion of Iraq, (2010) and The CNN Effect: the myth of news, foreign policy and intervention (2002).

This video is also available on Rumble.com.