You are here: Home » Prophecies » Don’t give up now, not when you are this close to the top.
Share this post: 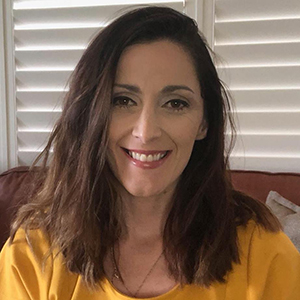 You are not stuck as it may seem, you are moving closer and closer to the pinnacle.

I want to prophesy over those that are feeling ‘stuck’ right now. This word has been continually highlighted to me and when I was asking the Holy Spirit why, He showed me that it has been an ‘umbrella’ of fog over the body of Christ at the moment. I was reminded of a time when Nate and I were attempting to visit the pinnacle of a mountain top, but because it was so high, a cloud of fog suddenly descended upon where we were.

We had never been to this mountain top before and because the fog was so thick, visions in my mind showed me that we and our children might easily plunge off the side of a cascading mountain cliff if we made the slightest wrong move. We couldn’t see any further than a meter in front of our car, so we decided to stop and wait out the fog. However, the fog was so thick and it did not seem to have any intentions to leave. We felt stuck, as though we couldn’t go backwards or move forwards, so we finally decided to continue slowly driving higher until we reached safety.

Not long after we began moving again, the fog slowly began to dissipate, and the reality of our surroundings was made more and more apparent to us. We felt as though we were on the edge of a cliff, but much to our surprise, we had actually reached a long stretching plateau of land at the very top of the mountain and we were within minutes of reaching the pinnacle.

Don’t go back, you are almost there.

I believe many are finding themselves in this place right now, saying, “Father, I feel as though I can’t move forward any further, but I know I can’t go back. I feel stuck. I feel confused and I can’t see the way forward.” I believe the Father is saying, “Keep moving. Don’t stop moving forward with small steps of faith. It may feel slow, but keep moving forward. You are closer to the pinnacle than you think.”

I also feel that for those who feel as though they are in dangerous or precarious situations, God is moving you out of that place, and what may ‘feel’ scary, you have actually already moved beyond the ‘danger zone’ and you have reached a plateau. Just a little bit further, and you will reach the pinnacle of long awaited promises. I want to encourage you today, don’t stop now. Don’t give up now, not when you are this close to the top. For at the top, the views are magnificent, and you will discover new heights of His love, new realms of His glory and you will SEE with new eyes from His higher perspective for the next season of your life.

This pinnacle belongs to you, it is your destiny.

Christy and her husband Nate host online courses to train, equip and empower people as they walk through deep inner healing, identity issues. They release regular encouragement and prophetic words to the body of Christ through social media and create simple, bible-based books and resources to help edify and empower the body of Christ to walk in their full authority and identity as Sons and Daughters of the King.

Thank you, Christy! God bless you for this message.