You are here: Home » News » Financial News » Our Disneyland Economy 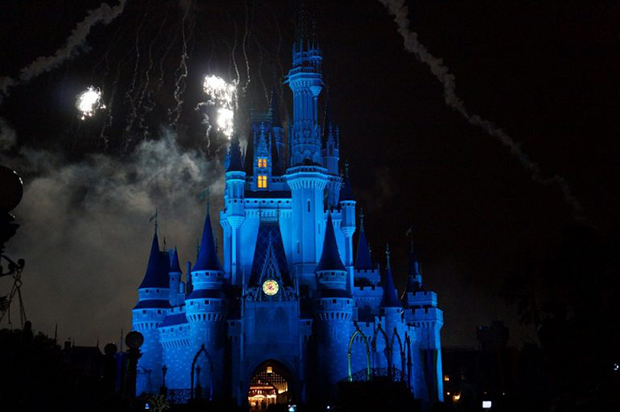 Disneyland is known as a place “where dreams come true” and where every story always has a happy ending.  But there is going to be no happy ending for the U.S. economy.  Wishful thinking has resulted in one of the greatest stock market rallies in history in recent months, but like all childhood fantasies, it won’t last.  The real economy continues to deteriorate, and we can see this even right outside of the gates of Disneyland.  Every night growing numbers of homeless people sleep on the pavement just steps away from “the happiest place on Earth”.  It can be fun to “play make believe” for a while, but eventually reality always catches up with us.

The Dow Jones Industrial Average recorded its 23rd all time high of 2017 yesterday closing at 21,532.  There have been a total of 120 days where the markets have closed since President Trump’s inauguration on January 20th.  The ‘DOW’ has closed at all time highs 23 of those days for nearly 20% or one-fifth of the days the market has been open.  The market is up 9% since the inauguration.

If this surge was supported by hard economic data, that would be something to greatly celebrate, but that has not been the case at all.

Instead, stock prices have become completely disconnected from economic reality, and now we are facing one of the greatest stock bubbles of all time.  As Graham Summers has pointed out, stocks are now trading at price to sales ratios that we haven’t seen since the very height of the dotcom bubble…

Earnings, cash flow, and book value are all financial data points that can be massaged via a variety of gimmicks. As a result of this, valuing stocks based on Price to Earnings, Price to Cash Flow, and Price to Book Value can often lead to inaccurate valuations.

Sales on the other hand are all but impossible to gimmick. Either money came in the door, or it didn’t And, if a company is caught faking its sales numbers, someone is going to jail.

So the fact that stocks are now trading at a P/S ratio that matches the Tech Bubble (the single largest stock bubble in history) tells us that we’re truly trading at astronomical levels: levels associated with staggering levels of excess.

There is no possible way that this is sustainable, and just like before the 2008 crisis a whole host of experts are warning that disaster is imminent.  One of them is John Mauldin…

Looking with fresh eyes at the economic numbers and central bankers’ statements convinced me that we will soon be in deep trouble. I now feel that it’s highly likely we will face a major financial crisis, if not later this year, then by the end of 2018 at the latest. Just a few months ago, I thought we could avoid a crisis and muddle through. Now I think we’re past that point. The key decision-makers have (1) done nothing, (2) done the wrong thing, or (3) done the right thing too late.

Having realized this, I’m adjusting my research efforts. I believe a major crisis is coming. The questions now are, how severe will it be, and how will we get through it?

And even though the stock market has been surging deeper and deeper into bubble territory in recent months, the middle class has continued to shrink and poverty has continued to grow all over the country.  In fact, because so many homeless people have been sleeping at bus shelters across from Disneyland lately authorities decided to completely remove the benches that they had been sleeping on…

The vanishing benches were Anaheim’s response to complaints about the homeless population around Disneyland. Public work crews removed 20 benches from bus shelters after callers alerted City Hall to reports of vagrants drinking, defecating or smoking pot in the neighborhood near the amusement park’s entrance, officials said.

The situation is part of a larger struggle by Orange County to deal with a rising homeless population. A survey last year placed the number of those without shelter at 15,300 people, compared with 12,700 two years earlier.

But simply removing benches will not make the problem go away.

Homelessness has been growing so rapidly in Los Angeles that the the L.A. City Council actually asked Governor Jerry Brown to formally declare a state of emergency.

And in New York City, street homelessness is up 39 percent over the past year.

This is where the real economy is heading, but a rising stock market makes for much happier headlines.

Many major cities around the nation are passing laws to essentially make it illegal to be homeless.  Forcing homeless people to go somewhere else may mask the problem for a while, but it certainly doesn’t do anything to solve it.  In my new book entitled “Living A Life That Really Matters”, I talk about how real love is not just about loving those that are just like us.  Rather, real love is about caring for people no matter what they look like and no matter what they are going through.

Unfortunately, the economic suffering that we are seeing right now is just the beginning.

Homelessness is already worse in many parts of the nation that it was during the depths of the last recession, and what we are going to see during the next economic downturn is going to be absolutely unprecedented.

So don’t look down on those that need a helping hand, because in the not too distant future you may find yourself needing some help.

The economy is going to crash… not just the stock market…the coming dollar crash…low labor participation rate… national debt… homelessness and etc. Better be prepared. Our local homeless shelter is forever full… housing over 250 every night…and it feeds thousands more. I try to give time and money each month to the shelter.

Right on Michael. It has been nothing but lies and deception for years.
The disintegration is well under way, and the final explosion is at hand.

Those who are awakened will understand the revelation of what is happening in the spiritual realm. Sadly, many are still asleep. You are right in stating that we should not look down on anyone. May we judge or condemn no one for one does not know if he/she will be one of those on the benches outside of Disney land. Please see video on Jim Baker with Cindy Jacobs on youtube: Pray for a healthy economy. It adds an additional insight to what is happening behind the scenes on Wall Street. God Bless

God is the Author of Reality Therapy. He will prescribe this as needed, as often as needed.

The Bible:
“Blessed is the nation whose God is the Lord”.
“Where the Spirit of the Lord is, there is Liberty”
“Come unto me, all you who are weary and heavy-laden, and I will give you rest. Take my yoke upon you, for my yoke is easy, and my burden is light.”