You are here: Home » Prophecies » Ding Dong the Witch is Dead! 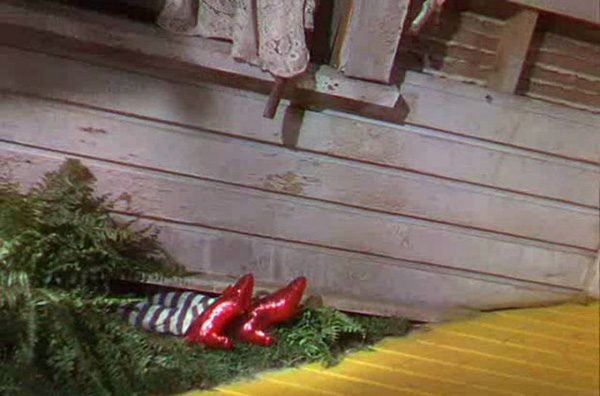 In a time of intercession today, I went into an encounter of travail. In this encounter, it was winter time and I saw the devil was having fun on a sled laughing and joyfully thinking he had won against God’s people. He was drunk with his own satisfaction of deceived victory against God’s people, as he was deluded in thinking he had prevented them from breaking through into the next season of blessing and inheritance. Next minute, his sled got overturned and he was toppled out! I knew this was the OVERTURNING of the enemy.

As I saw this, I began to travail by the Holy Spirit, like the sounding of a shofar… that sound kept resounding through me and as it was being released over and over, it was like it was releasing breakthrough and I was seeing the snow melt away and summer time come.

I immediately had the sense of the movie Narnia (The Lion, the Witch and the Wardrobe) by CS Lewis. In this book or movie, when the return of Aslan the Lion (representing Jesus) was drawing near, the ice of winter began to melt away. This signified the Wicked Ice Witch Queen’s power was disintegrating. Her reign was coming to an end.

The interesting thing I noticed in this encounter was that it moved very quickly from winter through spring then into summer.

I then began to hear the words of the Wizard of Oz song, “Ding Dong the witch is dead”.

The Lord is saying in this time, “I am drawing near as the Lion, I am turning the enemy on his head. I am restoring springtime and harvest to My people. Behold, winter is over the witch is dead! For what has been like a winter season of the longest night, I am now bringing forth the warmth of the new day. For the reign of terror is over!”

If you look at the words of the song, “Ding dong the witch is dead”, it speaks of the reign of terror and dread being over. It talks of waking up people to hear that she’s dead, she’s finally dead!

HE’S AWAKENING US TO HIS LOVE, PERFECT LOVE CASTS OUT ALL FEAR!

The Lord has come in the FURIOUS FIRE OF HIS LOVE and is casting out all fear! He is casting out and overthrowing all “REIGN OF TERROR” in and over His people. The furious fire of His love is melting the snow, putting an end to the cycle of winter and death, burning up the roots of fear and is bringing warmth and healing to your soul. Through the furious fire of His love, He is burning up your enemies because your enemies are His enemies. Through the Furious fire of His love, He is causing every obstacle and hill to melt like wax. He is causing you to be rooted and grounded in His love, that you may no longer be a slave to fear, but one that crys Abba father. That you may be filled with the fullness of God by knowing the heights, lengths, breadths and depth of His love, in order that you may move into the season of exceedingly abundantly above all you could ask or think!

There has been a lot of talk circulating at present regarding the rise of demonic witchcraft attacks. I say… as gross darkness covers the earth, alas, so the rising of His Glory in His glorious saints.

The enemy knows he’s loosing ground, so he’s amping up his attack, but as he does so, he exposes himself into the light for the children of light to recognise and overcome. For whenever its time for his works to be uprooted, he always manifests in a violent way, whether it’s a stronghold in a person’s life or corporately. Right near the time of deliverance can seem the darkest of night. As the saying goes, “it’s always darkest before the dawn.”

You might be feeling like your darkest night has been upon you and you’ve been holding on by your fingernails or the skin of your teeth, but know the dawn has broken and the sun of righteousness is arising with healing in His wings.
Know this is the season of OVERTURNING and entering into blessings and inheritance. Know that winter is over and springtime and summer have come at once… as the Reign of Terror is OVER!

Know that it’s YOUR TIME TO INHERIT!

“Yes, as you are praying for this nation, I am commissioning you to pray for the Universities. I want the education system back. My people allowed it to be taken by the enemy and it is time for My people to take it back. So pray for the universities but don’t stop there. I want to be a part of the education system once again. When our children are trained in the nurture and admonition of the Lord, it becomes a guiding path for their lives. Even if they stray, the compass is still within them to bring them home. But those with no compass are open to deception. And what happens when you get a nation full of deception? Chaos. How would you describe what you see in the natural right now? Yes, chaos. But chaos is not My plan and I am working My plan. So, I am calling you to pray for the universities and whole education system of this land. Allow my Spirit to guide you for I know what needs to be done but I need a willing pray-er to bring it about.”
United in Prayer we Stand,

Yes! let there be a mighty move of the Holy Spirit upon the children! Elementary, middle school, high school and yes universities! Let there be spontaneous times of prayer, repentance and worship on campuses across this nation bringing freedom and deliverance, causing darkness to flee faster than the speed of light!

Please pray for our moment of silence/meditation in the mornings to be turned back to moment of prayer before the start of the school day.

I work in a junior high and the enemy is having a field day with our children, but I know there is nothing impossible with our God..

Thank you Father for this word

The witch is still quite well and waiting and scheming to snatch the presidency of the US, you know the one I mean, the one that talks to dead people especially Elanor R.

In Light of what the Bible says and all of the things that must happen before the end, and that America will be utterly burned with fire………..this word may serve as a brief respite for glory,,.. rest..,..restoration and contemplation of God’s Grace and Mercy. Time (on anyone’s and everyone’s calendar) is short…..make the best of God’s intervention as you can……….”All for His Glory”

I believe both can happen at the same time, andlukely will. As God’s judgements fall on the US, His glory will shine bright and brighter on His remnant. I don’t see them as mutually exclusive.