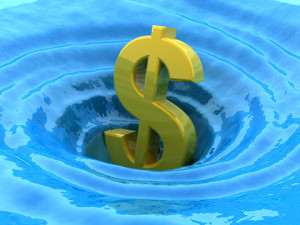 A high-level employee at the Department of Homeland Security (DHS) with access to the top level officers has just revealed disturbing evidence that the United States government is planning to destroy the American economy by collapsing the U.S. dollar in the near future.

The DHS informant uses the alias name “Rosebud” for their protection. In late December 2012 the informant participated in an interview with Douglas Hagmann, founder and director of the Northeast Intelligence Network and CEO of a private investigative agency serving many Fortune 500 clients. Mr. Hagmann also hosts a nightly radio program called “The Hagmann & Hagmann Report.”

While the interview was recorded in late December, Rosebud requested that portions not be released until after the inauguration of President Obama. So finally, we have access to this information in the following transcript:

“People better pay close attention over the next few months. First, there won’t be any meaningful deal about the fiscal crisis. This is planned, I mean, the lack of a deal is planned. In fact, it’ necessary to pave the way for what is in the short term agenda.”

“The coming collapse of the U.S. dollar is a done deal. It’s been in the works for years – decades, and this is one of the most important cataclysmic events that DHS is preparing for. I almost think that DHS was created for that purpose alone, to fight Americans, not protect them, right here in America. But that’s not the only reason. There’s the gun issue too.”

“Okay, but I’m not going to give it to you in baby steps. Big boy steps. This is what I am hearing. Life for the average American is going to change significantly, and not the change people expect. First, DHS is preparing to work with police departments and the TSA to respond to civil uprisings that will happen when there is a financial panic. And there will be one, maybe as early as this spring, when the dollar won’t get you a gumball. I’m not sure what the catalyst will be, but I’ve heard rumblings about a derivatives crisis as well as an oil embargo. I don’t know, that’s not my department. But something is going to happen to collapse the dollar, which has been in the works since the 1990′s. Now if it does not happen as soon as this, it’s because there are people, real patriots, who are working to prevent this, so it’s a fluid dynamic. But that doesn’t change the preparations.”

Next Rosebud explains who is really in charge of these plans coming from the White House. Amazingly, it is not President Obama. It is Valerie Jarrett, Obama’s closest and most trusted adviser. Jarrett has close personal ties with the communist movement in America.

“We don’t have a lot of time, tonight – our meeting –  as well as our country. I mean I have heard – with my own ears – plans being made that originate from the White House that involve the hierarchy of DHS. You gotta know how DHS works at the highest of levels. It’s Jarrett and Napolitano, with Jarrett organizing all of the plans and approaches. She’s the one in charge, at least from my point of view, from what I am seeing. Obama knows that’s going on and has say, but it seems that Jarrett has the final say, not the other way around. It’s [screwed] up. This really went into high gear since the election.”

PROPAGANDA CAMPAIGN IS PART OF THE PLAN

According to Rosebud, the attack on the dollar is already being implemented on several fronts. President Obama’s mentions of an economic recovery during his inauguration speech was part of a propaganda campaign to deceive the American public. Economic recovery is not part of their plan. They are willing to have some semblance of a recovery only to allow them more time to prepare for implementing their plan. Ultimately, their plan requires economic collapse because it is necessary to achieve their other goals.

“Well, this is perhaps the most important issue people need to understand. There will be, and was, talk of a recovery and a stronger economy, but it’s all propaganda. As you heard me say in the recording you just played, the complete inaugural address will be a “Baghdad Bob” moment, and it was. Many economists will use false figures and statistics to deceive the American people. People must not downplay the importance of the economic aspect of this address. The sudden collapse of the U.S. dollar (however it actually plays out) and everything that goes with it (such as social chaos and riots) will be one part of a plan that was set in motion a long time ago.”

“The economic devastation that will take place is an attack, a planned attack on the U.S. Just look at it that way. This “regime” already knows the outcome, which is the debasement of our national currency. Like I said, it’s been in the works most recently since the 1990′s. A collapse does not happen without a lot of pain – people losing everything in their retirement accounts, savings and so on. Don’t you think that will cause one hell of a national security problem? And who is running our national or domestic security? DHS.”

“Oh, and one of the reasons I wanted to include more recent information into our discussion relates to something you did last month, after our talk. I know you said you did not want to source your own work, but there was one important radio program you did that caused a very angry response inside DHS. You had a financial insider on your program who went by some letter, like the first or last letter of his name.”

At this point, Doug Hagmann explains the code name for the financial insider was “V”. This person was interviewed on the Hagmann & Hagmann radio program on January 11, 2013. Apparently, that interview caused a big stir inside the DHS.

“Yeah, that was it. If you ask your network, I think you’ll find a request was made for the transcript of that program by DHS. The information given by that source was protected, or confidential, especially regarding the actions of big bankers here in the U.S. and the foreign markets. These international bankers are playing a big role in killing the U.S., and although they’re bold, they still don’t want certain things disclosed before their time.”

“Let me spell it out for you, and this is the crux of everything. We have Obama (or whatever his real name is) in the Oval Office. You’ve said it before, that America is a “captured operation.” Well, it is, and every top level operative at DHS and Justice knows it. They have his dossier.”

“Think about Obama’s mother working in microfinance with Timothy Geithner’s father. What are the odds? And that’s just one coincidence.”

Rosebud next comments are mind boggling. He explains this is a long term plan that has involved several administrations and crosses over both sides of the political aisle.

“A lot of people won’t get this until it’s too late, or maybe never get it. But take a good look at Obama and the people who surround him. Look at the 2008 economic crisis under Bush. Look at the run up to where we’re at today. The orchestrated boom of the 1990′s. The GLB Act signed into law under Clinton that changed the complexion of our domestic economy. Look at the people who are still around, the architects of this. It’s a big lie! It’s all been rigged, and the insiders know this! Look at the continuity of agenda since Bush senior.”

“Now listen to what I am telling you. This is a continuing operation that involves many of the same people on both sides of the aisle in Washington. This is one of the reasons why no one wants to talk about Obama’s past. He is the product of a continuing intelligence operation, put in power to oversee the dismantling of the U.S., with the economy being the lynchpin of our destruction. Obama, Jarrett, and the Clintons are in constant contact with all high level operatives inside the DHS. Perhaps not directly in all cases but through their contacts. They are working together to see to it that the U.S. economy is brought down, robbing the people of their wealth and then blaming partisan politics for the crash.”

“For the first time in recent history, you’re going to see people hungry and out in the streets. Those unprepared or those thinking this is all [expletive deleted]. Desperate and begging for food. Think Katrina, but on a national scale. That’s what is being planned for Americans, and few people are willing to see what’s happening, or willing to believe it. Now here’s where DHS, my sources and information comes in.”

“The DHS will oversee the domestic crackdown that will happen when the perfect storm bears down on us. And the perfect storm is the economy, meaning the U.S. dollar collapse and hyperinflation, racial or class riots sparked by a high-profile incident, and another mass causality event involving guns. Watch for these three things to happen all at once, or in close succession.”

“The polarization caused by these events will be sufficient to cause a second civil war.”

A FALSE FLAG EVENT IS PART OF THE PLAN

Rosebud describes the details of the DHS plan that includes a false flag event designed to deceive the American public and win their sympathy and support against the people whom the government believes are the real enemies. Their goal with this event is to convince American citizens that the real threat to restoring order are the people who call themselves “patriots.” These include gun owners, anyone who supports the U.S. Constitution, and of course Christians.

“I don’t have a crystal ball, but I have seen various reports referencing unprecedented “drills” to take place in later March and April. I’ll mention this because I know a lot of people on the inside at DHS have seen this. A document called “Operation Thunderdome.” It’s maybe 50 or 60 pages, I’m not certain. It describes an economic collapse in the U.S., followed by an attack on the government by “a made-up patriotic group.” It combines gun owners, Constitutionalists, and even Christians into an enemy group that pulls off an attack in Washington.”

“But don’t fall into the trap of trying to pick the time of these events. Their plans are flexible, but their objectives are carved in stone.”

I don’t know about all your allegations, particularly the high-level conspiratorial ones, but I agree with the basic: collapse of the dollar, and the ensuing economic/social/political turmoil, is coming. However, I fear that the reference to even broad time windows of its occurrence is contra-productive. After so many times of crying “wolf” (not just by you, but by many of those sincerely concerned), probably fosters indifference. Then, again, most people would not accept this forecast outcome, regardless, because it is just to frightening to consider..