You are here: Home » Church » Assignments » Destiny promotions like that of Joseph are taking place in this season. 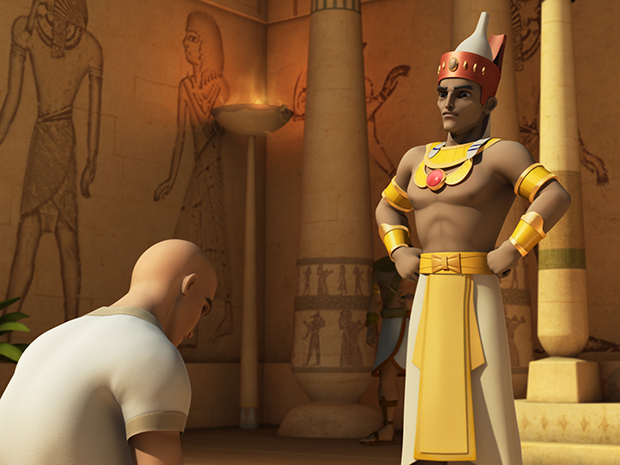 I sense tension in the spirit realm right now where movement, advancement and ground taking is happening for Gods people, but there is an aggravation from the enemy as he seeks to provoke the saints into fights and battles where they would settle for natural weapons. Don’t take the bait, you cannot win a war with mere carnal weapons. I see the enemy laying all sorts of different traps and snares to lure Gods people into a fight where they would be tempted to engage in retaliation by the arm of the flesh or flight by fear.

I feel the Lord is saying, “Hold your peace and pray for wisdom”!

Act according to what the word would say in these situations that have been stirred up by the enemy.

For the Lord wants you to know that : THIS IS THE ENEMY!!!

Many times we are a bit slow on the uptake and don’t even recognize the enemy’s fingerprint until we are fully engaged in a battle. Sometimes we think it’s us, sometimes we think it’s other people and sometimes we plain just blame it on the weather! But the Lord would have you know there is some demonic activity coming against the saints right now because there is territory that is being taken and kingdom advancement that is happening.

LIGHT is rising upon many in this season, and the enemy is seeking to hinder and oppose this rising. His efforts are in vain however, for who can stand against the plans of the Lord?

I see though, that the enemy would seek to stir up trouble. I see jealousy, accusations, undermining sly betrayals, thoughts of discouragement, fear and infirmity being sent against these ones who are moving into new governmental positions. But the Lord would say that the momentum that has been set in motion by His Spirit will be too great for any effect of the enemy.

The Lord is saying,

“Don’t be discouraged by these attacks but know it’s only the battle before the promotion and your position in the battle is simply thanksgiving and trust. Bless those who curse you and pray for those who despite fully use you. A soft answer turns away wrath. Overcome evil with good and know that God is for you and if God is for you, who can be against you!

Don’t yield to the temptations of the carnal nature and respond in natural reasoning or carnal impulses. Don’t engage in this battle. Don’t fight back with the arm of the flesh. Take hold of the word of God, submit to that truth, resist the devil and He must flee!”

Thank you Anita! May God bless you.

Australia is not the USA, but I do appreciate this message. However, the enemy, both spiritual and physical, is planning a real war in America. Mike Adams, the “Health Ranger” gives the best possible council concerning the events planned for our nation. He advises that when this war becomes intense to “hold our fire, for he who fires FIRST loses.” But he goes on to say that the Scriptures no where prohibits self defense or defense of our families. IF literal war breaks out, as in a civil war, it’s going to take a huge amount of WISDOM on the part of all Christians and conservatives.

Larry Nichols during an excellent interview with Lisa Lyz, brings clarity to this up and coming possible problem. Also, the Lord showed me how the true enemy is going to “pretend that he is us” a few days ago, and last night Larry said the same thing. This will be a conflict based on major DECIET, exactly like the devil likes to wage war. “Be wise as serpents, and harmless as doves.” But we can protect life and limb. God Bless.

Amen! I felt very strongly that these words were written for me 🙂 Thank you Anita

My church is under attack…been split in two by the breakup of prominent couple. Never seen so much gossip, plotting, conspiring, backbiting, accusations, lying, & etc.. Even the Pastor is involved and has taken sides.Shameful. I am praying for revelation as to whether I should stay and be a rock…I lead the men’s group…or find another church.

Thank you, Anita, for sharing what the LORD has shown you!

I agree that we must not “be tempted to engage in retaliation by the arm of the flesh or flight by fear.” Pray for much wisdom during these days of deceit, that we would not be caught unaware of the enemies schemes.