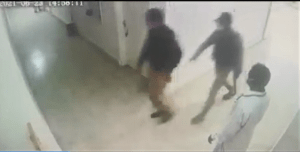 LAHORE, Pakistan (Morning Star News) – Riaz Gill was working in his office at one of Karachi, Pakistan’s biggest government hospitals last week when a group of Muslim doctors stormed in and attacked him.

“How can a Chuhra and Bhangi dare to work on the same level as us?” the assailants said, using the pejorative terms for Christians as they dragged the middle-aged Gill out of his office, kicking and beating him.

Serving in the Jinnah Postgraduate Medical Center (JPMC) as office superintendent for the last six years, Gill had been promoted as deputy director on April 8. Death threats from his colleagues against him and his family had already forced him to resign his new post the week before and return to his former job, but the attacking doctors appeared to want him gone from the hospital altogether.

On Wednesday (June 23), Dr. Usman Zafar, anesthetist Sikandar Hayat and their aides entered Gill’s office and began manhandling him and breaking office furniture, said Gill, a member of the Church of Pakistan.

“We will fix you for good today…We will see how you continue to work at this hospital,” the doctors said as they dragged him on the floor, kicked and beat him, according to Gill.

“They cursed and abused me and said they would first drag my body in the entire hospital and then burn me alive,” Gill said. “I kept shouting for help, but no one came forward to rescue me from them.”

Two armed Sindh Rangers and a constable of the Karachi Police were also present and witnessed the incident, but they just looked on, he said. Eventually hospital security staff rescued him and pushed the assailants out of the office.

The doctors then attacked the office of JPMC Medical Director Seemin Jamali, but she was able to lock the door from inside just in time, Gill said.

“Frustrated by their failure to storm her office, the doctors started hurling abuses at her from the outside and threatened her, saying to terminate my services otherwise they would teach her a lesson too,” Gill said.

No one from the hospital called police, he said. After Gill twice called the police emergency helpline, officers arrived and rescued Dr. Jamali, he said.

“It seems that the entire Muslim staff had turned against me and were protecting the attackers,” he added.

Since his promotion, leaders of the doctors’ union had threatened and harassed him daily, telling him to give up his new position, he said. Gill, his wife and five children, and his elderly mother live in a residence allotted by the government on the hospital premises.

“They started sending armed gangsters to my home as well as office and threatened that they will kill me and my family if I don’t resign,” he told Morning Star News. “They also started a vitriolic social media campaign against me and filed a writ petition in the high court against my promotion.”

The harassment and threats against him and his family became so serious that on June 16 he was compelled to resign his post as deputy director, Gill said.

He filed a complaint against Zafar, Hayat and others with Saddar Police, but it was registered after a delay of two days, and no arrests had been made at this writing.

Despite CCTV evidence of the entire incident and footage aired by several mainstream TV channels that day, police are still slow to take action against the assailants, Gill said.

“They have clearly been influenced by the doctors, and my pleas for safety and protection for myself and my family are being given a cold shoulder,” he said. “I’ve already filed a formal letter for withdrawal of my promotion as deputy director, what else do they want from me now? They are continuing to harass me and my family, but no one is paying attention to our persecution.”

Gill said that he had informed law enforcement agencies and the appropriate government offices, including the Sindh chief minister’s office, of the threats to his life, but there has been no response so far.

“I am an honest and hardworking man,” he said. “The promotion was given to me on the basis of merit, but I never thought that my progress would be judged on the basis of my Christian faith.”

Many Christians – who make up about 2 percent of Pakistan’s population – are children of converts to Christianity from the downtrodden “untouchable” Hindu tribal caste. This “untouchable” caste status is at the root of such attacks and several blasphemy charges against Christians.

Although Article 27 (1) of Pakistan’s Constitution forbids discrimination on grounds of race, religion, caste, sex, residence or place of birth, there have been several cases of persecution against Christians, especially those working in the health sector.

On April 9, two Christian nurses complying with a supervisor’s orders to remove stickers at a government hospital were arrested in Faisalabad after a Muslim employee attacked one of them with a knife over the removal of a sticker bearing Koranic verses.

Nurse Mariam Lal and student nurse Navish Arooj were charged under Section 295-B of Pakistan’s blasphemy statutes against “defiling the Koran” after an Islamist mob demanded “death to blasphemers” inside Civil Hospital, their attorney said. Conviction under Section 295-B is punishable by up to 10 years imprisonment and/or a fine.

The two Roman Catholic nurses are in judicial custody while their families have gone into hiding out of fear of Islamist mobs.

On Jan. 28, Tabeeta Gill, a nurse at a Karachi hospital and a gospel singer, was slapped, beaten and locked in a room by a violent mob after a Muslim co-worker baselessly accused her of blaspheming Islam. Police initially cleared her of denigrating Muhammad but later succumbed to pressure of an Islamist mob and charged her with insulting Islam’s prophet, punishable by death under Section 295-C.

False accusations of blaspheming Islam in Pakistan are common, often motivated by personal vendettas or religious hatred. The highly inflammatory accusations have the potential to spark mob lynchings, vigilante murders and mass protests. Currently, 26 Christians are in prison due to blasphemy charges. They are defendants in 22 blasphemy cases at various levels of the judicial process.

The U.S. State Department in December re-designated Pakistan among nine other “Countries of Particular Concern” for severe violations of religious freedom. Previously Pakistan had been added to the list on Nov. 28, 2018.

Pakistan ranked fifth on Christian support organization Open Doors 2021 World Watch list of the 50 countries where it is most difficult to be a Christian.