You are here: Home » Prophecies » Dear international student in the United States, are you in a spiritual Egypt?
Share this post: 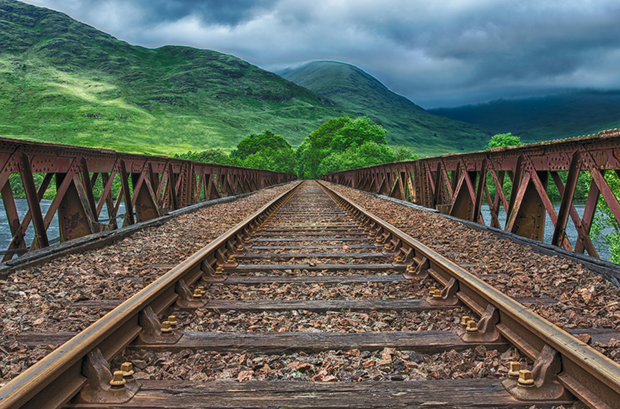 This post is primarily addressed to international students in the United States. But the scriptural parallel I will share in the post can be applied to any individual who finds themselves in a similar situation. However, there is a word of caution, which I must put forth at the very outset.

Caution: The parallel I am sharing is rooted in the Word of God (i.e., the Bible). This is what lends it weight. When a person who has no desire to be right with God tries to apply a biblical principle, it can lead to disaster. Being right with God is not about achieving a state of spiritual, religious, or self-righteous perfection in life; rather, it is about direction: are we journeying toward God or away from Him? I will illustrate what I mean with an example from the Word of God itself.

Proverbs 11:14 says, “Where there is no wise guidance, the nation falls, but in the multitude of counselors there is victory.”

Now let us look at an event in the history of ancient Israel, which the Bible mentions (1 Kings 22).

An ancient Israelite monarch, Ahab, was contemplating to go to war against a neighboring nation. The king of Judah was allied with Ahab, and upon his advice to seek God’s counsel, Ahab brought together prophets (about 400 men) and asked them for counsel. They all prophesied victory for him and encouraged King Ahab to go to war. But one prophet, Micaiah, who was not part of this first group of prophets, prophesied disaster for King Ahab if he went ahead with his battle plans. Well, it turned out just as Micaiah had prophesied: King Ahab was wounded in battle and died that same day.

What happened? Didn’t we read in Proverbs 11:14 that there is victory in a multitude of counselors? Then how did King Ahab snatch defeat and death instead of victory in spite of the counsel of 400 prophets?

The Bible is not a magic book with magic verses. The life-giving principles of the Word of God can backfire spectacularly if we are not in a right relationship with God. Proverbs 11:14 did not work for King Ahab because the overall direction of his life and the continual inclination of his heart was of rebellion toward God.

So please bear this example in mind when reading the rest of this post.

Recently, I was alerted to a development in the United States via an email I saw in my inbox. I briefly mention what this is about in the next paragraph.

Basically, the Student and Exchange Visitor Program (SEVP) announced modifications on Monday (July 6, 2020) to temporary exemptions for nonimmigrant students taking online classes, due to the pandemic, for the fall 2020 semester. Of the three listed temporary exemptions for the fall 2020 semester, the first one reads as follows:

Nonimmigrant F-1 and M-1 students attending schools operating entirely online may not take a full online course load and remain in the United States. The U.S. Department of State will not issue visas to students enrolled in schools and/or programs that are fully online for the fall semester nor will U.S. Customs and Border Protection permit these students to enter the United States. Active students currently in the United States enrolled in such programs must depart the country or take other measures, such as transferring to a school with in-person instruction to remain in lawful status. If not, they may face immigration consequences including, but not limited to, the initiation of removal proceedings.

The reason why this news caught my attention is that the moment I saw it, I was reminded of a scriptural parallel, which doesn’t happen very often. Therefore, maybe I was shown this parallel because the Lord has something for us to takeaway from it? Please carefully read the following scriptures.

Yahweh said to Moses, “Yet one plague more will I bring on Pharaoh, and on Egypt; afterwards he will let you go. When he lets you go, he will surely thrust you out altogether. (Exod. 11:1)

[Pharaoh] called for Moses and Aaron by night, and said, “Rise up, get out from among my people, both you and the children of Israel; and go, serve Yahweh, as you have said! Take both your flocks and your herds, as you have said, and be gone; and bless me also!” The Egyptians were urgent with the people, to send them out of the land in haste, for they said, “We are all dead men.” (Exod. 12:31–33)

And here is what I want you to see and consider.

The scriptural parallel is that the United States is like a spiritual Egypt today. It is dealing with plagues sent by God, and there are travel restrictions in place.

If the Holy Spirit is speaking through this word to you, then is it possible that like the Israelites were stuck in Egypt, you have been stuck in the United States but that God is desiring to take you out of this spiritual Egypt to a spiritual Canaan (a place that God wants you to be in)? Is it possible that just as the pharaoh of Egypt forced the Israelites to leave his country, that via these modified temporary exemptions (there may be others that follow), the pharaoh of this spiritual “Egypt” is also forcing you to leave his country? Could it then be that God himself is paving a way out for you to journey out of Egypt to Canaan?

Whoever you are, wherever you are, and whatever stage of life you are in, you can take what I’ve shared here and ask God if it applies to your unique and specific situation. Sometimes, God can invite you to Egypt, like Joseph invited his father and his entire family to come and live with him in Egypt (Gen. 45:9–11). Sometimes, God can command you to flee to Egypt, like the angel commanded Joseph to do (Matt. 2:13). But there are also times when God can command you to leave Egypt (as shared above) or not even to travel to Egypt (Gen. 26:2). So it is important that you do not make any rash or hasty decisions but that you be led by the Most High God and His Spirit in everything, because this post is not a mandate to leave the United States or any other country. Rather, I am sharing with you an insight I’ve been given to invite you to consider if you truly are where God wants you to be. Just humbly and prayerfully ask God Almighty if you are in Egypt or in Canaan and if He is paving a way for you to leave Egypt to journey to Canaan. If yes, then simply follow His leading. At the appointed time, He Himself will open the right doors for you.

Do pray and seek the Lord’s confirmation about all that I’ve shared and written here.

That was beautiful and inspiring! Thank you Sujit!

This is excellent and needs to be carefully read. Thanks brother.

We thank Jesus Christ. God bless you and I pray that the lord continually work in you to bring edifying messages and messages full of wisdom.

Thank you for your gracious blessing, Harrison. May the good Lord edify you as you have edified me.