You are here: Home » Church » Judgment » “I am about to deal with and break the spirit of religion.” 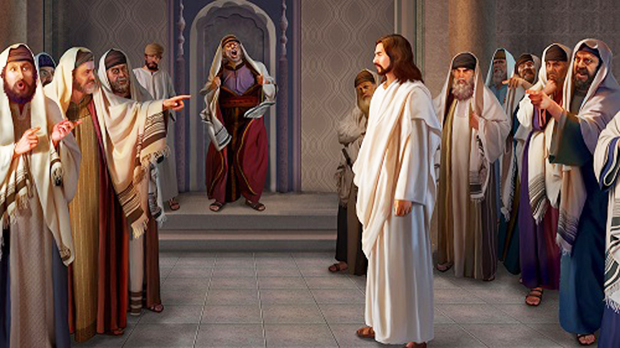 I had a dream recently and I heard the Lord saying over and over, “I am about to deal with and break the spirit of religion.”

God is going to deal with the religious spirit in this new era in ways we have never seen. I still remember the day many years ago when the Lord whispered to me, “A mighty move of My Spirit is coming and if you do not have eyes to see and ears to hear and live close to My heart, you will be greatly offended by the move of My Spirit.”

Immediately, I was taken back to story after story in the Gospels where the Pharisees were so offended by Jesus and by His acts. The pride that was carried by the Pharisees when Jesus walked the earth is the same pride that God is dealing with in the Church right now and it has only just begun. The Lord is cleaning house. His love is so ferocious and so deep for the world and for His Bride, that He is bringing a deep purification to His Church. My friend Anita Alexander had an encounter with the Lord where she heard the Lord say, “I love the world enough to deal with My house” and that’s exactly where we are now.

The WAY that the Lord is going to move is going to shake the religious mindsets and expose the spirit of religion in the Church in a way we have never seen. The Lord’s heart in shaking up His house in such intense ways in this new era is to bring forth His true ecclesia and to see His people walk in humility and purity before Him and carry His Spirit.

The Lord has had me in Luke 7:36-50 so much lately, the story of the woman who anointed the feet of Jesus. There is MUCH in this story that the Lord is revealing for the era we have entered that I will be sharing over the coming months but there will be radical demonstrations of worship, a deeper level of worship than we have ever entered and encounter with the Lord and WHO the Lord will use and the WAY we see Him move in this era that will OFFEND if you do not have eyes to see and ears to hear.

There is a sound of worship, adoration and “undignified” expression of love for Jesus that is going to be seen in the Church and in the harvest coming in, in this new era, that if we don’t carry the heart of God and know Him well, could find the people of God criticizing or standing against a move of God and that is not a place we want to be. This deep undignified worship of Jesus that doesn’t care what others think or are caged by the fear of man, will arise in the earth like never before, it will be so undignified that religious mindsets and where the religious spirit resides will find it offensive. (2 Samuel 6:14-22) This will be key in the Church moving out of Saul’s house and the David’s arising in the earth.

The Church will transition into a deep place of worshipping the Lord in spirit and in truth. (John 4:24)

The move of God that’s coming and the fear of the Lord being restored to the Church is going to expose the religious spirit and the pride of man, and bring forth such a beautiful work of His Spirit bringing cleansing and purification for a greater positioning of Isaiah 60.

There’s such a deep invitation into His heart right now, deeper than ever to hear His heartbeat, hear His voice and see and hear as He sees. God is dealing with this spirit of religion, He is dealing with elitism, and with pride. He is thundering to His people that humility is the key.

“He has told you, O man, what is good; and what does the Lord require of you except to be just, and to love [and to diligently practice] kindness (compassion), and to walk humbly with your God [setting aside any overblown sense of importance or self-righteousness]?” (Micah 6:8 – AMP)

He is going to raise up the true ecclesia. He is going to raise up the Church in ways we have never seen. He is truly looking for those who truly love Him and follow Him. He is bringing His people into freedom. He is bringing His Church into freedom. Where the religious spirit has contained, suffocated and killed, there is a dealing of the Lord upon that religious spirit.

There is a great urgency of the hour as we move further into this new era that we embrace the move of God whatever it looks like, to live so close to His heart that we recognize Him and His move even if/when it looks different to what we expect and not be offended or kill a move of God because it doesn’t fit into our box.

There has been a civil war in the Church and it will flare up louder than ever as God deals with this spirit of religion in this new era, but know in the ‘noise’ when it happens, that there is a mass deliverance upon the Church and the sound of freedom will resound and as the shaking and deconstruction happens, as we transition into the new thing God is doing and going to do, the true ecclesia is going to arise in unity (John 17) strength, humility, boldness and power.

In the deep dealing with this religious spirit in the Church by the hand of God, the true Bride will arise in His love and power and shine in the earth like she has never shone before.

Hi lana….à friend of mine had a dream where she saw visitors in my home…they had come to worship from my house…but somehow they saw catholic idols on my table. The lady who was leading the group got the idols and wrapped them up and said that this house is holy…so they cant worship with those idols before them. She took them out and they went on with their worship. In reality we dont have any idols in the house that i know of though my husband is catholic. This comfirms that indeed the lord is dealing with religion…….glory to his holy name. Am waiting and praying for my husband to receive christ and live only for him.

I remember a no of years ago maybe 2008 or before : my husband had photocopied an article by Earnest L Martin….and I remember as I read the article he mentioned that the old religious model ( hierarchy / clergy: traditions of men & programs would begin to fall ) & be replaced with only the Holy Spirit ..on fire .individuals that he anoints & appoints ; – .(. Not lukewarm or Apostate churches ). These would begin to fall; …. intsead Father would use individual believers who were full of the spirit and anointed for service , they would be the sent out ones to witness in the Last Days… To the lost & broken-hearted & in need of a Saviour : The Lamb of God…he would be preparing True Sheperds ( after his own heart ) who were walking in humility and those who would be able to help the sheep and bring his end time message… & win the lost.

many could be in the wilderness now ( hidden with the Father being prepared for service… Like John Baptist came out of the wilderness …..he preached an ON FIRE MESSAGE ..NO MIXTURE… HIS WORDS WERE REPENT & TURN FROM SIN. For the Kingdom of God draws nigh. Leonard Ravenhill had a great video I watched years ago re this very same subject…

A right on word! I really resonate with it, I think you have hit the mark, “bulls eye”.
Thank you for sharing! I am also seeing that God is doing a separating. Those churches based in “performance” will not stand, those churches and fellowships that are contending for and pursuing relationship will survive and thrive.
Again, thank for sharing this encouraging word!