You are here: Home » Prophecies » Three Days of Darkness in the Northwest, Swift Judgment in Eastern United States
Share this post: 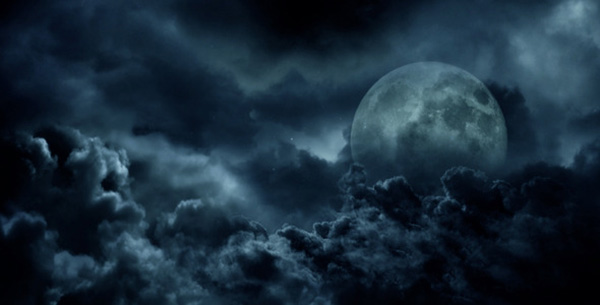 Yesterday while in prayer I saw a brief picture of ash falling and covering everything below it. I was moved to tears as I felt the Lord’s sorrow for what is coming. The Lord has spoken to me about judgment coming to our country through the Yellowstone caldera.

The dream shared by Shawna Elizabeth, Warning of Large Plume Clouds After Eruptions in Washington and Oregon, might have been viewing this same occurrence. I have been praying for a dream to confirm the words I have heard. I feel that Shawna’s dream is the answer to my prayer before releasing the following two words I’ve been given, which I believe point to the shakings that will come to the Northwest.

Three Days of Darkness in Northwest:

“The caldera is poised to erupt. The flow from deep beneath the earth has begun to move towards the surface. This shall take place. Dust will cover the whole surface of the earth. Darkness will reign for three days. Be prepared for the fall out from this event. It will be a trigger for an even greater calamity as people become desperate for food. Order will be dispelled for chaos.”

“I will tear down every stronghold and stumbling block. Do not think that I do not see through the lies, the idolatry, the immorality that abounds. I see it and I spit in disgust. The west is ablaze. The south has been blown down, down, down. The central states have been covered in a great flood that will forever change the landscape. The northwest shakes and will shake even more – the caldron that burns is growing and moving and moaning under the pressure of the sin of the people. People of the east – brace for your judgment. It shall be swift. Do not think you’ve escaped anything. Thy cup of trembling runs over.”

“Wake! This generation must awaken to the day!”

My son spoke these words and they are true. Take them into your heart before it is too late:

“But if I do judge, my decisions are true, because I am not alone. I stand with the Father, who sent me. In your own Law it is written that the testimony of two witnesses is true. I am one who testifies for myself; my other witness is the Father, who sent me.” Then they asked him, “Where is your father?” “You do not know me or my Father,” Jesus replied. “If you knew me, you would know my Father also.” (John 8:16-19 NIV)

“Why is my language not clear to you? Because you are unable to hear what I say. You belong to your father, the devil, and you want to carry out your father’s desires. He was a murderer from the beginning, not holding to the truth, for there is no truth in him. When he lies, he speaks his native language, for he is a liar and the father of lies. Yet because I tell the truth, you do not believe me! Can any of you prove me guilty of sin? If I am telling the truth, why don’t you believe me? Whoever belongs to God hears what God says. The reason you do not hear is that you do not belong to God.” (John 8:43-47 NIV)