You are here: Home » News » Natural Disasters » Earthquakes » David Wilkerson’s Mega-Quake and Economic Storm Could be Close
Share this post: 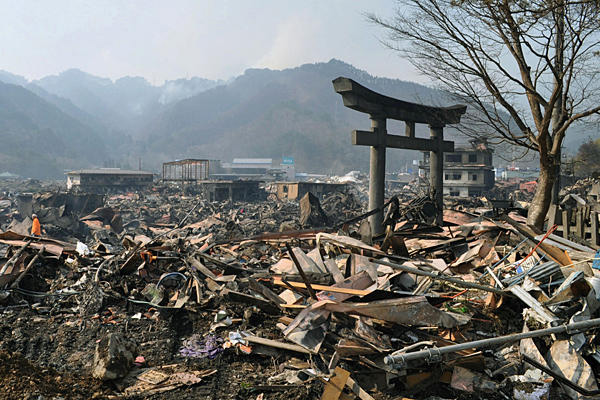 Over 40 years ago David Wilkerson, founder of Teen Challenge Ministries and founding Pastor of Times Square Church in New York City, predicted a mega quake would unexpectedly strike America following one in Japan.

Are we on the verge of the fulfillment of his prophecies? In the second chapter of his 1974 book The Vision, he states:

“The United States is going to experience in the not-too-distant future the most tragic earthquakes in its history. One day soon this nation will be reeling under the impact of the biggest news story of modern times. It will be coverage of the biggest most disastrous earthquake in history.”

“It will cause widespread panic and fear. Without a doubt, it will become one of the most completely reported earthquake ever. Television networks will suspend all programming and carry all day coverage.”

“Another earthquake, possibly in Japan may precede the one that I see coming here. There is not the slightest doubt in my mind about this forthcoming massive earthquake in our continent.”

“I am not at all convinced that this earthquake will take place in California. In fact, I believe it is going to take place where it is least expected. This terrible earthquake may happen in an area that not known as an earthquake belt. It will be so high on the Richter scale that it will trigger two other major earthquakes.”

I’ve followed the ministry of Wilkerson since I read his book, The Cross and the Switchblade, in the 80’s in my late teens.  In the last year I’ve reviewed his ministry more carefully and I have no doubt that his basic doctrine is sound.  He was a self-sacrificing servant of God who during his 50+ year ministry repeatedly ventured his life for the sake of the gospel and for the glory of God.

You can listen to his first public description of his vision in 1973 in the video below. It is only a half-hour long, but it is riveting.

Listen especially to his description at the 10-minute mark referring to spiritual Babylon. Rather than identifying it as such, Wilkerson calls it the Super Church.  He predicts not merely the formation of one Super Church, but two.  Super Church #1 he says will be an oppressive, global anti-Christ organization.  In contrast, Super Church #2 he says will be the invisible, empowered, underground Super Church of Jesus Christ.  This is the final gathering of spiritual Israel long foretold in scripture.

As you listen, notice what he says causes the formation of Super Church #1 – “a mysterious chain of events”.  Wilkerson never says directly what that chain of events is, but we have a clue of what the consequences of those events will be because, according to the vision, Super Church #1 is a coalition formed initially to address pressing humanitarian needs.  This suggests to me a massive humanitarian crises that will unite Catholics and Protestants over night to relieve suffering, so it could be triggered by the fulfillment of his other warning about a mega-earthquake.

“Surely the Sovereign LORD does nothing without revealing his plan to his servants the prophets.” Amos 3:7 (NIV 2011)

Earthquakes can not only destroy infrastructure such as dams, large earthquakes can change the course of rivers and the landscape itself.

What does this mean for you and me? The convergence of all of these signs should cause us to pause and do some careful self-examination and be on our toes. We should get our spiritual house in order and have an emergency plan.  Those living in the low lying coastal areas or below dams and reservoirs near the epicenter would be at risk. In the affected areas be prepared to spend the night in cars or outdoors because large earthquakes often have large fore and aftershocks.