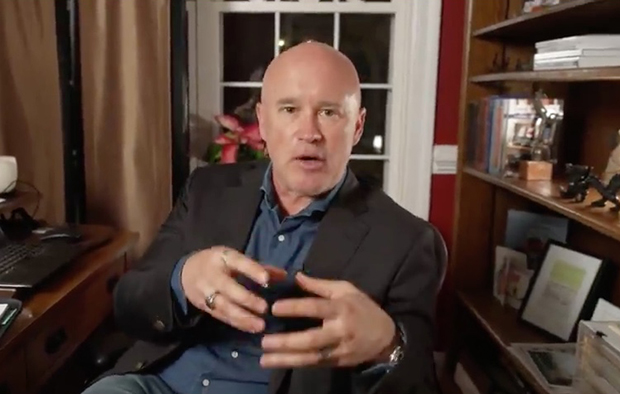 David E. Martin PhD is the developer of several innovation-based quantitative indices of public equities and founder of the Purple Bridge Funds and M-CAM International. He has worked closely with the United States Congress and numerous trade and financial regulatory agencies in the United States. Dr. Martin is also a Batten Fellow at the University of Virginia’s Darden Graduate School of Business Administration.

Since 1999, Dr. Martin has been actively tracking patent applications and approvals for the purpose of identifying suspicious activity. In the 94-minute video shown below, he shares the findings from his research regarding the laboratory development of a pathogenic coronavirus that started in 1999 and was released initially upon human populations in the SARS CoV-1 in 2002-2003, then again in MERS (Middle East Respiratory Syndrome in 2012, and then again in SARS CoV-2 which was renamed COVID-19, as shown below with evidence from the primary development lab in Wuhan China.

In my opinion, the evidence presented below along with additional evidence presented in the video proves that all of these pathogenic variants of the coronavirus were laboratory developed, man-made bioweapons. And they’ve all been funded by the NIAID under the direction of a self-proclaimed Jesuit, Dr. Anthony Fauci.

The following quotes from Dr. Martin were transcribed from the video.

And that question is the fundamental question that is behind an inquiry that we’ve been on since 1999 and Ralph Baric and NIAID’s (National Institute of Allergy and Infectious Diseases) first efforts to figure out a way to increase the pathogenicity of beta coronaviruses.

In 1999, there was a grant given to Ralph Baric at the University of North Carolina at Chapel Hill and in that grant there was an effort to figure out how to amplify certain pathogenicities of what was called recombinant technology around coronavirus. Baric had a decade plus history in working with coronaviruses generally. He had done a lot of work in veterinary science around cardiac conditions for rabbits. There was a huge amount of research around cardiomyopathy in rabbits that had something to do with coronavirus. But in 1999, NIAID funded a project in which we first saw the amplification of pathogenic components of the beta coronavirus. (Note: Anthony Fauci has been Director of NIAID since 1984.)

And it’s very important to understand that happened in 1999 and the work that was done between 1999 and then published in 2002 and 2003 actually started suggesting that there were parts of the coronavirus that could be modified, specifically the Ace-2 receptor and the S-1 spike protein, that could be modified to increase the degree to which the coronavirus could represent a health threat to humans.

Let that just settle in for a moment. Three years before we have the first SARS outbreak (in 2002-2003, called SARS1) we have researchers who are working on amplifying the pathogenicity of the things that make coronavirus extremely harmful to the human system. Now, that feels like that should invoke in at least one or two people a set of questions, which is, how is it that we went for allegedly whatever our evolutionary time frame is where we were coexisting with coronaviruses and suddenly we started manipulating them with recombinant technology in 1999, 2000, 2001, and suddenly nature figures out a way to make these things also highly pathogenetic, in 2002 and 2003, using the exact same mechanism that we’ve done in the lab. Possible? Yes. Plausible? Not a chance.

What makes it even less a chance is if we look at what was actually being patented at the time because we’re actually looking specifically at the sections of coronavirus that are those sections that are specifically modified in the laboratory which happen to also be the things that allegedly become modified by nature. Suspicious? Yes. Possible? Of course. Nature and humans could have been following this exact same trajectory. Plausible? Not so much.

And what makes it less plausible is that we start seeing that the coronavirus in its alleged zoonotic and alleged, you know, kind of natural pathogenicity enhancement happens to be happening at the exact same place that researchers are doing the same work. That seems to be a highly implausible story regardless of who is telling it.

But, what we saw in the wake of 2003 was that the Department of Health and Human Services, remember they’re the umbrella organization that controls the Center for Disease Control (CDC), the National Institute of Health, NIAID, and the funding mechanisms that ultimately go to laboratories across this country and around the world, what we saw was an increased amount of funding going into coronavirus research and the research was specifically focused on, not only the detection of but also the amplification of the pathogenicity of SARS coronavirus.

Now, a number of people have not paid attention to the evolution of this, but what you have in the written record, in the published record from Ralph Baric’s lab, in the public record from a number of other laboratories, you see from 2003 right up until 2012, a proliferation of work around the amplification of attributes of coronavirus that are specifically targeting tissue that is going to be highly susceptible in the lungs and potentially susceptible in the kidneys because the Ace-2 receptor seems to be something that has an enormous amount of attraction in terms of the research.

But we see all this research being done and we’ve been told that the Department of Health and Human Services was doing it because they were very interested in making sure that they could control a response to a potential outbreak somewhere down the road, but during that entire period, there was no vaccine, there was no treatment and there was no diagnostic developed. And that is because the Center for Disease Control also filed patents on the detection of coronavirus and on the treatment for coronavirus. In other words, they built a patent thicket around beta coronavirus stimulating SARS and they built a thicket through which independent inquiry could not happen outside of the important exception, which is people who would play their game.

We’re in a situation where you control the actual thing to test. You control the means of its detection. And you control the mechanism that actually involves the treatment of that the patents held by Ralph Baric, the patents held by the Center for Disease Control, ultimately the 5,111 patents that were issued from the period across from 2003 right up until 2019, the 5,111 patents were all issued within this interesting funding and research and inter-related directorates and inter-related corporate private public partnership kinds of relationships, all of those patents issued around the core platform that said that the CDC was going to adjudicate who could or could not make an independent inquiry.

And so the known regions of alteration have been targets of research funded by NIAID since 2012 and so this idea that somehow or another a magical new strain appeared which has no similarity to anything we’ve seen before is actually patently false.

Since 1999, humans have been manipulating properties of the beta coronavirus model and they have manipulated them such that they become more pathogenic to humans. We saw that emerge in the 2002-2003 outbreak. We saw it kind of resurface in the MERS (Middle East Respiratory Syndrome) outbreak in 2012 going into 2013 and we saw it again in 2019. And the very specific things that allegedly have altered in the genome of the beta coronavirus model called SARS CoV, whether it’s SARS CoV1 or MERS or SARS CoV2, those things that have allegedly altered are things that have equally been altered in laboratories, the amplification of the spike protein, the amplification of the Ace-2 receptor, those are all things that were anticipated and done in synthetic exercises in laboratories and we are told that they are the same things that nature figured out at the same time.

We know that Anthony Fauci has been pouring a lot of money into this. Since he took over NIAID, the public record indicates that he has had about $191 billion that has flowed through NIAID. And that money has come not only from the National Institutes of Health appropriations but it has also come from the Department of Defense and the bioweapons and bio-terror programs that were instituted after 2001. So there has been a lot of money going through NIAID… and an enormous amount of it has gone into coronavirus and other pathogens.

What we found interesting was that in 2016 (published online March 15, 2016) there was a publication that came out involving (the same) people who are very intimately involved with the current situation, which in fact stated that a SARS-like Wuhan Institute of Virology 1 CoV (WIV1-CoV) poised for human emergence. Just sit with this for a minute. On March 15, 2016, we actually have a publication in which we are told that there is a Wuhan Institute of Virology pathogen poised for human emergence. So do you think it was any surprise to a person who has been monitoring this since 1999 that when I heard in December of 2019 that there was allegedly a novel pneumonia strain happening in Wuhan?

Do you think it was a surprise that I actually thought, “Hmm, nature, yeah, nature must have done that,” when I actually have not only the article that states that the Wuhan Institute of Virology coronavirus was poised for human emergence but I actually see that the individuals associated with that are individuals that since 2012 have been working in collaboration with DARPA (Defense Advanced Research Agency) and the US AMRID and other agencies and have been funded significantly by a number of foundations to work on development of vaccine templates and platforms and treatment templates and platforms for, are you ready for this, SARS coronavirus outbreaks. And they have gone as far as to make statements about the accidental or intentional release of a respiratory pathogen.”

The audio version of this message is available on Z3 News iTunes podcasts and Soundcloud.com.