You are here: Home » Babylon » Antichrist » Dave Hodges: “We have been stabbed in the back by Obama.” 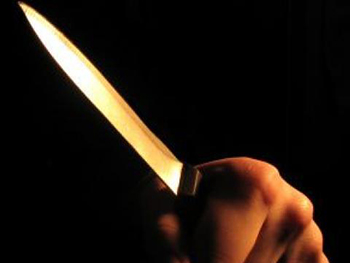 In the five-minute audio message shown below, Dave Hodges, host of The Common Sense Show, warns about a coming false flag event coming as a direct result of Obama’s acts of treason, giving away national security secrets to the Russians and Chinese.

Here’s the transcript of his message:

“Obama was running a security check on the grid system. One of the things they were checking for was EMP’s. Also, (they were checking) for hacking for bringing certain grid components down. Do you know who Obama let in on the drills? On the GridEx drills (Grid Security Exercises)? None other than the Chinese and the Russians. Do you think they might have motive someday to take down our grid? Yet, Obama, probably the greatest traitor to ever sit in the White House, not probably, is the greatest traitor to sit in the White House, allowed the Russians to participate and the Chinese in GridEx 1-3.

And as if that wasn’t bad enough, in the same corresponding time, we used to have these massive war games with 12 other nations and we would fight in drill simulations against anticipated Russian and Chinese naval and air forces. Well, Obama invited those people in too. In other words, he gave them the keys to the safe where all our secrets, our military strategies, our capabilities were all on display for the Russians and the Chinese to clearly see. We have been stabbed in the back by Obama and we are about ready to stand on the precipice of great danger.

When I look at these headlines, “Hacker can cause major US power blackouts”, I think this is a pre-conditioning situation here. The Chinese and the Russians have had this ability since 2014 because we let them have this ability and this is what we have to worry about. It’s not going to be random hackers taking down Equifax. They’re building plausible deniability to take the eye off of the treason ball, which would be Obama and others, and place it on unknown hackers. That will be your false flag. Mark my words.”

The Bible warns about the rise of an evil king in the last days who will take action against the strongest nation on earth with the help of a foreign god. (Daniel 11:39) Obama has done that and continues today through the organization he founded, Organizing for Action (OFA).

It’s like the American citizens are bound and gagged. they saw what the criminals did, and are struggling to loose themselves-spit the gag out, free themselves to tell the world about the great tragedy of the last Administration…….but it seems spiritual forces have kept us bound and gagged until it’s almost too late. What a frustrating position to be in………..Heaven’s historical record books have chronicled and recorded all that has happened and it shall be revealed one day.

Mr. Hodges also has talked about what he calls an ‘American Tet Offensive’ where infiltrator groups of Iranians, North Koreans, Chinese, Russian,various Islamic and Central/South American cartel operatives will suddenly attack all across the country but specifically in the Southwest. A few years ago he was in communication with a Texas Ranger who warned him that Las Zetas, MS-13 and other cartels were working with ISIS/ISIL, Hamas, and Hezobollah to smuggle in military weapons and trained operatives into the country. He said that these forces could easily overrun a small to medium-sized city and cause massive casualties, while posting a lot if not all of it online in real time. The Ranger said the only recourse would to be to call in National Guard and US Marshals (who are basically paramilitaries themselves) at the minimum or mobilizing regular Army and or Marines depending on just how many cities are attacked. We used to live in Columbus Ohio and it has become a third-world hellhole in many areas. Nightly there would be 1-5 murders that would be reported on the morning news with many more attempts or unreported. Large sections are filled with mostly Somalians and littered with halal shops and mosques. While the African Christians I have met are probably among the nicest, most friendly people in the world the Somalian muslims are just awful. They possess a sickening superiority complex that stands in stark contrast to the disdain actual Arab muslims have for them. If something were to happen I am afraid that they would quickly get out of hand, with many of them having had training or paramilitary training in Somalia. Be very careful about ANY city with muslim or Cental/South American populations, as the past administrations (NOT just Obama) have been infiltrated AT BEST and have resettled… Read more »

Great post thank you James.God has given you insight on this I think.

Obama was (sort of) democratically elected. So voters picked their executioner. So did the voters of Venezuela, Nazi Germany, and other places.

God is Love, but he is also the Ultimate Realist who enforces the law of sowing and reaping with perfection (although it never hurts to ask Him for mercy…. )

Thank you and God bless you. Sorry if this offended anyone.

Soros paid (dearly) for the rigged Obama election (Nita Johnson).Obama was NOT elected (democratically). Project Veritas has videos where the Democrats boast about rigging the elections for the last 50 years (and are not about to stop).
https://www.youtube.com/watch?v=hDc8PVCvfKs

Martin – thank you for your insight. God bless you for this.

Very interesting that it’s on Halloween.

satan’s birthday celebrated by the followers of the occult on this day…sounds like the wicked one will be revealed or ‘birthed’ ie. set in place,and his father the devil will be well pleased with him

Yes, we need to pray that it is God’s time that the grid come down, not the Russia or China’s timing..

Thinking about light, I am just finishing a message by Riaan about the fire of God. In 2006, God gave him a word after he had already been in ministry for 20 years. It was Acts 10:38: “Jesus who is from Nazareth — how God did anoint him with the Holy Spirit and power; who went through, doing good, and healing all those oppressed by the devil, because God was with him.”

He hung onto this and prayed diligently for 6 months and did not give up. God saw his faithfulness and gave him the anointing. He describes the change in his ministry through examples. The anointing allows the gift you have been given at birth to be manifested. After we are saved it is the Holy Spirit who let’s us see more and more who God created us to be.

We will not be affective without the fire, because darkness will only flee in the presence of light. Demons will always bring opposition. We cannot bring a knife to a gun fight. I thought of this quote the moment I saw your chosen picture.
We can be part of this fire:
3Fire goes before Him
And burns up His adversaries round about.

James, in the dream where OBama was on a white horse, naked from the waist up and looking like a warrior, Trump wasn’t on the horse with him. As the people I saw (the figures) moved away, it was Trumps head dangling in the air. That kept coming at me for days until I could actually see it for what it was. I had posted it prematurely. Please forgive me and I asked God to. I have learned to wait on the Lord. God bless you, your family, your ministry, and all those seeking the Lord and His ways.

Thanks for clarifying that Donna. Can you explain what you mean by saying Trump’s head was dangling in the air?

i saw the horse and OBama on it. I’ve only had two vision like dreams where I saw clearer than I normally see. I saw every feature in Obamas skin. At the back of the horse stood some people. I only saw the backs of those people and I saw them as figures. The only way I can describe it is shadow figures. When those figures moved away, Trumps head was hanging in the air. There was no body with it. At first my mind just just thought OBama and Trump were on the same horse. I kept praying about getting understanding. Then the scene kept coming before me of When the figures moved and I saw Trump. I thought, what am I missing. What am I not seeing. Then it came to me. Why are you just seeing his head. You saw the side view and you saw the back view. It’s not attached to anything. i don’t know if he was killed or if everything was taken from him. But he was cut off and those shadow figures did it.

The whole point of it is to get people under the one world government control i.e. the UN where the AC will rule and nations that don’t comply will be taken over.

Revelation tells us that the Woman(US) will be burnt with fire by the 7 headed 10 horned dragon(UN with China bringing the fire).

Or by sharing these secrets to Russians and Chinese, was Obama creating illusion of possible culprits to be blamed after an inside False Flag.