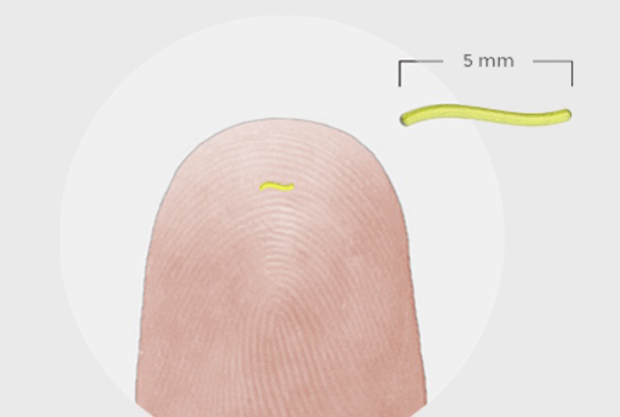 As explained in the following 5-minute video shown below, Celeste Solum warns about a new solution developed by the United States Defense Advanced Research Projects Agency (DARPA) called hydrogel. This gel can contain harmful ingredients, including very small biosensors, nanotechnology, permanently planted within the body of anyone receiving the injection, allowing the evil people controlling our government to track and monitor the recipients at all times. (Source: Wikipedia) Celeste warns this solution might also modify the DNA of recipients, which is believable since anyone can now purchase do-it-yourself DNA modification kits online.

Like other government agencies, DARPA relies heavily on partnering with corporations to develop the products needed to advance their agenda. In this case, hydrogel is made by Profusa, whose stated goal is “pioneering tissue-integrating biosensors for continuous monitoring of body chemistries.” Their website explains how it works.

Profusa’s unique bioengineering approach overcomes the largest hurdle in long-term use of biosensors in the body: the foreign body response. Approximately 5 mm long and 500 microns in diameter, each tiny biosensor is a soft, flexible fiber designed to be biologically compatible with the body’s tissues for continuous monitoring, while overcoming the effects of local inflammation or rejection. (Source: Profusa)

Although these schemes might sound far fetched, they are right in line with scriptural warnings about the rise of a global beast system that will seek to control and enslave the world under the rule of two beasts, the antichrist and false prophet. (Revelation 13) Organizations like DARPA are being used to advance these schemes under cover of darkness, using national security and health care as their cover stories.

This also reminds me that we are in the Days of Noah. Our human DNA is being polluted, twisted (no pun intended), and destroyed by very clever and insidious means. The CRSPR 9 technology is diabolical, imho, as anyone with no sense or insight can experiment on themselves (shudder). Satan really wants to decimate God’s creation as this technology will be sold to the young and the unbelieving as a rebellious, cool, hip tool. Perilous times are afoot.

Oh my goodness! You are so right!!!

It certainly looks, feels, and seems as if the beast system is being ushered in right now. God be merciful, compassionate and forgiving to.all of us who seek him. Psalm 51 also comes to mind, seek Him as refuge.

You posted this around the same time I watched a new video from Nicholson1968. He’s been one of the pioneers online who’s been talking about DNA modification by technology since 1999. Here’s his new video. The video highlights COV-19 and vaccines which can add a 3rd DNA strain which is completely programmable. I believe his video is just a recap of another video that he made back in 2014 which was removed by youtube.

Great stuff. Thanks for sharing this Jordan.

THANK YOU! LOVE CELEST ALSO ……I READ THE ARTICLE ON MY YOU TUBE PAGE AND GAVE YOUR NAME

Ha! that video is also removed by you know who…

My concern is that a virus (i.e. akin to the COVID test-bed) will ultimately be used to infect the entire human population with a DNA modifying splicer. It is possible and certainly not beyond the level of evil some men have fallen to. This would likely be done with the intent of enslaving the entire world population, Quiet, hard-working, obedient little Sheep!
What master will you choose? Jesus Christ came to break chains of bondage and set free those who would choose Him.

video has been removed Jordan, can we find it somewhere else?

This video is not there.