You are here: Home » Prophecies » “The cup of wrath is overflowing.” 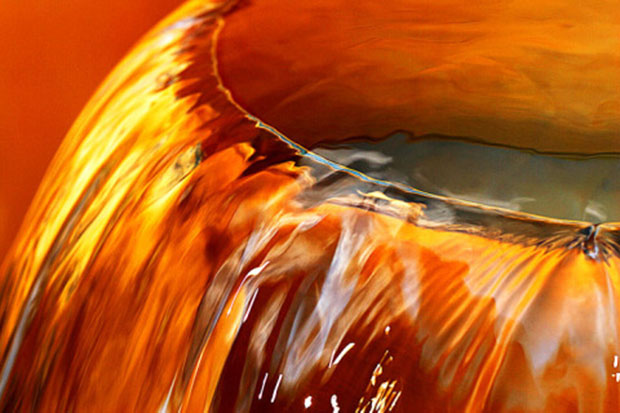 While praying on April 22, 2018, I received a vision and a quick message from the LORD. In the vision, I saw a bright red balloon floating upward, as if it had been let go and quickly flew high up.

I looked up what the meaning of that meant because I had heard the phrase, ‘when the balloon goes up.’  It is a military term used during the Civil War, WW1 and WW2:

“When the balloon goes up is a phrase used to imply impending trouble. This relates to the use of observation balloons in the first World War. The sight of such a balloon going up nearly always resulted in a barrage of shells following soon after. The expression was re-inforced during WWII when the hoisting of barrage balloons was part of the preparations for an air raid.

This is another warning for an impending war event to take place in the near future and also a call to prayer for mercy, grace and forgiveness. Immediately after the vision, I received this message from the LORD JESUS:

“This is the FATHER’s wrath being allowed here on earth. HE will allow the desolation. His cup runneth over with the sins of the people. The cup of wrath is overflowing.

I then heard in my spirit how SERIOUS this is and that HIS people must get themselves into position for what is coming!

“The great city of Babylon split into three sections, and the cities of many nations fell into heaps of rubble. So God remembered all of Babylon’s sins, and he made her drink the cup that was filled with the wine of his fierce wrath.”  (Revelation 16:9)

Elizabeth is a wife, mother and special-ed teacher…..however, her most important role is as a follower and disciple of the LORD JESUS CHRIST. In 2010 she started receiving prophetic words and dreams from the LORD and frequently shares them on her LATTERRAIN333 Youtube Channel, as well has her LIFELINE LETTER Blog:
LATTERRAIN333 YOUTUBE CHANNEL:
https://www.youtube.com/user/LatterRain333/videos
LIFELINE LETTER BLOG:
https://latterrain333.wixsite.com/lifeline

For those who are interested, she also has a Dream Forum for people to share their prophetic dreams:
DREAM FORUM: https://latterrain333.wixsite.com/lifeline/forum

Greetings, There is even greater meaning and a confirmation to this vision of the red balloon: For those of us who were around in the 1980s, there was a “one hit wonder” song by Nena, called 99 luftballons. It was basically referencing the devastation caused in war by a “harmless flight of balloons” that had been mistaken for UFOs. This was originally released in German, but when translated into English, they “scrubbed” the song so it lost it’s original meaning. Here is an excerpt from an article (see link below that), which gives a good summary of that song: The background of this Nena’s one-hit-wonder is quite unique: we are in Cold War years, during a Rolling Stones concert in June 1982 in West Berlin, Nena’s guitarist Carlo Karges was looking at balloons being released in the arena. As he watched them move toward the horizon, he noticed them shifting and changing shapes. To him, they looked like strange spacecrafts (referred to in the German lyrics as a “UFO”). He wondered off and thought of what might happen if these balloons had flown over the Berlin Wall to the Soviet sector. Hence a story was born: 99 balloons flying over the sky are mistaken for UFOs, causing a General to send pilots to investigate. Finding nothing but children’s balloons, the pilots decide to put on a show and shoot them down. The display of force worries the nations along the borders, and the war ministers on each side bang the ‘drums of conflict’ to grab power for themselves. In the end, a 99-year war results from the harmless flight of balloons, causing devastation on all sides, and no winner. At the end, the singer walks through the devastated ruins, and lets loose a balloon, watching it fly away. Link to… Read more »

You and i in a little toy shop buy a bag of balloons with the money we got,Set them free at the break of dawn till one by one they were gone.

Hello John-the-Dreamer,
That is a sentence from the “scrubbed” English version I referenced in my comment, with the original meaning of the song eliminated. The following are the actual German-to-English lyrics:

Ninety-nine ministers of war
Matches and petrol cans (gasoline cans)
They regarded themselves as clever people
Already on the scent of fat quarry
They shouted “War” and wanted power
Man, who would have thought
That someday it would come as far as this
Because of ninety-nine balloons

Wow Linda what a totally different song. The German version is much more intense and real. When i was a kid KROQ 106.7 in LA used to play both versions. I always loved the beat. Never really knew what the German version was saying. Now i do
Thank you for that Linda.

Typo above.. should be Revelation 16:19 .. for anyone considering castigating the author… give her a break.

Lol. Thank you for that correction.

whoops! thank you, Rusty for catching that! so sorry everyone!

I had a dream recently that I thought I might share now. I was in a van with some people driving down a hill towards my home town to go get dinner (I live in the pacific northwest). Along the way I saw the moon off to my right but it was not in the sky, it was down below the tree line. I pondered how the moon could be in that position. Then a few moments later, off to the left, in the sky(in the west/northwest) was a large strange looking planet. It was bigger than the sun. It was an orangish color and was kind of swirling in its colors.
Then all of a sudden I saw a HUGE spaceship looking thing coming overhead in the sky towards the planet. It looked like something out of Star wars. It was humongous, like a floating aircraft carrier that was 100 times the size of a normal one. Then I noticed there was a second one coming at a different angle towards the same point. I had the sense that these represented our entire military force.
We kept driving towards town and when we got to the valley I could see where one of the crafts had landed. It dug a big pit in the ground where it had landed. I saw a few military tanks beside the craft and they were firing towards the west. I could not see what they were firing at. We drove a little further and one of the guys in the van said ‘hey, there’s a sign up ahead’. He read the sign and it said ‘Attention Everyone – Danger is Coming’. Then I woke up in a very alert state.

Urgent. Please send this information to as many people as possible for prayers and actions. California could potentially pass a bill that may one day ban the sale of bibles.
http://www1.cbn.com/cbnnews/politics/2018/april/one-step-closer-to-law-could-a-california-bill-ultimately-lead-to-the-banning-of-bibles
Sign the letters to stop ab2943
https://californiafamily.ivolunteers.com/contactofficials/oppose-ab-2943

Another nail in California’s coffin…!

RED. The ballon from the movie “it”. REDDIT, floating up. SNS