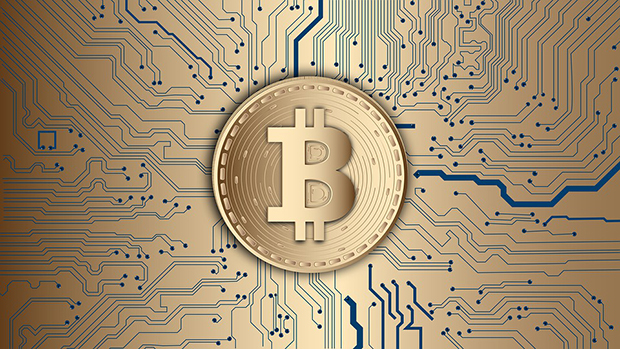 As the nation waits and watches the U.S. Congress putting together a coronavirus stimulus bill, we’re hearing a lot about how the bill will distribute money to every citizen, but we’re not hearing much about how the same bill includes plans to create digital currency accounts for every citizen based on the same blockchain technology used by all other digital currencies, commonly known as crypto currencies, such as Bitcoin, Litecoin, Ethereum and many others.

These plans are being promoted by our friends at the Federal Reserve Bank, as reported by Forbes:

According to the draft bill, which runs to over 1,000 pages, the digital dollars would exist in a digital dollar wallet, defined as “a digital wallet or account, maintained by a Federal Reserve bank on behalf of any person, that represents holdings in an electronic device or service that is used to store digital dollars that may be tied to a digital or physical identity.”

Calls for the U.S. to begin development of a digital dollar have been growing louder over recent months, with Federal Reserve chairman Jerome Powell saying he’s looking into the possibilities of a central bank digital currency

Powell told lawmakers in November the Fed is analyzing “the costs and benefits of pursuing such an initiative.” (Source: Forbes.com)

The stimulus bill is being used as justification for creating these new digital currency accounts to facilitate distribution of government money to every citizen, including those who have no bank accounts. However, even people without bank accounts can get personal checks cashed just by showing identification, such as a drivers license, so there must be another reason for creating these new accounts. I believe the distribution of funds is just the cover story to create the new digital currency accounts because the blockchain technology offers greater centralized control over the personal finances of every citizen, fulfilling an ancient prophetic warning of a global financial system able to track every transaction of ever person and control who is allowed to make transactions, buying and selling.

16 He causes all, both small and great, rich and poor, free and slave, to receive a mark on their right hand or on their foreheads,
17 and that no one may buy or sell except one who has the mark or the name of the beast, or the number of his name.
18 Here is wisdom. Let him who has understanding calculate the number of the beast, for it is the number of a man: His number is 666. (Revelation 13:16-18 NKJV)

Things are often not what they appear to be on the surface and I believe this stimulus bill is another example of that, which is why we need God’s help to see what’s really happening behind the scenes.

As a side benefit, the central bank’s plans to use blockchain technology has already caused prices of crypto currencies to move up significantly since hitting bottom on March 13 and might be the start of a long term trend. However, there have been some recent prophetic warnings posted here on Z3 regarding lower prices preceding higher prices.

One prophetic word given to Caroline Diadem on 3-20-2020 , was Forbes, this article on the digital dollar seems like an answer to why the Lord mentioned this . Pray that Caroline will see this and thank you James for all you do and thank you Holy Spirit for taking me back to Z3 News !

Thank You Caroline! Just caught your message on tribulation now last night , awesome how the Lord has you in His twilight zone ” Holy Spirit Zone ” my heart leaped with every word spoken. Took notes and will share with others. The fact that you had not heard these things of God to come, being in Ireland, is amazing. You have my prayers and glad to see your last name above —I missed it last night.

Look forward to visiting your web xx back to ya !

Here’s a link to a free 58-page report on the coming cashless society:

I skimmed through it but have not read the whole thing.