You are here: Home » Prophecies » United States Prophecies » Donald Trump Prophecies » “If he does not complete his term, that means the time of grace is aborted.”
Share this post: 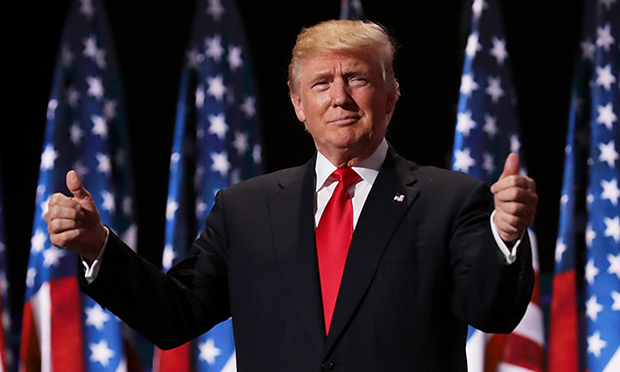 Speaking at The Gathering Church in Moravian Falls, NC on August 17-20, 2017, Sadhu Sundar Selvaraj shared the following prophetic warning for the United States. His message is recorded in the 6-minute video shown at the bottom of this post. Excerpts have been transcribed below.

When Mr. Donald Trump was elected President of the United States, the Lord spoke and said, “His election is a sign that I am giving you four years of grace.”

I saw the Lord Jesus in the heavens and He was telling me, ‘Tell the people to pray for their president very much because there is a danger for his life and for his presidency. If he fails to complete his term, you see, Heaven has determined four years of grace. It has been apportioned for you. If he does not complete his term, that means the time of grace is aborted. If the time of grace is aborted, you go into your captivity. When his presidency is aborted, the church in the United States will be held accountable before God. God will hold you accountable for all the mess that will come upon this nation as a result of the abortion.’

Before this nation is judged for her sins, God gives you one last opportunity for grace. You don’t want to mess that up, so you want to pray much.

First, put your house in order. Put your church is in order. Remove all the leaven from your midst.”

https://www.youtube.com/watch?v=6npDYLAfLAE
THE OBAMA AND SHADOW GOVERNMENT PLAN TO OUST TRUMP

Here’s a red flag for possible US military response to NK.

Russia likely knows something. Also, all armoured vehicles apparently pulled out of artillery range in South Korea months ago.

Looks like Russia,China setting a trap for US with NK as the bait.

Published on Zerohedge 12 min ago
“According to Japan’s NHK, the Japanese government warns that the North Korea missile is headed toward Northern Japan:”

Missile was launched at 5:57 AM. “A South Korean military official told NBC News that the projectile was fired around 5:57 a.m. local time on Tuesday. U.S. Pacific Command projected that the missile will splash down at 6:29 a.m. local time.” Keep an eye on this story. That number pops up around significant events. There was a prophecy that an eclipse at the beginning of Elul was an indication of the Kings of the East suffering a great loss. https://www.breakingisraelnews.com/93235/jewish-prophecy-predicts-solar-eclipse-portends-destruction-north-korea/#de7eCe9Urh7Hqv2H.97

Futures down big -20 s&p points after the close !!
Futures always have all the fun!

Yes Phanuel. My comments are currently shutup in moderation while I cry a fountain of tears for the LORDs people. Woe unto them that call evil good and good evil! Isaiah 5:20, but this is confirmation of our Elul 6/28 August marker we shared. Traders please see todays comments to SNS in ‘basketball bounce pass vision fulfilled’ and comments to Christian in ‘new downward course in markets appear’.

If anyone would like to assist me and provide the links I’m sure the LORD will reward you for your help and the fellowship here will benefit. It is critical that we can discern between the holy and profane. Especially in this season.

As M.L King said during this season:
Let freedom ring
Free at last
Now is the time – repeated 3x in the 6 paragraph
With this faith
We can never be satisfied.. But let judgement run down as waters, and righteousness as a mighty stream. Amos 5:24
Psalm 30:5
Isaiah 40:4-5
Now is the time to make justice a reality for all of God’s children
With this faith we will be able to hew out of the mountain of despair a stone of hope.

Amos 3 – The roar of the Lion
For with thee is the fountain of life: in thy light shall we see light. In psalm 36

“I am zealous over Zion” says the LORD.

Interesting….has anyone noticed the latest “Ameritrade” marketing slogan AD? It reads ….GET YOUR FINANCIAL HOUSE IN ORDER, EVERYTHING ELSE CAN WAIT. Maybe God has a sense of humor.

hitler rebuild the alter of satan in berlin , and obama make speech at the gate.

Heavy word from Bette Stevens
“From the time of the first solar eclipse to the return of the LORD Jesus Christ shall the beginning of the end come! Things never heard of Before. Open the seals…”

“The Hour is at Hand”

3 and a half minutes but WOW!

Matt NZ
August 26 was a very important day to watch. Looks like Hurricane Harvey was the culprit. I will be watching this video. Thanks for sharing!

The dates i was watching
Harvey redeveloped on August 23
Then intensified August 24
Landfall late August 25 (after 11 pm) into August 26
First hurricane to make Landfall in 12 years.

GH7 has another major word, https://www.youtube.com/watch?v=SADJYOMRHuI

“MY TEARS FALL DOWN FROM THE HEAVENS;SPEAK DANIEL OPEN THE BOOK”

Prophecy given to Brother Dan but also wonder if it is a reference to Daniel 12:9

9 And he said, “Go your way, Daniel, for the words are closed up and sealed till the time of the end.

OPEN the BOOK—-Wow , thank you brother Matt NZ for the two
words from Julie and Mena Lee !
Have been scoffed at twice today on the phone , one was a sister in the Lord — will not even open her spirit a crack to think that God would do something like judge a city !
With a curious mind I looked up this large abortion clinic in Houston
on the web map and the 7 story building sits on ” Prevention Park “,
Planned Parenthood on the building. It sits off the Gulf Freeway
southeast of downtown . Just wondering if the water will reach that
high —we will see !
We here in Austin have had many inches of rain and wind in
spurts , was out on our deck this evening before dark and the clouds
were ominous , dark and fast moving with a glow behind them that was surreal and beautiful in a way —–asked Jesus where are you sending
these clouds Lord —heard— down to Houston!!!
My G-daughter got out of her home in Victoria Tx. , was very
thankful for that—-but had a call from her that she and her Dad
decided to go BACK—so she’s now back at home —I have placed her,
as always, in the Masters hand and will believe for their safety . KC

all those words got my attention. They have the same message… no more waiting, judgement is here. I was also in the New Orleans area before and after Katrina… it was wild. I’m praying for those in Texas (My favorite state in the US).

This post confirms what I have been telling people all along. Get your marriages in order. Get your households in order. If you don’t know how, ask the Lord to guide you to places where this is being taught. My source is getyouranswersonline.com, but I do not care what source you go to as long as you get IN ORDER, as that is where the power of the Lord is. Ask Jesus to send you to the source that is right for you so you can learn how to get your households, marriages and everything in order as soon as you can.

Dear Bro Sadhu ji also shared about the coming events on 20th August Sunday morning in this recent Moravian Falls conference which have not been put on the website because of its sensitive nature, if someone can really tell what was told by the Lord, so that we can know and pray. We are really blessed to have Prophets like Br Sadhu, Br Neville Johnson and Br Bruce Allen.