You are here: Home » Church » Harvest » We are being commissioned into a new season of harvest like we have never seen before. 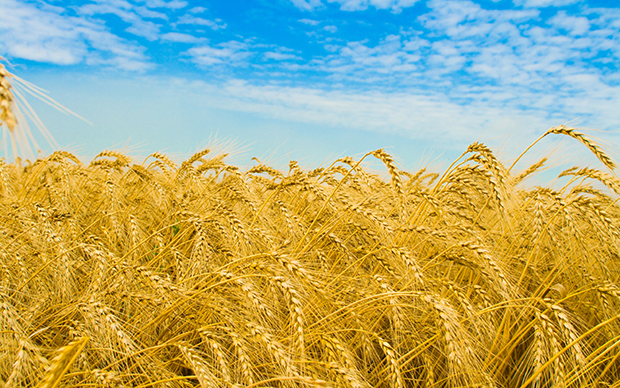 Todd Bentley, founder of Fresh Fire Ministries, recently shared the following encouraging vision in which he saw the beginning of the great end time harvest of souls.

“I saw a great harvest field. It was like a field I had never seen before and very large. There were many bundles (sheaves) of wheat already gathered. The wheat was white, ripe, and golden. I remember the sun shining down and how blue and clear the sky was. My heart yearned to be in this field. I said, “Lord, I’m a harvester, I’ve been in the harvest for many years. Why am I not in this field?”

We were standing on the edge of the field. I felt the Father (Lord of the harvest) say, “The church is on the edge now of the great harvest at the end of the age.” (see Matthew 13:24-43).

In the prophetic experience, the Lord gave me a hammer. I thought, “A hammer, Lord? Why not a sickle or a sword?”

The Holy Spirit spoke to me saying, “All you need is a fire and a hammer to break through the strongholds and penetrate the hearts of the religious minds and darkness of the people. Is not My word like fire?” says the LORD, “and like a hammer that breaks the rock in pieces?” (Jeremiah 23:29)

In the vision, the hammer was called “George Whitefield.” He was part of the first Great Awakening and many referred to him as the field preacher. Sometimes crowds of 20,000 to 30,000 would gather and he would preach (herald) the gospel with a booming voice. No amplification system was needed. George Whitefield had charisma, and his voice, according to many accounts, could be heard for over five miles.

I saw in the vision that the Lord was speaking about being on the “edge of the greatest harvest.” We are now stepping into the fields. I also knew by the Spirit that some of the greatest revivals would be literally in open fields again. I believe the grace that was on Whitefield, Jonathan Edwards, and the first Great Awakening is now upon us in a new season of harvest and preaching.

We are being commissioned into a new season of harvest like we have never seen before. In this vision, we were stepping into the great harvest after many years of being trained and equipped. More than ever we are entering into a reaping season. We are moving from just sowing and seedtime, to a harvest of all the seeds of Promise.

Bob Jones’ Passing:
Bob Jones was for many years a spiritual father in my life and ministry and countless others around the world. His death was on the day of love (Valentine’s Day). On the night of his passing, there was a small earthquake in South Carolina.

One prophetic voice said Bob Jones’ death prophesied, “There is a door standing open in heaven” (Revelation 4:1). The door is now open to the great harvest. We are at the edge of the field (Edgefield).

I have had an increasing sense and a resounding echo in my heart that it is time to “Harvest the Harvesters” in a greater way! This was a prophetic word Bob Jones received over 40 years ago concerning the great harvest at the end of the age! Bob spoke of over a billion youth saved in a movement.

super cool!!!!! Went out again yesterday with the glory group to a Walmart 🙂 Spoke and prayed with many. Thanks for this–very encouraging!!

We certainly do thank our Father for all the current and past revivals. There’s many of us waiting for The Holy Spirit and revival like we read in the book of Acts. This is what im reading in James’ revaluation. We anticipate power and authority, Truth and Spirit beyond our imagination for this work must be finished by the body of Messiah and all righteousness must be fulfilled.

I am ready, God has shown me this about 15 years ago. In the dream my husband and I were taking all kind of people to a local church, these people had all kind of needs. I was shown by the pastor of the church that soon I would be given all sorts of gifts of the spirit in the time of the latter rain. I knew there was going to be another great pouring out of the spirit and lots of people were coming to know Christ.

Rick Joyner speaks of the first wave coming in being the harvesters (The Harvest).