You are here: Home » Prophecies » The Coming Storm is One of Great Spiritual Darkness 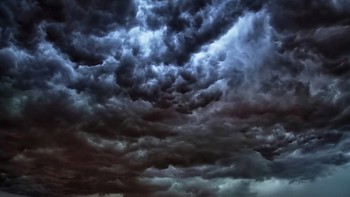 “I am your peace when the storms rage around you, My precious ones. The coming storm of lack, of persecution, will rage, but if you enter My Secret Place, it will not rage in you. I have prepared a place of peace you may enter at any time when you approach Me. All that is required is your faith and devotion to Me.”

“The coming storm is one of great spiritual darkness. The wicked are rising up, and will refuse to be silenced. They will bring much grief to My people. They will cause hardships and lack on those who serve Me. There will be great betrayals, such as you have never seen.”

“The only way My people can survive what is coming is through their faith in Me. Their faith that I will protect them and provide for them. Every person alive who truly serves Me will have to choose in these times between your own comfort and Me.”

“Choose well, My children, for your eternity depends on it. Those who deny Me will not enter heaven.”

For whosoever shall call upon the name of the Lord shall be saved. (Romans 10:13)

1 He that dwelleth in the secret place of the most High shall abide under the shadow of the Almighty.
2 I will say of the Lord, He is my refuge and my fortress: my God; in him will I trust.
3 Surely he shall deliver thee from the snare of the fowler, and from the noisome pestilence.
4 He shall cover thee with his feathers, and under his wings shalt thou trust: his truth shall be thy shield and buckler. (Psalm 91:1-4)

After making my previous post… I went outside to sit on my porch and pray. All of a sudden… the wind picked up and it began to rain. My back yard has many large trees… and the wind and rain started bringing down a flurry of blowing brightly colored autumn leaves. As the rain and wind picked up… A large branch of dead leaves crashed to the ground. I could feel the presence of the Holy Spirit as I began to weep. I know the wind represented spiritual warfare and the rain represented the Holy Spirit coming down. I think the falling blowing leaves represented the last days for God’s children and the dead branch represented the dark strongholds of the Enemy. A peace came over me and I knew that God hears and answers our prayers… and he will send his Holy Spirit to lead, protect, and comfort us in these last days. God is with us.

What an awesome word Wiley. Thank you for sharing. Indeed, God is with us we have ne need to fear. LORD bless.

AMEN . . . thank you Wiley for sharing that.

Sorry they have one more warning. Then the eruption. God bless

First one was in 2012 not 2014…https://theextinctionprotocol.wordpress.com/2012/02/19/japans-mt-fuji-volcano-awakens-after-300-years-increased-risk-of-an-eruption-warns-scientist/

Just came across this, even thought it happened a month ago. Jackson said he saw a “plume of smoke or steam” come out of the mountain in his prophecy regarding the eruption of Mount Fuji. On 9/30/2015 white smoke came up from the body of Mount Fuji. Here is the link. http://fukushima-diary.com/2015/10/photo-white-smoke-came-up-from-the-body-of-mt-fuji-ministry-of-land-just-cloud-of-dust/

That is very interesting. Is the plume of smoke a rare occurrence for Mount Fuji?

Wow. I missed that. This could be the second warning in dream . The first steam was in 2014 I believe. The third one is the eruption . God bless

Glynda, yes, amen and AMEN.!!. On 26 October I heard in my spirit: “As the world moves closer to annihilation My Word will be the only truth to be found, My Word will be all you need to hear. Walk in My annointing, the world has nothing to offer My children. Do not look to the world, look to Me” O, how He loves you and me.!!.

This great storm of spiritual darkness is already raging… and many of us are fighting it daily. I know that things can and will get really worse… but the enemy is now attacking many of our loved ones with a vengeance that I have never before seen. We must all pray for our lost love ones… Pray for their salvation. The enemy rages and we must put on our spiritual armor and fight for the lost. Please pray for my children.

Our only hope will be in Jesus Christ………Reading Psalm 91……There will be much against God’s people and we will have to endure,but He will be with us to take us through it……
.

Hi Glynda, this prophetic Word sounds very similar to the dream I had, which I wrote up and posted on my blog:
8-15-15 – DREAM: The Heavenly Place of Safety in the Storm | believeacts2’s Blog
https://believeacts2blog.wordpress.com/2015/08/15/8-15-15-dream-the-heavenly-place-of-safety-in-the-storm/