You are here: Home » Church » Harvest » Coming harvest will look different than what we expect.
Share this post: 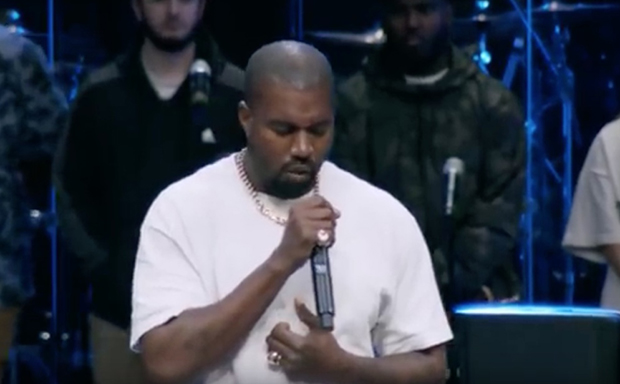 “You sent your son to die for us and all you ask is for radical obedience to you. You’re not asking us to do the least. You know how people are like, ‘At least I…,’ how are we gonna do the least when He did the most?

I’ve seen Him work miracles in my life. You know the devil presents so many flashy, shiny objects. I’ve seen everything that the devil could’ve showed you via TV, videos, car dealerships, jewelry, houses, and I’ll tell you… Nothin’ beats God…and a sound mind.

Let’s not be concerned with the opinions of men at all. Only the opinion of God. I know we say this is the culture or that is the culture. To be radically in service to Christ is the only culture that I want to know about.”

Seeing Kanye West sharing these things might seem out of context from what we’re used to seeing, which is why it reminds me of a dream I received in May 2017 because the dream revealed there will be people turning to God in the coming days who won’t look like what we normally expect. I believe we are being warned to not be moved by outward appearances, but rely totally on the inner witness of the Holy Spirit to help us see the hearts of those who are coming to Him.

I’ve shared this dream previously, but reposting it here for convenience. In the dream, Christians were not allowed to meet publicly, so we were meeting secretly. Instead of a traditional meeting facility, we met outside in what appeared to be the parking lot of an abandoned business complex. It looked like something from an apocalyptic movie, but it was a gathering of disciples, all quietly standing and listening as several of us taught them how to be led by the Holy Spirit. Many of them stood around us while others looked down from the top of a parking deck.

We had no microphones or speaker systems, but everyone could hear us. We had no
script, no program, no pre-arranged plan. We just followed the leading of the Holy Spirit, saying what He put in our heart to say. One person would speak for a few minutes, then another, as the Spirit moved. There was no competition between us. We worked together seamlessly, in perfect harmony. His promptings were clear and strong, so we had no doubt about what He wanted us to say. We just followed His script, so we were not only teaching, but also demonstrating how to be led by Him. At different times, the teaching reached climactic points, causing the whole crowd to erupt with applause.

I explained how to listen to the inner witness, the promptings coming from the inside, from our heart, our inner man. I explained that before we can be led by the Holy Spirit, we must first be born again by the Spirit. I told them, “You must first invite the Lord Jesus Christ to come into your heart. Invite Him to be the Lord of your life. Then He will receive you and He will lead you and guide you.” (Romans 10:9-10)

I looked up to the top of the parking deck and saw a row of rough looking guys standing there. They had long hair and beards and were dressed like biker dudes. I knew they were new disciples and they were hungry to hear the message. They were taking in every word of it, watching, listening, and nodding their heads in agreement. I knew how much they needed to know these things we were teaching. I felt compassion for them and for everyone there because of the dark times we were facing. End of dream.