You are here: Home » Church » Remnant » The Church is about to look a whole lot different.
Share this post: 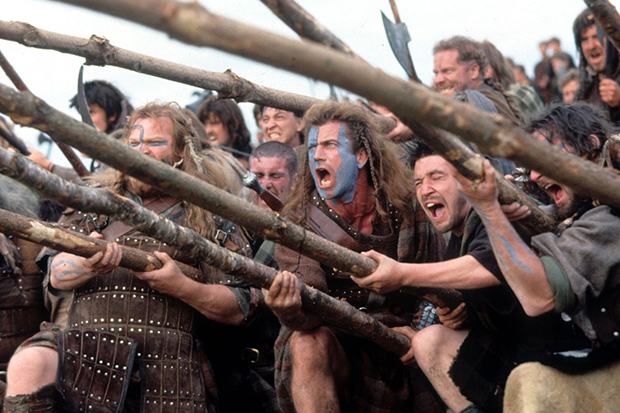 Over the past few weeks, I have had some of the deepest encounters with the Lord that I have ever had. In one of these encounters, I encountered the heart of the Lord for the hidden ones, those who have been hidden in the secret place with the Lord. The Lord has had them in a place of separation and consecration for a long time. They have been in a place of knowing and encountering the heart of God in deep, deep ways and they have been trained and taught by the Holy Spirit. They are the ones who have been hidden with God and they have not been known by man in great ways but they are known by God.

There is a sound being released from the heart of the Father that is the call to position for the hidden ones. I heard the sound so loudly and these hidden ones were being called out of the caves and the hiddenness and they were hearing the sound of His trumpet going forth, and they were taking their place and were READY for what the Lord was about to do. The atmosphere surrounding me was so heavy in a glorious way of the faithfulness of these ones to the Lord and the purity of heart.

I began to see these ones coming out of the caves and they began to form a line, side by side and shoulder to shoulder with one another and they took their position with the army of God that was forming across the earth. These hidden ones joined the frontlines of this army and I heard the word, “SPEARHEAD”.

The scene I was seeing reminded me of the movie BRAVEHEART with Mel Gibson. These hidden warriors were joining the front lines of the army of God to SPEARHEAD the next move of God upon the earth. It’s not coming, it’s happening now and the army is forming right now. The hidden ones are being called out of the cave. They are coming from all different places all across the earth and from unexpected places and are some of the most unexpected ones, not known by man, but known by God, to join with others called by the Lord to spearhead this move of God.

I heard the Lord say “My Church looks a lot different than what people expect, doesn’t it?”

We are in the moment of the greatest reformation of the Church that we have ever seen. The hidden ones are being called out of the caves to take their place amongst the procession. There is a reset and reshaping and rearranging God is doing right now and the Church is going to look A LOT DIFFERENT coming out of this time of SELAH.

These hidden ones are joining the procession and what struck me that was so beautiful and also brought the urgency of the hour deep within me even more, it was THE FAITHFUL that were spearheading the move of God in the earth, those who have been hidden, those who have come out of hiddenness, but there were similarities between the hidden ones and others in the procession, their FAITHFULNESS to God and their humility. There are friends of God with pure hearts. THESE are the ones who are going to recognize the hour we are in and respond to the alarm being sounded and spearhead this next move of God. Their lamps are full. They are overflowing with oil and they are ready. The Church is about to look a whole lot different.

I am one of the hidden ones that’s ready to be presented forth to the world to preach the gospel and proclaim the good news now in the mighty/blood name of Jesus Christ of Nazareth!!!

This is a really good confirming and encouraging word! It’s interesting that she says the Church is going to look A LOT Different. Goodbye to the Church Age and hello to the Kingdom Age!

I too have been experiencing the pouring out of the Lord’s presence in the most awesome way these past few weeks. It’s honestly difficult to even write about it. It knocks me off my feet. I understand why the prophets of the Bible spoke of the word and knowledge of the Lord being too wonderful for them.. I feel so unworthy but the Lord is so gentle and comforting and faithful. I believe I am one of the hidden ones. I don’t have anyone with whom to share these experiences with the Lord… Which is why I am grateful for this site and grateful for this word.

Krista, Thanks for sharing your heart & experiences! The Lord is………definately preparing us, a remnant, for the Days ahead! This past Saturday morning as I was waking up – I saw and felt His Anointed Person & Presence! ” It knocked me off my feet” (heart)!! A lot of prophesies from Prophetic people about the Outpouring of His Spirit in these End Times! As Lana said……It Has Started VS. This New World Order Elites already coming to pass in this Planned Corona Virus! Be Blessed, Seek Him, He is Faithful to give Us Growth and More Anointing(s)! Hebrews 12:2

Amen! I am among them. sometimes like Elijah in the cave We feel alone or isolated without understanding it was just boot camp.. Thank you for this Lana
Gives a whole new meaning to coming out of the closet

robin b
Reply to  John the dreamer

I’m with you John the dreamer. The isolation has been so difficult. Also, I couldn’t find the words to express my thoughts about Lana’s message, but this song came to my mind…https://youtu.be/ptHnc85Z3N0.. Everything that shall happen will be because we love Him more than anything.