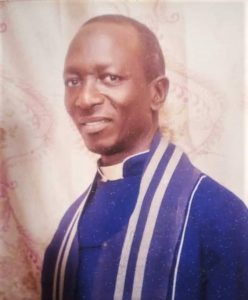 JOS, Nigeria (Morning Star News) – The killing of the Rev. Silas Yakubu Ali and more than 50 other Christians in an area of Kaduna state, Nigeria in the past two months shows that Christians are under siege from Muslim Fulani herdsmen, community leaders said.

Dominic Gambo Yahaya, leader of the predominantly Christian Atyap ethnic group in Zango-Kataf County, said that herdsmen and area Muslim collaborators were responsible for the Sept. 11 killing of Pastor Ali. Yahaya said the killing of the pastor of the Evangelical Church Winning All (ECWA) in Kibori village, Zango-Kataf County, took place within the vicinity of Zango Urban settlement in Atyap Chiefdom.

“Aside from the killing of the pastor, over 50 Christians have been killed, seven churches destroyed and 254 houses burned down by armed Muslim Fulani herdsmen in Zangon Kataf Local Government Area these past two months alone,” Yahaya said. “The unrestrained violence unleashed on poor, defenseless, innocent Christian farmers of Atyap land has reached a sorry state that no farmer can venture out to the farmland, as the chances of returning home alive are very slim.”

Atyap lands have been turned into a theater of war as herdsmen kill Christians and destroy their properties unchecked, he said.

“We are under siege of terror attacks from herdsmen, as the Muslim Fulani community that lives with the Atyap Christians have been seizing the Christians from their farms to kill them,” Yahaya told Morning Star News by text message. “We allowed the Fulani Muslims who are migrants to settle among us on our lands for free. Now, Christians who welcomed and accommodated them have become targets of their attacks.”

On Sept. 12, herdsmen attacked the community of Ahpiagyim, few hundred yards from where Pastor Ali was shot and cut with machetes, and killed 12 Christians, he said. Six women and three children were among the 12 Christians killed, he added.

“And there are no fewer than 15,000 Christians who are now in lnternally Displaced Persons camps,” he added.

“The murder of the pastor has again offered another opportunity for relevant government authorities and, indeed, the entire world to seriously examine the allegations made by the Atyap Christians over the years that the Muslim settlers in Zangon Kataf community might be harboring a killer terrorist squad against them,” Binniyat said.

Pastor Ali, 55, was ambushed at about 5 p.m. while on his way from Kafanchan to Kibori village.

His wife, Sarah Ali, said that he had traveled to Kafanchan to visit their children, students at Kaduna State University.

“I told him to ensure he returned to Kibori village as soon as it was feasible, as the area around Zangon Urban, which lies between Kafanchan town and Kibori, has become a death trap to Christians traveling along that route,” Ali told Morning Star News. “He assured me he would be careful on this trip back to Kibori. But by evening I received an urgent phone call from my in-law back at Kibori that my husband had not returned to Kibori despite leaving Kafanchan town in the afternoon of same day.”

Christian leaders and church members formed a search team and found his severely wounded corpse in Zangon Urban, she said.

The Rev. Yunusa Sabo Nmadu, general secretary of the ECWA, spoke at his funeral on Sept. 15 at First ECWA Church in Samaru Kataf.

“There’s the urgent need for Christians in northern Nigeria to be protected from those that have given themselves the task of doing evil in the name of Islam,” Pastor Nmadu said. “Christians in the southern part of Kaduna state have constantly come under incessant attacks from armed herdsmen, and no measures have been taken by the Nigeria government to stem this ugly situation.”

The Rev. Jonathan Nkom also spoke at the funeral, urging the government to be proactive in protecting the lives of Christians and their properties as it has done for Muslims.

“The state of insecurity in our country has assumed a different dimension such that those in authority need to wake up to the challenge of protecting the lives of all Nigerians, irrespective of their religious persuasion,” Nkom said.

Samuel Aruwan, Kaduna State Commissioner for Internal Security and Home Affairs, in a statement said Gov. Nasir el-Rufai sent his condolences to the family of Pastor Ali and to his church.

“The governor urged security agencies to intensify efforts towards apprehending the perpetrators of the heinous killing, while appealing to members of the community to maintain calm,” Aruwan said. “Security agencies are conducting investigations in the general area.”