You are here: Home » Prophecies » “Chaos Will Indeed Enter Into Everything in This Time” 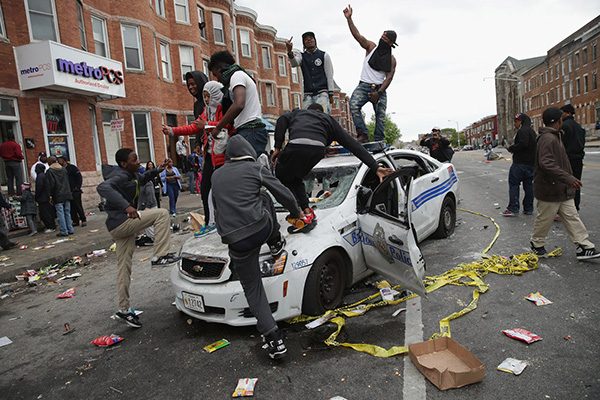 As chaos continues to spread, it shall enter into your houses. It shall enter into workplaces and schools and churches. If you allow it to, this chaos will steal away your peace and your joy and make you fearful, but I desire this would not be so. I desire My people would stand boldly against all acts of the enemy.

When chaos abounds, draw on My peace that is within you. Refuse to give place to it in your souls. Reject it at every turn, and maintain an even keel. I have left you My peace.

Matthew 24:6
6 And ye shall hear of wars and rumours of wars: see that ye be not troubled: for all these things must come to pass, but the end is not yet.

Mark 13:12
12 Now the brother shall betray the brother to death, and the father the son; and children shall rise up against their parents, and shall cause them to be put to death.

John 14:27
27 Peace I leave with you, my peace I give unto you: not as the world giveth, give I unto you. Let not your heart be troubled, neither let it be afraid.

We will see more and more chaos as we move towards the end of all things. Chaos is the way of the enemy, our God’s way is peace, so Satan will spread chaos wherever he can. I have been thinking about this ever since the Lord spoke it to me. When He was speaking it, I saw that relationships will descend into chaos in our homes, that chaotic events will enter into our schools, that chaos will begin to pop up, taking over all these areas and bringing fear and disorder with it. Only Christians will have peace in the midst of this madness.

Glynda,
The word on “Chaos” which I saw today, correlates with this article from an excellent alternative news source:

“All Hell is Breaking Loose- Will We Survive the Soros Led American Spring?” by
DAVE HODGES (The Common Sense Show).

WEB-BOT hit ALSO for Chaos as well “March thru May” & a bond market crisis or sell-off. Webbot 21:40 mark https://m.youtube.com/watch?v=_h09Ztb7sTc

Glynda;
Yes, sadly we must embrace the fact that the spirit of Antichrist (and the ensuing chaos) is on the rise, and will soon manifest in a global tyranny that will bring desolation to the cities of the world like we cannot even imagine.

BUT, thankfully we as believers personally have an antidote for chaos through the indwelling Savior. And we must apply ourselves to walk in the grace and peace he offers. One of the greatest tragedies of this generation is that so few preach a Gospel that makes a demand of holiness; or preaches the power of God that is available to make us live holy. And without a clean heart before the LORD there is no liberty from the spirit of chaos that has its grip on today’s society. But, praise Jesus! there is victory available to those who will seek it with the whole heart!

Thank you for sharing your heart and the encouragement to walk in God’s peace;
Paul Benson

I so agree, Paul!

Thank you Glynda for reminding us as the world descends into madness we have the answers we need in Christ Jesus. No need to fear for the saints of God while other men’s hearts are failing them for fear, and for looking at those things which are coming on the earth, for the powers of heaven shall be shaken. We are going to have to stand our ground as Christians and take authority over the enemy as he tries to find a place in our homes. Don’t give place to the devil. We are more than conquerors.

I agree Glynda, I keep feeling like something is going to happen around the middle of March, the ‘Ides of March’. Just a gut feeling.

Anthony Patch mentioned two dates in March that were significant. I will find the video a give all the link.

I haven’t found the video but I am still searching!

Maybe it was David Stockman. He was on Hagmann and Hagmann.

complete disorder and confusion.
“snow caused chaos in the region”

“police were called in to quell the chaos”

•Physics
behavior so unpredictable as to appear random, owing to great sensitivity to small changes in conditions.

•the formless matter supposed to have existed before the creation of the universe.

Just as this generation has rejected the divine order of creation so shall they be given chaos for their harvest.

OK, this is a little off topic, but here are some AWESOME TEACHINGS on empowerment through the Holy Spirit:

The Bush’s and Clintons sent away the good jobs. Where people lack vision, they perish…….

A powerful exhortation and encouragement from John Piper:
http://www.desiringgod.org/messages/live-to-die

Thank you for this encouraging word. God bless you.