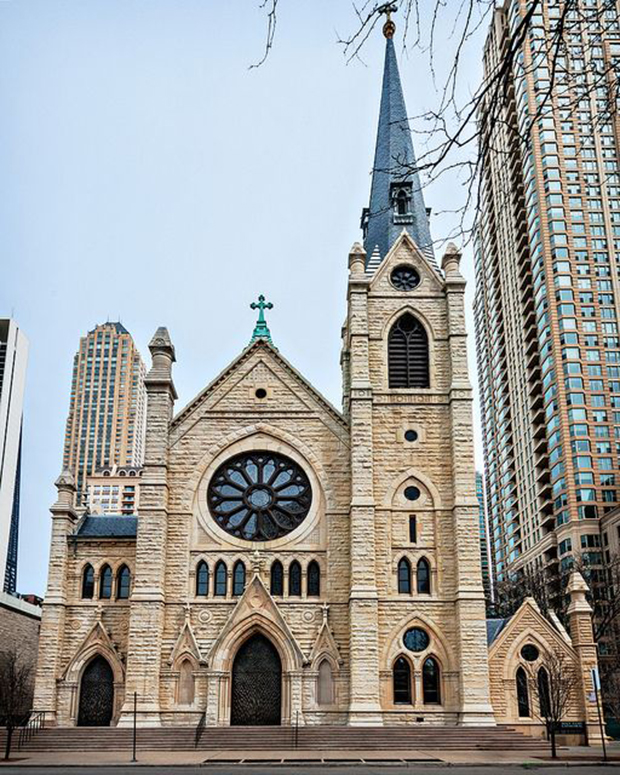 As reported below, Catholic churches in Chicago have started ringing their bells five times each day, calling for people to pray every three hours.

Catholic church bells will be ringing throughout Chicago every three hours as a call for all to unite in prayer during the COVID-19 pandemic.

Cardinal Blase Cupich, archbishop of Chicago, is asking Catholic parishes to ring their church bells five times a day between 9 a.m. and 9 p.m. This started Saturday.

Each of the five prayer times will be dedicated to a specific group particularly affected by the pandemic.

The groups are listed below:

9 a.m. – Prayer for those infected with the virus and all those who are ill

12 p.m. – Prayer for healthcare workers and those attending to the sick

6 p.m. – Prayer for people of every nation and their leaders

9 p.m. – Prayer for those who have died today (Source: CBS News)

Calling for prayer five times each day is a core requirement for every Muslim, which raises the question, is this just a coincidence? I don’t think so because they’ve already clearly stated their agenda in the Second Vatican Council, which concluded in December 1965 and launched a major ecumenical campaign to join all religions together. By calling for prayer five times each day, I believe they’re laying the groundwork for joining 1.9 billion Muslims with 1.3 billion Catholics, which is 3.2 billion people, nearly half the world’s population, into one global religion headed by the Pope.

This is a very interesting point being made. And it is highly plausible that there is definitely a Catholic/Muslim link. It is a known fact that the Roman Catholic church has as its agenda, interfaith dialogue, which is being conducted with world religions, including Islam. The Roman Catholic Church also has in its teachings the fact that they believe Muslims will be saved apart from a saving knowledge of Jesus Christ, due to their belief in a “Creator God”….Allah. This is no joke and how deceived can one be?

Just reading latest comments… pondering all for last few posts…This morning I was on my I pad as my husband was using the main computer..I do not know what I clicked on for the life of me: but a page came up re the Catholic Church and it was a page called Laudato Si..

There was a nun in the USA who spoke out about this particular leaning /agenda saying it was un biblical.

Also Pope had met Greta Thunberg .I know there were a few photos of the same with her holding a plaque saying support laudato Si.

Laudato Si ON THE CARE OF OUR COMMON HOME.

now on another note & it would need research & discernment i was reading an article a few weeks ago during Corona virus reporting that said if u look @ the word COVID -19 ….think the report said re the meaning of the name Ovid in Latin..

Corona is Latin for crown, which reminds me of this verse:

And I looked, and behold, a white horse. He who sat on it had a bow; and a crown was given to him, and he went out conquering and to conquer. (Revelation 6:2 NKJV)

This is sick and wrong

Prayer at 9 p.m. – pray for those who died. This is the height of deception. You cannot pray for people who died! Smh at the Catholic church. Psalms 115:17 (NLT) The dead cannot sing praises to the Lord, for they have gone into the silence of the grave.

Blessed are the dead in Christ, yea saith the Spirit, that they may rest from their works! book of Revelation

Yes, but praying for the dead is not scriptural because their fate is already set.

And as it is appointed for men to die once, but after this the judgment. (Hebrews 9:27 NKJV)

Muy interesante Jaime. Definetly has the anti christ s finger prints all over it
Everyone who stands w the POPE and I do mean EVERYONE on may 14th who calls us to unite is NO friend of MY JESUS!
Call me a hater the HOLY SPIRIT in me is alive and reminds me all the time that it’s all a lie and calls me as a watchman to scream. That’s not the finest garment ever made Trump is naked! Wake up!
In the end the only truth will be the better lie

Whatever you do, dont let him
Mark you!
Shalom

Praying for others is a blessing especially in these trying times. With that said, it is a bit odd that 5 times per day was chosen. Why not 6 or 7 times per day? Pope Frances has talked about Chrislam – incorporating Islam with Christianity. He has also talked about One World Religion that the NWO wants to implement along with the One World Government controlling the world (beast system). It may be innocent – the five bell calls to prayer – however given the times we live in, it is prudent to keep ears and eyes open. Personally, I think it is grooming and hence, obeyance to the NWO agenda that is coming. Besides, it reminds me too much of the call to prayer I heard everday when I lived in Turkey….

There’s nothing wrong with praying 5x a day as long as it’s not specifically Muslim prayers. These are the traditional times psalms used to be recited in monasteries. Even Jews pray 5x a day on Yom Kippur.

What about ringing the bells every several hours? It sounds like the Muslims “sounding out” from their mosques calling for prayer? It is a coincidental link which is strange. No effort made to deviate from a strictly Muslim hourly practice apparently.