***Reminder: Click on blue words which are hyperlinks to read the supporting article being referenced.*** This just shows the power of the mainstream media. If they don’t talk about it, then most of the population will never even know that it exists. But we should be talking about it, because what is taking place is absolutely horrifying. In some instances, Christian … END_OF_DOCUMENT_TOKEN_TO_BE_REPLACED

Note completely separate from these two articles - There are at least 3 Youtube Channels I follow that believe the mosque being blown up in the iPetGoat II video is Hagia Sophia. For those unfamiliar with IPetGoat II, it is an occultic video which shows a timeline of events, coded in symbolism, of End Times and the rise of the Antichrist. If this destruction occurs, this … END_OF_DOCUMENT_TOKEN_TO_BE_REPLACED 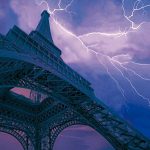 On January 11 2017, a visitor to Z3 News received a powerful dream and vision from God revealing great catastrophes coming upon the United States of America as a direct result of the Middle East Peace Conference that was held in January 2017 in Paris. She was shown what happens there would be done "underground," in secret, hidden from public view. Her dream reveals this … END_OF_DOCUMENT_TOKEN_TO_BE_REPLACED

It’s amazing how CNN’s talking heads can devote so much time to the “scandal” of Donald J. Trump’s sons participating in interviews of cabinet picks, but can’t connect the dots between the bloody tragedy in Aleppo and President Barack Obama’s pro-terrorist policy in the Middle East. During the day on Wednesday, we saw CNN repeatedly air gruesome film footage of the massacre … END_OF_DOCUMENT_TOKEN_TO_BE_REPLACED