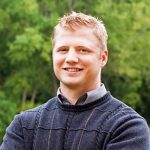 The Federal Reserve is doing what no military on earth can do. They are destroying the American Republic. Without firing a single shot, they are bringing us down with money. They are printing so many dollars, Americans will soon be using them to wipe their butt. The Fed injects $85 billion into U.S. markets every month through a program called Quantitative Easing. They are now … END_OF_DOCUMENT_TOKEN_TO_BE_REPLACED

This year the Federal Reserve Bank is celebrating their 100th birthday! Happy Birthday to the Fed! Oh, you haven't heard about it? Well, they do like to keep a low profile. Oopsies! And guess what else they're celebrating... 100 years without an audit! Not a single report card ever. Yeah! What a deal! No pesky performance reviews or job evaluations to worry about. That just … END_OF_DOCUMENT_TOKEN_TO_BE_REPLACED