HAVANA — Cuba was rocked by a series of anti-government street protests earlier this week. The U.S. establishment immediately hailed the events, putting its full weight behind the protestors. Yet documents suggest that Washington might be more involved in the events than it cares to publicly divulge. As many have reported, the protests, which started on Sunday in the town of … END_OF_DOCUMENT_TOKEN_TO_BE_REPLACED 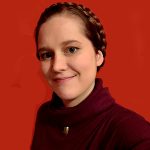 WASHINGTON — The Finders Scandal — events that took place several decades ago, which I have explored in the two previous parts of this series — might be perceived as very much in the rear-view mirror. It is of great contemporary relevance, however, because it raises questions of ongoing significance — particularly in an era where American-style kompromat is seen by many to have … END_OF_DOCUMENT_TOKEN_TO_BE_REPLACED

PORT AU PRINCE, HAITI — As shock grips the Caribbean island nation of Haiti following the assassination of President Jovenel Moïse, the Haitian government has carried out a campaign to arrest suspects it alleges are responsible for the murder. Haitian Director of National Police Leon Charles announced at a press conference that the assassination squad that killed Moise is … END_OF_DOCUMENT_TOKEN_TO_BE_REPLACED

The assassination of Haitian President Jovenel Moïse sent shockwaves through the tiny Caribbean island nation and beyond. While little is known about what happened overnight Wednesday, it appears that a group of foreign mercenaries with inside knowledge of Moïse’s home were responsible for carrying out the operation that killed him. Moïse was an extremely unpopular figure … END_OF_DOCUMENT_TOKEN_TO_BE_REPLACED

As reported yesterday, the CIA Director William J. Burns travelled to Brazil to meet Bolsonaro government ministers. The reason for the meetings had been kept secret, but Jair Bolsonaro during his daily social media broadcast to his supporters, claimed he had a meeting with Burns (although not on his official schedule). The Brazilian president openly admitted that the meeting … END_OF_DOCUMENT_TOKEN_TO_BE_REPLACED

AFGHANISTAN — The COVID-19 pandemic has been a death knell to so many industries in Afghanistan. Charities and aid agencies have even warned that the economic dislocation could spark widespread famine. But one sector is still booming: the illicit opium trade. Last year saw Afghan opium poppy cultivation grow by over a third while counter-narcotics operations dropped off a … END_OF_DOCUMENT_TOKEN_TO_BE_REPLACED

WASHINGTON — Concerning the Finders cult — the elusive Washington, D.C.-based outfit whose antics and ties we began examining in Part 1 of this series — one set of documents in particular held the most explosive allegations made against the group and against the CIA for allegedly covering the story up. Despite their contents, almost no corporate press ever quoted from these … END_OF_DOCUMENT_TOKEN_TO_BE_REPLACED

The fact that the very department that trains high state officials and agents of secretive three letter agencies is also the place that produces many of the journalists we rely on to stand up to those officials and keep them in check is seriously problematic. LONDON — In a previous investigation, MintPress News explored how one university department, the Department of War … END_OF_DOCUMENT_TOKEN_TO_BE_REPLACED

WASHINGTON — In February 1987, an anonymous phone tip was called into the Tallahassee police department reporting that six children were dirty, hungry, and acting like animals in the custody of two well-dressed men in a Tallahassee, Florida park. That phone call would kick off the Finders scandal: a series of events and multiple investigations even more bizarre than the initial … END_OF_DOCUMENT_TOKEN_TO_BE_REPLACED

Rockefeller Foundation published “Scenarios for the Future of Technology and International Development” in 2010 with the GOALS of “tighter top-down government control and more authoritarian leadership”. This document (you can read it in its entirety by clicking on the hyperlink) proves THE DEEP STATE IS BEHIND THE VIRAL PANDEMICS in our world. This plan, named “Lock Step” (page … END_OF_DOCUMENT_TOKEN_TO_BE_REPLACED

The United States Defense Department has launched a new project to fight "large-scale, automated disinformation attacks." The project will rely on software managed by the Defense Advanced Research Projects Agency (DARPA), which will be able to quickly scan through more than a half million news stories from a variety of sources, including social media posts, to identify anything … END_OF_DOCUMENT_TOKEN_TO_BE_REPLACED

New evidence released in Wikileaks Vault 7 documents shows what we have suspected all along, our intelligence agencies are spying on U.S. citizens, including Donald Trump, while using Russia as a scapegoat. Wikileaks exposed the CIA is using the following hacking tools to spy on the American people: Infiltrated Android phones by bypassing encryption programs and … END_OF_DOCUMENT_TOKEN_TO_BE_REPLACED

Yes, the government can use your phone, your computer and even potentially your television to spy on what you are doing inside your own home.  On Tuesday, Wikileaks released thousands of documents that prove what virtually every “conspiracy theorist” in America has been saying for years about government spying.  And I don’t even like to use the term “conspiracy theorist” much, … END_OF_DOCUMENT_TOKEN_TO_BE_REPLACED

For anyone skeptical about our deep state tactics of controlling the mainstream news media and filling it with lies, here is another great example. Attempting to expose them recently cost one German journalist his life. On January 13 2017, German news journalist Dr. Udo Ulfkotte was found dead, just ten months after going public as a whistleblower, exposing how the CIA and … END_OF_DOCUMENT_TOKEN_TO_BE_REPLACED