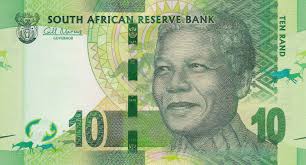 In the vision of The LORD, I then saw leaders of South Africa in a political brinkmanship; with blame game and trying to gain political capital and mileage as a result of the financial crisis that had hit South Africa. It essentially became a campaign tool and agenda.

In the vision, I kept hearing: “Rand!! Rand!!”, until I asked myself in the vision of The LORD: “Is the Rand still the Currency in South Africa or there is a new currency?

The vision of The LORD then ended.

So perhaps it means that the South African Rand loses its value so much until it becomes almost unrecognizable OR effectively a new currency of sort is deployed; a new fiscal system and currency of sort.

The Second message that was imparted in my heart from this communication of The LORD is that when this financial crisis (and by extension economic crisis) hits South Africa, there will be a very tremendous political blame game; essentially becoming a campaign tool and a campaign agenda.

Revelation 6: 5-6 ‘“When He opened the third seal, I heard the third living creature say, “Come and see.” So I looked, and behold, a black horse, and he who sat on it had a pair of scales in his hand. And I heard a voice in the midst of the four living creatures saying, “A quart of wheat for a denarius, and three quarts of barley for a denarius; and do not harm the oil and the wine.”’

Daniel 12: 1-4 ‘“At that time Michael shall stand up, The great prince who stands watch over the sons of your people; And there shall be a time of trouble, Such as never was since there was a nation, Even to that time. And at that time your people shall be delivered, Every one who is found written in the book.  And many of those who sleep in the dust of the earth shall awake, Some to everlasting life, Some to shame and everlasting contempt. Those who are wise shall shine Like the brightness of the firmament, And those who turn many to righteousness Like the stars forever and ever. “But you, Daniel, shut up the words, and seal the book until the time of the end; many shall run to and fro, and knowledge shall increase.”’

Revelation 13: 16-17 ‘“He causes all, both small and great, rich and poor, free and slave, to receive a mark on their right hand or on their foreheads, and that no one may buy or sell except one who has the mark or the name of the beast, or the number of his name.”’

REPENT THE PEOPLE AND THE NATION OF SOUTH AFRICA!!!

REPENT THE PEOPLE AND THE NATIONS OF THE ENTIRE EARTH!!!

I acknowledge today that you are LORD and savior of all mankind,

and today I have recognized my shortfall,

I repent and turn away from all sin.

Please cover me with your precious blood,

and establish your word in my life,

that I may be found in righteousness and holiness

and write my name in your book of life

and baptize me with the power of the Holy Spirit

in the mighty name of Jesus Christ.

Your Brother in Christ and A Servant of The LORD

This prophecy is five years old, but given the recent news that South Africa‘s parliament has just passed a motion to seize land from white farmers without paying them compensation I wonder if perhaps this vision’s time may be coming to pass. Most concerning. A good reason to pray very hard for South Africa right now.

Hi All
Graham here from Johannesburg, South Africa, I don’t experience any dreams or visions from the Lord, but do listen to Him daily. I follow Z3 quite regularly and am just fasting and praying for God’s will and His guidance. I pray for all of you and that we can all be Watchmen on the wall. Yes the Rand has taken a dive, but us South Africans are resilient and the Church here is doing amazing things. My prayers are with you all
God Bless

I’m a south african I have been reading your prophecies and glad to see something of s.a. posted I dont get visions or dreams so I read as much as I can n pray also and trusting God to save me n my family at the appointed time I dont have much money to invest or buy gold or silver I come from a very poor family but I’m not too concerned about finances though I do wanna be prepared for a time when there will be food shortages especially for my 3 year old son is there any other way I can prepare for such times… thanks and God bless you…

Thank you for this warning from the Holy Spirit; I’ll share this with the contacts I have in S. Africa (a very lovely country, by the way, especially Cape Town).

Thank you for this message. My wife and I live in South Africa and have seen the Rand depreciate over 40% against other currencies over the past few years. However, most people here are oblivious to the economic destruction on the horizon. The old ways of ‘rands in the bank’ is still considered ‘as good as gold’. I fear that many will wake up to find that the ‘rand’ is not as good as gold. We’re seeking the Lord in this time regarding our finances (have invested some money in gold and silver, FAZ (Faz also being an investment in the $ at the same time). But holding foreign currency (cash) is not permitted.

Sounds like you are way ahead of the game holding real assets like gold and silver. And hopefully you can get more soon after selling FAZ for a nice profit!

My discernment both spiritual and financial is this–yes we will see a financial collapse that will impact all currencies/nations as Euro, Yen and USD will stumble. David Wilkerson’s prophecies agree with Kevin Mirasi above. From a dream I had I believe we will for a season have a new currency or currencies backed by gold. But this will only last a season I think. I think neville johnson and Terry Bennett both estimated we have 5-7 years to bring in last harvest before one world govt/financial system/religious system requires obedience to the beast. My personal opinion is elite are using hegelian dialect again. The USD reserve system and bank failures is the thesis–the antithesis is gold backed system–perhaps led by BRICS perhaps all nations–but eventually even gold backed system will fail which is why book of revelation says–they will throw their gold/silver in the streets. The elites know this and their synthesis has always been a currency backed by energy. This is the whole climate change pushed by pope et al will use environmentalism to bring governmental, financial and regligious systems under one rulership. Just like capn trade was for each corporation–smart meters, smart grid and RFID will allow world govt to track down to individual everyone’s energy use and pay will be in energy units too. All water, all land will be owned by world govt as man has been declared the enemy of mother earth and not responsible enough. There will be no more private land ownership. AGenda 21 is morphing into UN agenda 2030 to accomplish this. So in short term yes I think gold/silver a good investment to hedge currency collapses but more importantly we need to prepare to bring in harvest as time is short. And who knows perhaps we can delay the Luciferian elite plan out to past 2040–they are not God and we still have authority on earth.

Just read in the newspaper that South Africa is the number 1 country at risk (most vulnerable) with China’s problems. They are 6th if Fed risk and deleverage risk are included. Study is by S&P.

Amen Billy. And thank you Kevin. May the Lord Jesus find us each with pure hearts and spotless, white robes – ready for His return – keeping busy trying to win more souls to Christ while it is still daytime. Lord Jesus please let us be found pleasing before You. I’m so excited to go to Heaven. I was worshiping Him recently, and singing part of a song out loud to Him. The words of the song were: I don’t want to talk about You Like You’re not in the room; I want to look right at You I want to sing right to You.” And as I finished the last line, the Lord spoke to me and told me, “You will soon.” Praise God! Maranatha Lord Jesus!!